This year one of our newly mins passed skaters interviews one of our long time skaters who is on the clutch of finishing off her own mins. Introductions! Who are you? I’m Alison aka Woolly Thumper and I’ll have been with NTRG for 2 years in February. What made you join roller derby and how long have you been playing? I was introduced to derby by my boss whose girlfriend was going through fresh meat with ARRG. He showed me some videos; I went to watch a couple of bouts and was hooked. I had a taster session with ARRG but their training venues and times didn’t work for me so derby went on the back burner until about a year later when I found out about NTRG. I met the team at a getting-to-know you night in the pub and strapped on a pair of skates the next day. What has NTRG been up to so far this year? This year we have been working on running our fresh meat program in a more formal, organised way which has been very effective and the impact can be seen in the amazing progress our freshies have made. Although we haven't really bouted as a league, our skaters have been bouting as guests for other leagues, in charity bouts and mixed teams and the whole league has benefited from what they have learned. We also took part in the Sur5ors tournament in October which was an amazing experience. We really enjoyed skating against some much more experienced skaters and I think we represented ourselves well. We have had a lot of support from skaters from other leagues, Mean City and Dundee especially, giving up their time to help coach us. We have learned loads and are so grateful, hopefully next year we will be able to pay it forward to other leagues. What have been the highlights for the team & your own personal highlights? Highlights for the team would probably have to be Sur5ors and the great crop of new skaters we have coming through. I am making my way slowly through my mins so every extra lap on my 27/5 and every new skill nailed or fear faced is a highlight for me. How are this year's fresh meat shaping up? AWESOME, lots of talent, determination and a lovely bunch too. What's next for NTRG? 2015 is shaping up to be a pretty exciting year for us; in February we are taking part in Voodoo's Highland Rampage tournament which features 8 teams from across Scotland. We are also taking part in Tier 4 of the British Roller Derby Championships which will keep us busy throughout the year. We are not big enough to have our own home season (yet) so we are working to arrange some more bouts with other leagues both local and further afield. Any final words? I'm really looking forward to 2015. Next year should see me popping my bouting cherry and skating out alongside my fantastic NTRG teammates. I consider myself very lucky to be part of such a lovely bunch of folk and I'm very proud to call myself a New Town Roller Girl. Photo Courtesy of Rudi Pateluch 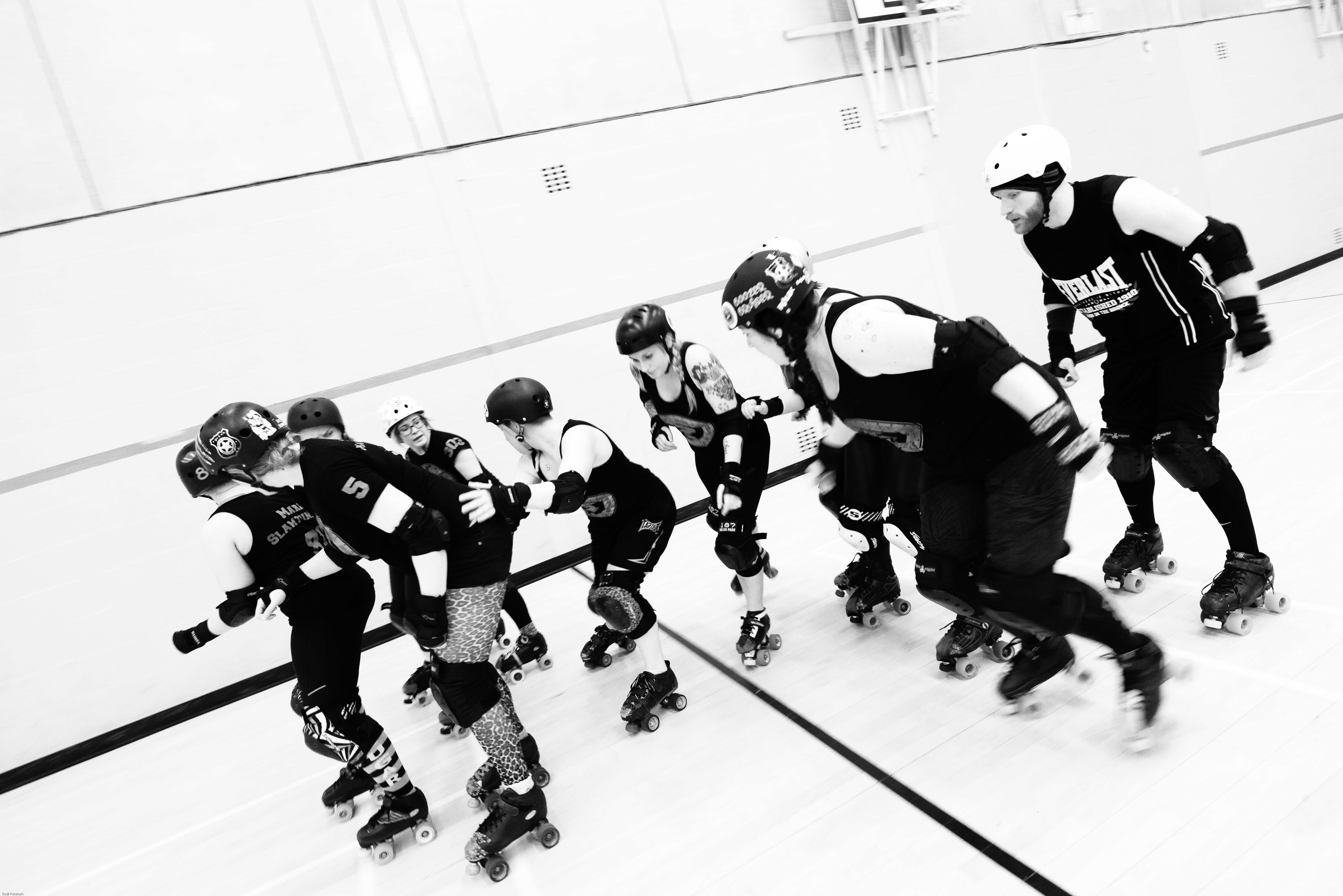