In the last of our features in collaboration with UKRDA, we're talking to Team Scotland's outgoing Head Coach, Alison "Ella Bella Bang-Bang" Noble.

Ella has been involved in Roller Derby almost as long as it has existed in Scotland. She joined Auld Reekie Roller Girls as an official on their founding in 2008, and refereed her first public game at the start of 2009. Since then, she has officiated a huge number of bouts, including Roll Britannia (Europe's first Roller Derby Tournament, 2009), Highland Fling (Scotland's  Derby Tournament, 2010, for which she was Head Referee), and the 2011 Blood &Thunder Women's Roller Derby World Cup. She has coached since 2011, when she became Bench Coach for Auld Reekie's A team, the then Twisted Thistles, and later for ARRG's Home Team the Leithal Weapons. Since 2014, she has transferred to Bairn City Rollers, where she returned to primarily officiating.

Ella served as Head Coach for Team Scotland Roller Derby for the period leading up to and including the 2014 Women's World Cup. She performed this role under her legal name of Alison Noble, in common with some other members of the team. 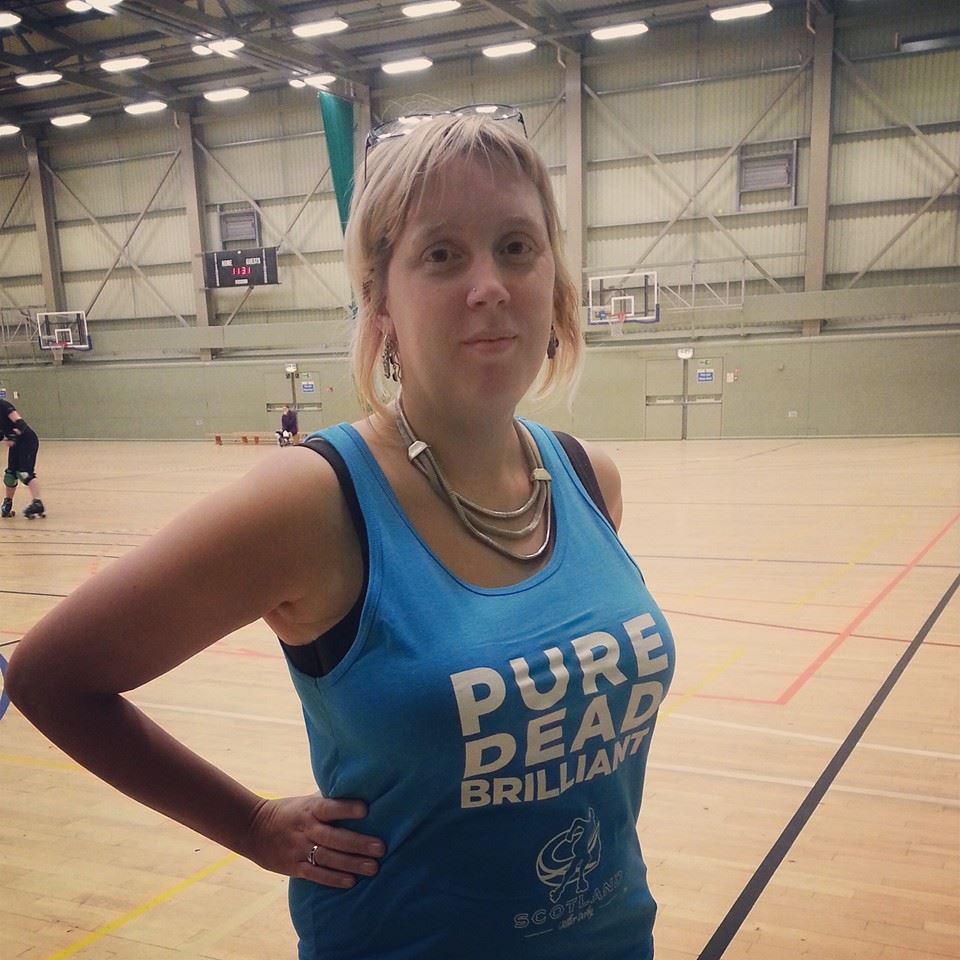 Ella, you're perhaps known as much for your extensive refereeing experience as you are for coaching. What led you to apply to Coach Team Scotland?

Before applying to be Team Scotland Head Coach I had quite a lot of extensive discussions with previous members of Team Scotland. I wanted to get a sense of what they hoped for Team Scotland and for the 2014 World Cup. I also discussed at length with the Captains and Line Up Manager  of ARRG's All-Star team, as that was who I worked closely with as a bench coach. It was after a lengthly chat with Crazylegs of ARRG and a friendly word of support from Mistress Malicious from GRD that I decided to apply. I was bowled over by the support I was offered from my application and many people in the Scottish derby community provided references and letters of support, some of which where very moving.

As well as Coaching, the Coaching roles are also involved in Team selection. What were you looking for when selecting Team Scotland in the tryouts?

At try-outs we where looking for a range of skills and qualities. We wanted this Team Scotland to be as strong as we could make it. We wanted the team to be well bonded, we wanted the team to be able to grow and develop as a team, we wanted dedicated people who would strive to do their best for the team. We had agreed Selection Criteria and Process. And I have to say that the level of skill and talent on display at the try-outs was phenomenal!! It was incredibly difficult to select our training squad, and then to select our Roster of 20 for the World Cup itself was exceptionally hard. We had a great team of hard working and dedicated skaters, who were all brilliant at responding to advice and criticism and were constantly improving and pushing each other on.

One of the difficult issues with National team training can be bringing together skaters from different leagues into one coherent force. How did you get Team Scotland working together in the relatively short time you had?

We had regular training which helped this and we spent some time discussing groupings and establishing roles within the team. We looked at strengths and areas for development and how we could support each other. Once we had established roles within the training squad, it allowed us to develop focused training where people could work on assigned roles and with pairings or groups that we felt would work for the teams. We had warm up games, which really helped us test these out in real game situations, which was brilliant for us as it allowed us to make important little tweaks. We also had fantastic Captains who really helped the team bond and become focused on common goals. The Captains did an incredible job of pulling the skaters together and making Team Scotland a solid unit.

Obviously, the big event for Team Scotland was the World Cup in Dallas - but TS had lots of other experiences along the way. What were your highlights of the whole coaching experience?

Obviously I loved the World Cup. But I would have to say the highlights for me would be our warm up games. The team really pulled together for our Hot or What game and a closed game we had against Brawl Saints. It was great to see that in the early stages the hard work that everyone single skater was putting in was really paying off. But the biggest Highlight was the Road to Dallas tournament in Wales. The team did an astounding job. And every one of those games brought us new challenges that every member of Team Scotland rose to. I think it was then that we really showed how far Team Scotland had come.

What advice would you give the next Head Coach of Team Scotland?

My advice for the next coach would be that you remember to take the time to really see how truly inspiring the team can be. The drive and determination demonstrated by every single member of the Scottish derby community who tried out for the team, or supported the team or who worked with the team, or who attended our training to support the teams develop through participating in drills or officiating is awe inspiring.

I loved being part of Team Scotland. I would do it all again and I would give it everything I could possibly give. I am sorry that I can not apply this time round but I can not give Team Scotland the time it deserves.

I will support the team in any way I can and I offer my full support to whoever takes up this brilliant opportunity to help lead Team Scotland to the 2017 World Cup. 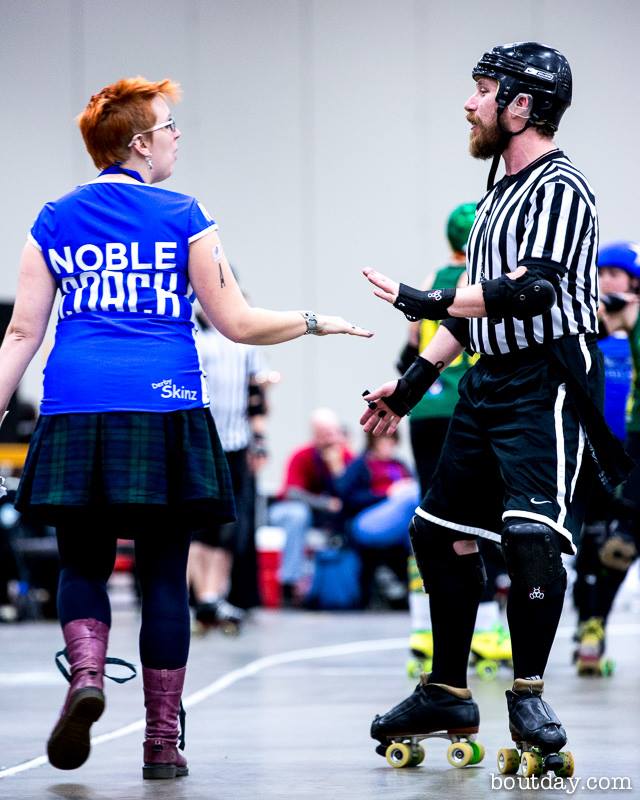 If you feel that you can help to Coach Team Scotland into the 2017 World Cup, following in Ella's example, then you can still apply. Applications close at midnight, Monday 7th March, and the form can be downloaded here: https://drive.google.com/file/d/0B-XTeOpUghUFdUJjMGQxczVVMnM/view?pref=2&pli=1