Get along to The Arc,Cowcaddens Road Glasgow for the second of GRG's home team bouts.Kicking off at 12:30pm on the 3rd of September,this bout features Hells Belles vs The Bad Omens.Entry is a paltry £6 or you can get advance tickets for £5 from here as usual,under 14's get in free. 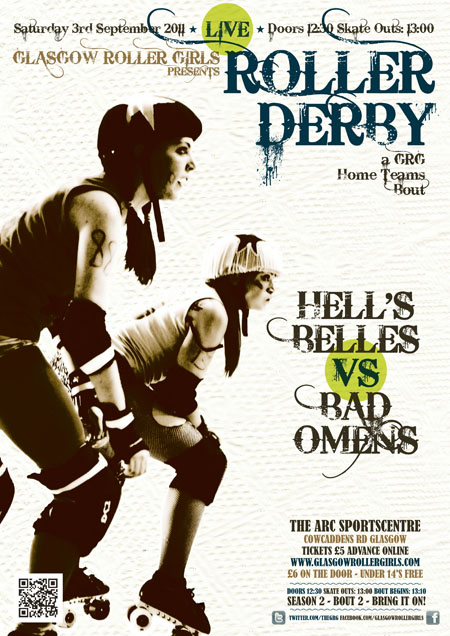 Team Scotland In The News

A quick roundup of Team Scotland news stories,for the first ever World Cup ,held in Toronto at the end of the year. First up is The Perthshire Advertiser,next is The Courier,a newer piece from the Aberdeen Voice and finally a report from one of the American Networks.

The second of ARRG's Edinburgh Festival bouts gets under way at Meadowbank Sports Centre,London Road Edinburgh on the 20th of August 2011. Doors Open 2pm,Entry is a measly £5.Tickets will go fast for this one and are probably best to be booked in advance

ARRG won the bout the last time the two teams met,so the Stuttgart girls will be hungry to even the score,should make for a great bout. 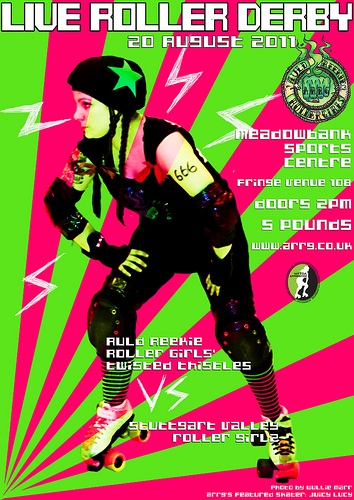 Between the 1st and 4th of December 2011,the first ever Roller Derby World Cup will be held in Toronto,Canada. Hosted by Toronto Roller Derby and organised by the mighty Blood And Thunder Magazine,this promises to be a hell of an event. Team Scotland is proud to be representing our skaters and Roller Derby fans across the country,please donate whatever you can via the teams' Paypal link and help Team Scotland make it to Toronto. A fundraising event is in place on the 13th of August at Trader Joes,325 Hope St,Glasgow 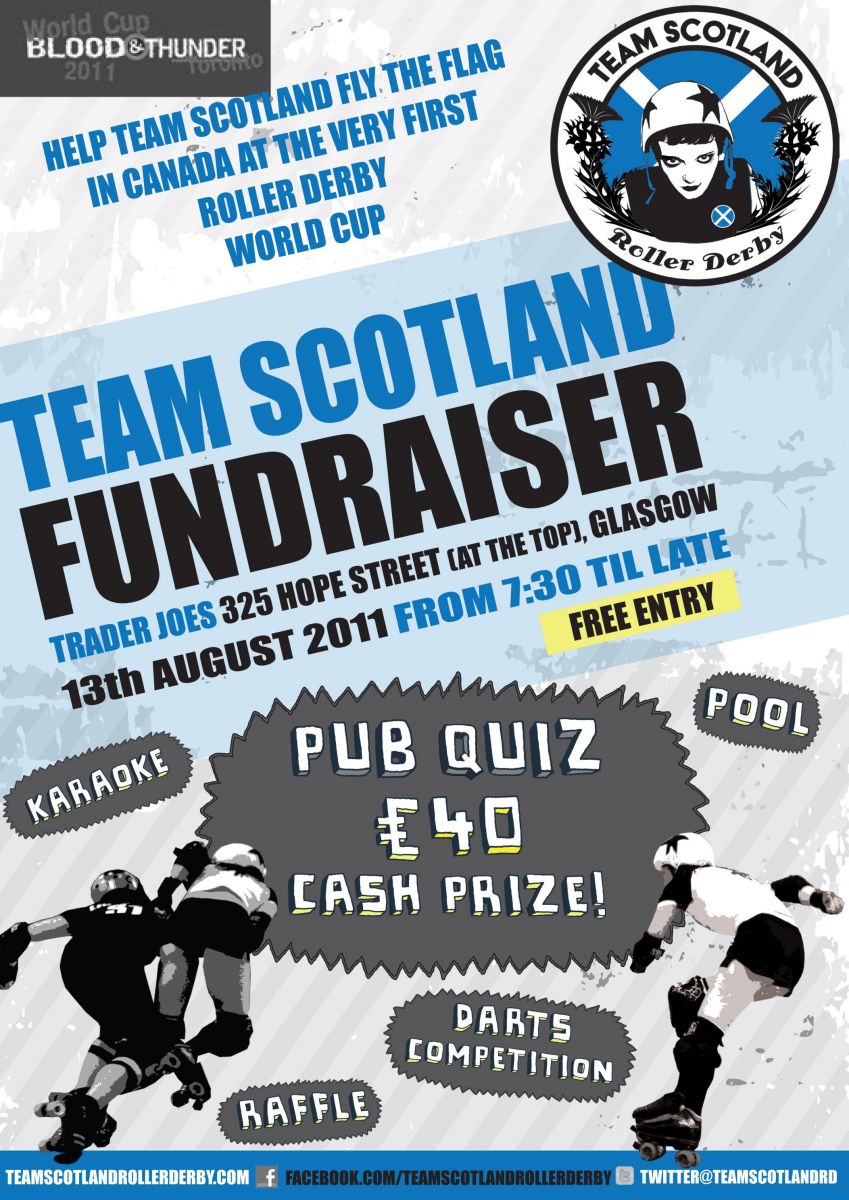 The recent bout between these two ended in Stuttgart's favour,final score 111-65. In case you missed it,you can watch the footage here You can also read GRG's account of the trip here

Glasgow's home teams,the Bad Omens and the Death Stars,go head to head in their first bout this season.The action is at The Arc,Cowcaddens Road,Saturday 30th July,entry £5,under 14's free The Bad Omens are defending champions,so The Death Stars should be hungry to put that right,should make for a great bout! 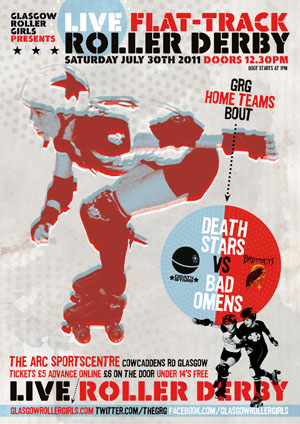 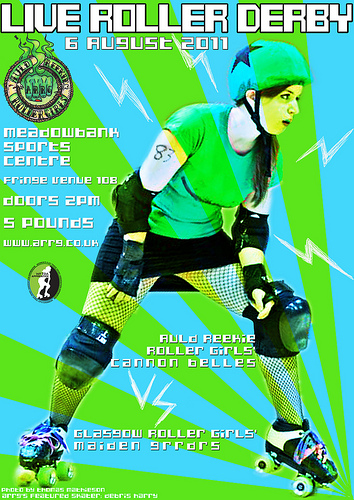 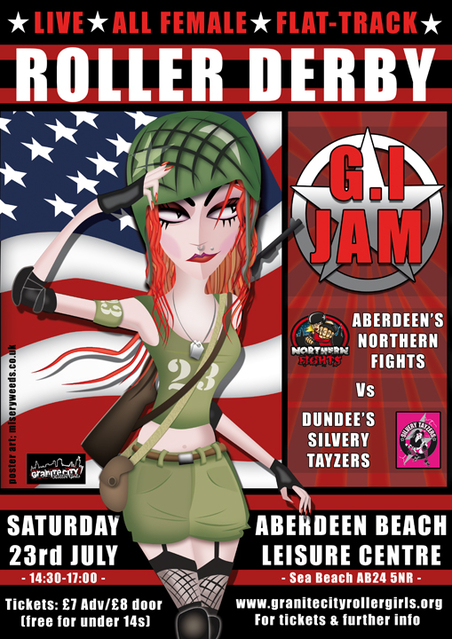 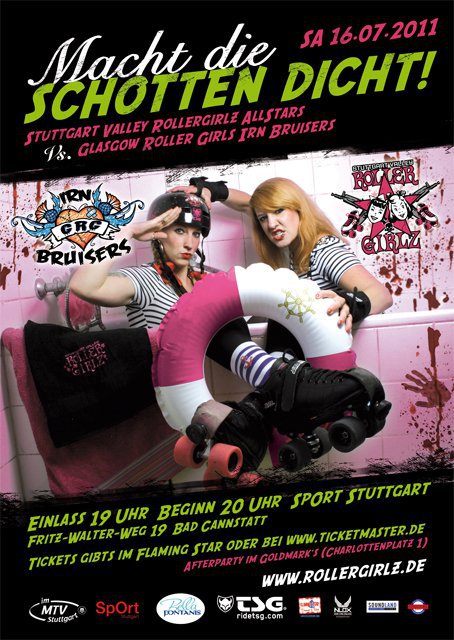 Welcome one and all to the Scottish Roller Derby blog.This is intended to be a one stop shop for all things derby related in Scotland.Covering news on things like boot camps,fund raising events,upcoming bouts and bout reports,as well as all the information and pictures we can find on whatever is happening around the country.