Perth's finest,the Fair City Rollers are having a fundraiser on 3rd September,it's at The Corinna,Atholl St,Perth,and kicks off at 7pm,entry is £4. Band's include the intruigingly named,I Punched A Lion,amongst others,with more to be confirmed,and a raffle with some epic prizes. Get yourselves along to support your local Derby team and party with the lovely Perth ladies. 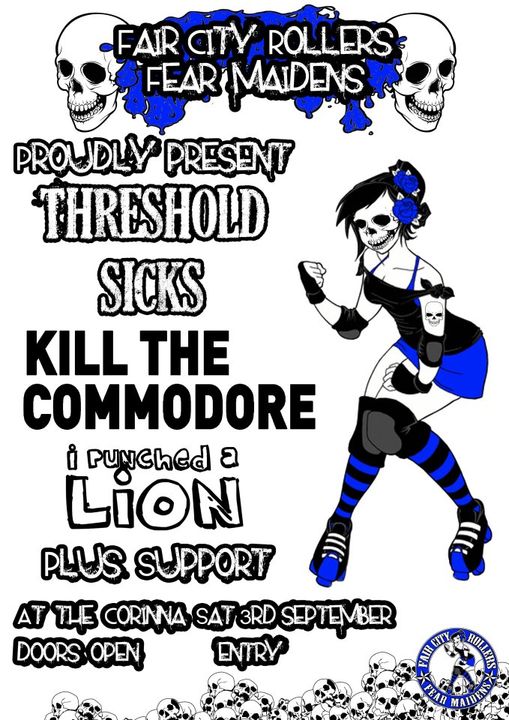 Posted: by scottishrollerderby 2011-08-25 13:17
Tags:  arrg cannon belles twisted thistles upcoming bouts
ARRG head way down over the border,to take on the London Rockin' Rollers in a fantastic double header... Need For Greed. The first match will be between LRR's Rising Stars and ARRG's Cannon Belles,while the main event will be LRR's All Stars against ARRG's Twisted Thistles.Tickets can be purchased via Paypal at the LRR website 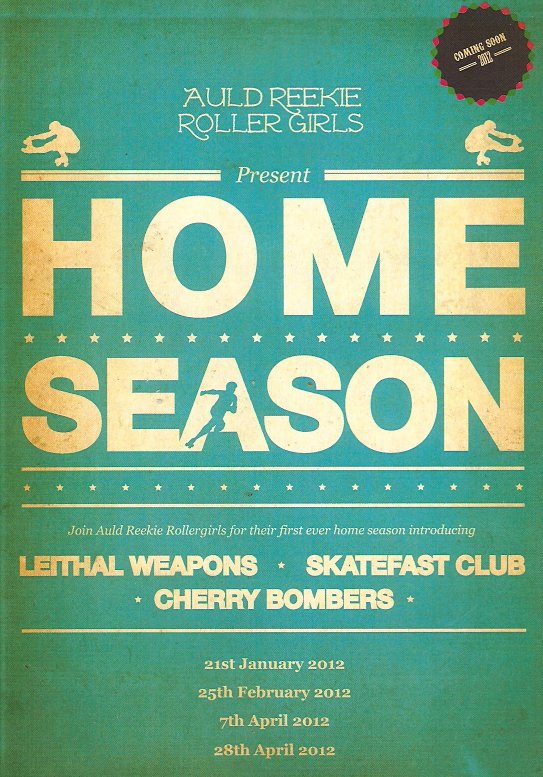 Team Scotland Vs The Best Of The Rest

On the 10th of September Team Scotland will take on 'The Best Of The Rest' in a fundraising bout at The Arc,Cowcaddens Road,Glasgow.The action starts at 13:30,doors open an hour before and entry is £6,proceeds will go towards helping our skaters get to Toronto for the first Roller Derby World Cup at the end of the year. 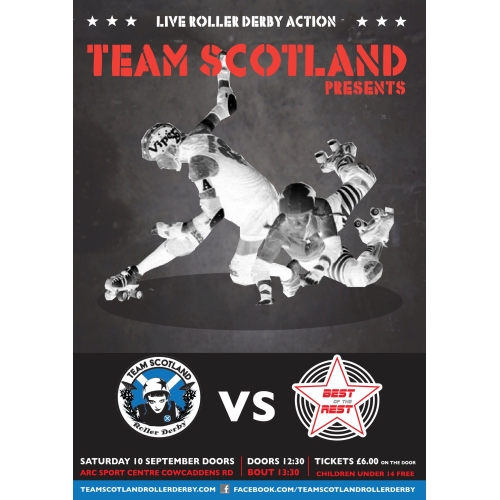 First off i must apologise for not knowing that RDUKTV were streaming the bout live.Had i known,i would have had a link up. To make up for that,you can watch some of the bout here It was a superb game,ARRG got off to a flying start in the first period,but Stuttgart clawed their way back level before the end of the first half,from then on it was nail biting,neck and neck stuff,ending in victory for Stuttgart by a single point,final score 95 to 94.

If you mosey over here you can read a report on the first of the ARRG Edinburgh Festival bouts against the might of GRG . Excellent report featuring some great photos and video.All the work of Aoanla from his blog,Ante Ortus A Novus Lumen Ars

Posted: by scottishrollerderby 2011-08-17 11:23
Tags:  fresh meat fvrg
Fierce Valley Roller Girls next Fresh Meat intake is on Sunday 28th of August at Grangemouth Sports Centre,if you fancy playing Derby for FVRG,then get along and meet the team .This event is not only for potential skaters,but for non skating officials and referees too.Derby has lots of opportunities for officials,scorekeepers and even photographers and announcers. If you want to go along,just fill out the FVRG Fresh Meat registration form ,where you can also find additional information on what to wear,safety equipment etc 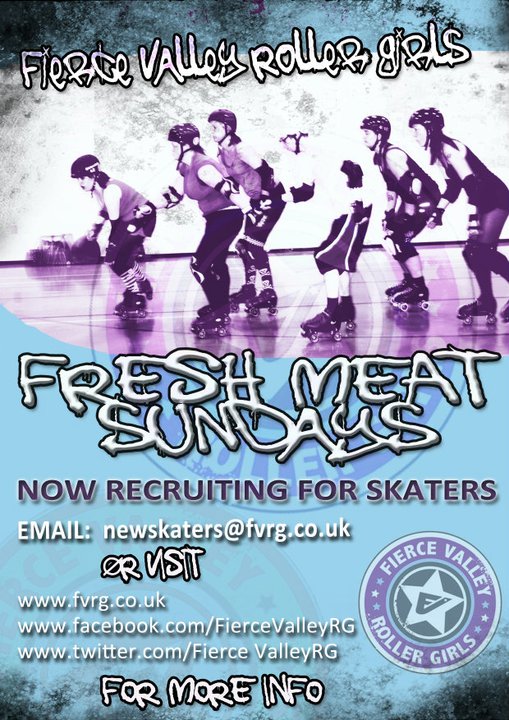 Posted: by scottishrollerderby 2011-08-17 11:11
Tags:  fundraiser event fundraising events fvrg
Fierce Valley Roller Girls are hosting their own festival fundraiser.Featuring a lineup of local bands,expect anything from punk to metal,tickets are a reasonable £7,or £6 if you order advance tickets from here ,doors open 7:30pm,first band on at 8:00pm and the whole thing takes place at Greenpark Community Centre, Polmont on the 3rd of September 2011. Get along and support your local Derby team and see the likes of Shatterhand ,Looks Can Be Decieving ,The Colony ,and Final Silence. 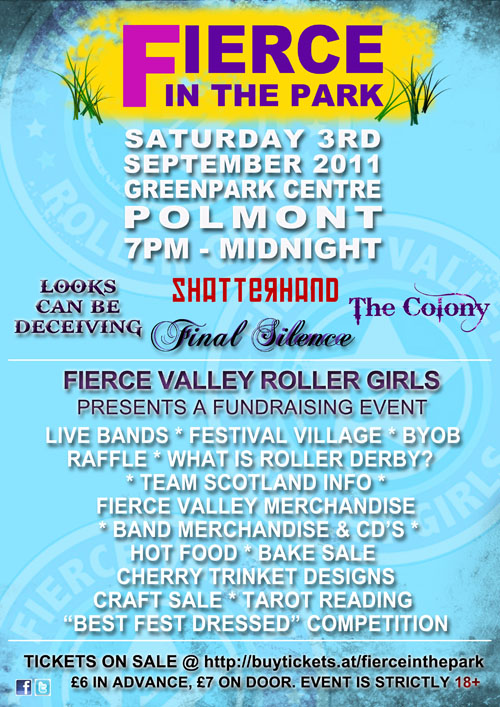 Posted: by scottishrollerderby 2011-08-16 13:59
Tags:  drg fundraiser event fundraising events
Dundee Roller Girls host a fundraiser night at the end of the month,It's on the 30th of July,check the flyer for details and go along to support your local Derby team. 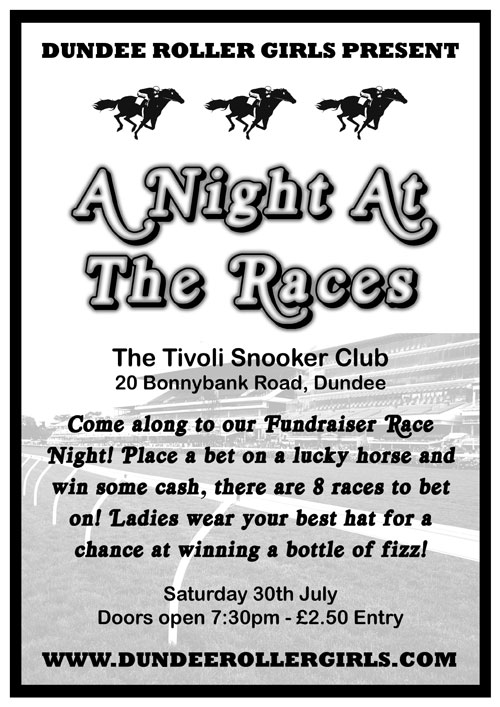