Dundee Roller Girls are hosting a Pop & Entertainment Quiz Night on Tuesday 4th October, it's at Drouthy Neebors and starts a 7:30pm. Entry is £10 per team of 4.

Quiz will start shortly after 7:30pm so get there early to get your team registered and get a good seat! Cash prize for the winning team! 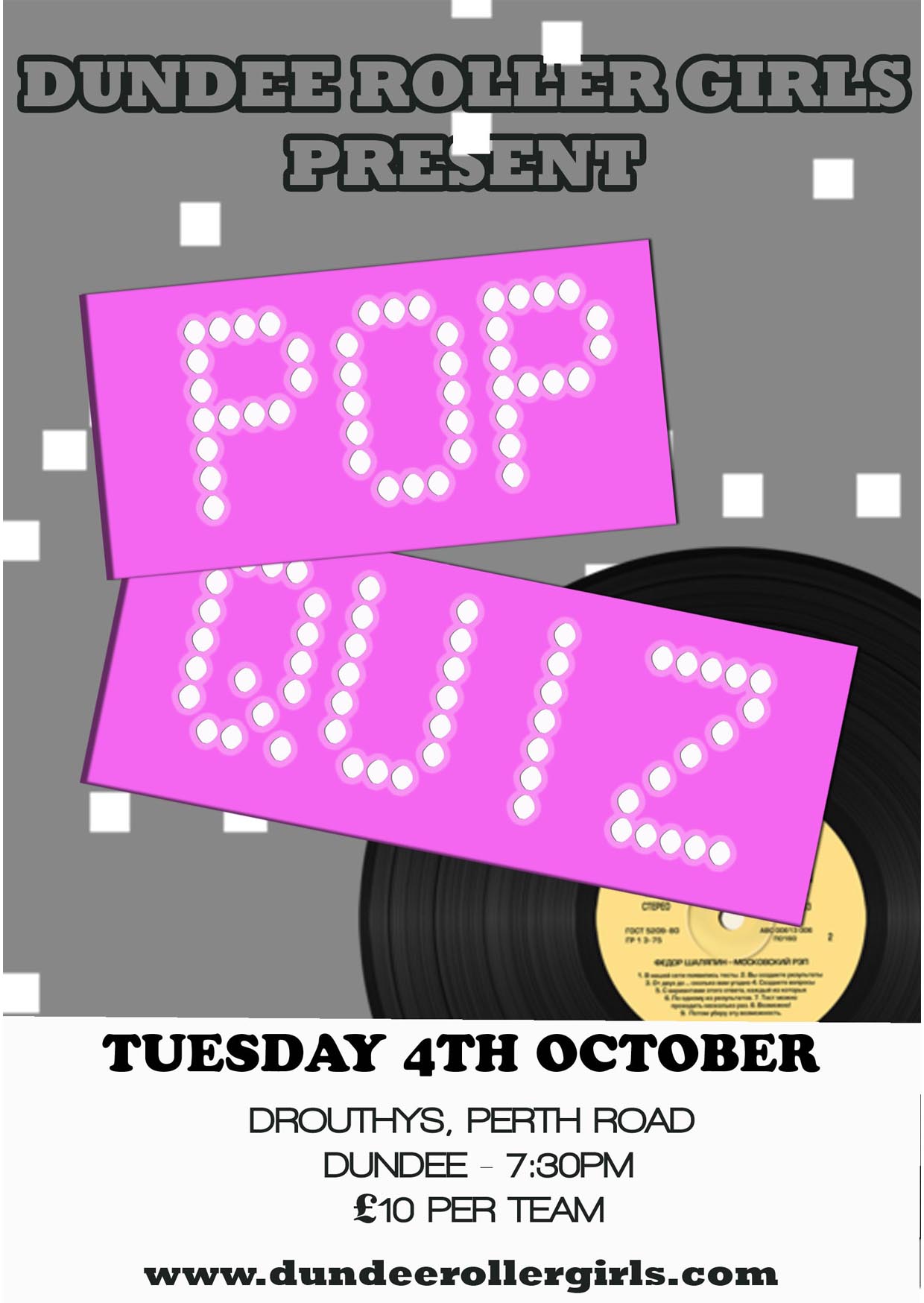 The Fair City Rollers travel down to Huddersfield to take on The Wakey Wheeled Cats on Saturday the 24th of September,£5 entry,under 10's go free,stalls and bar and a spot of wrestling at half time! Directions 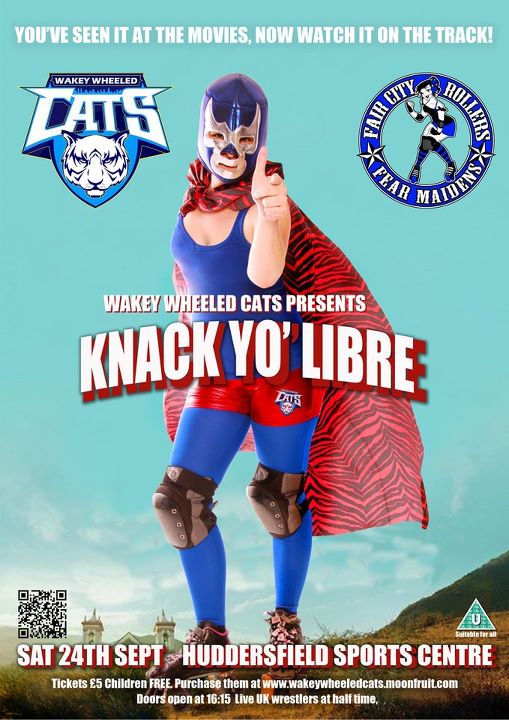 I thought i would highlight a few of the best Roller Derby videos doing the rounds on Youtube,theres quite a lot out there,so this may turn into a series.

All these feature American Leagues,and yes there will be a Scottish league post at some point.Theres quite a bit of background info on Derby in these videos,from how the sport is played,to an insight into how much hard work actually goes on behind the scenes to run a league.All interesting and indeed, educational stuff.

First up is Roller Derby Revival,from the Cincinnatti Rollergirls

Next a two parter from the Windy City Rollergirls,Chicago

Finally a four part video from The Boston Derby Dames

Perth's finest, the Fair City Rollers will be holding a Fresh Meat session at The Bell Sports Centre,in Perth,7pm on Tuesday 27th of September. If you fancy trying your hand at this Roller Derby thing,then mark that date in your diary and get in contact with FCR via their website/Facebook. They will be able to answer all queries about what to wear,safety equipment,skates etc. 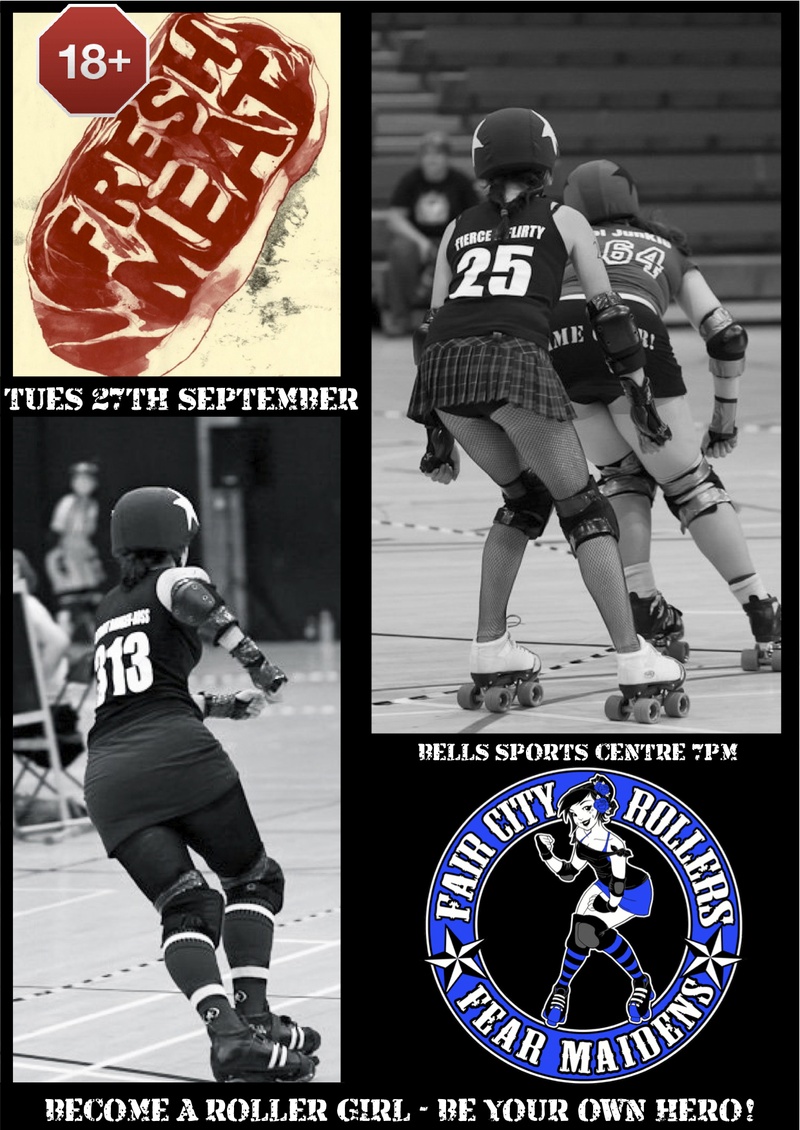 Posted: by scottishrollerderby 2011-09-06 00:37
Tags:  in the news roller derby world cup roller derby world cup 2011 team scotland
Derbylife have an ongoing series of interviews with members of each team attending the forthcoming Roller Derby World Cup being held in Toronto in December. You can read the entry for Team Scotland as well as Team Argentina,Team Canada,Team Finland, Team England and Team Ireland.

Once again Aoanla treats us to an excellent review this time for the recent Glasgow Roller Girls home team bout between Hell's Belles and Bad Omens. As we have come to expect,its a blow by blow account of the game with pics and video. 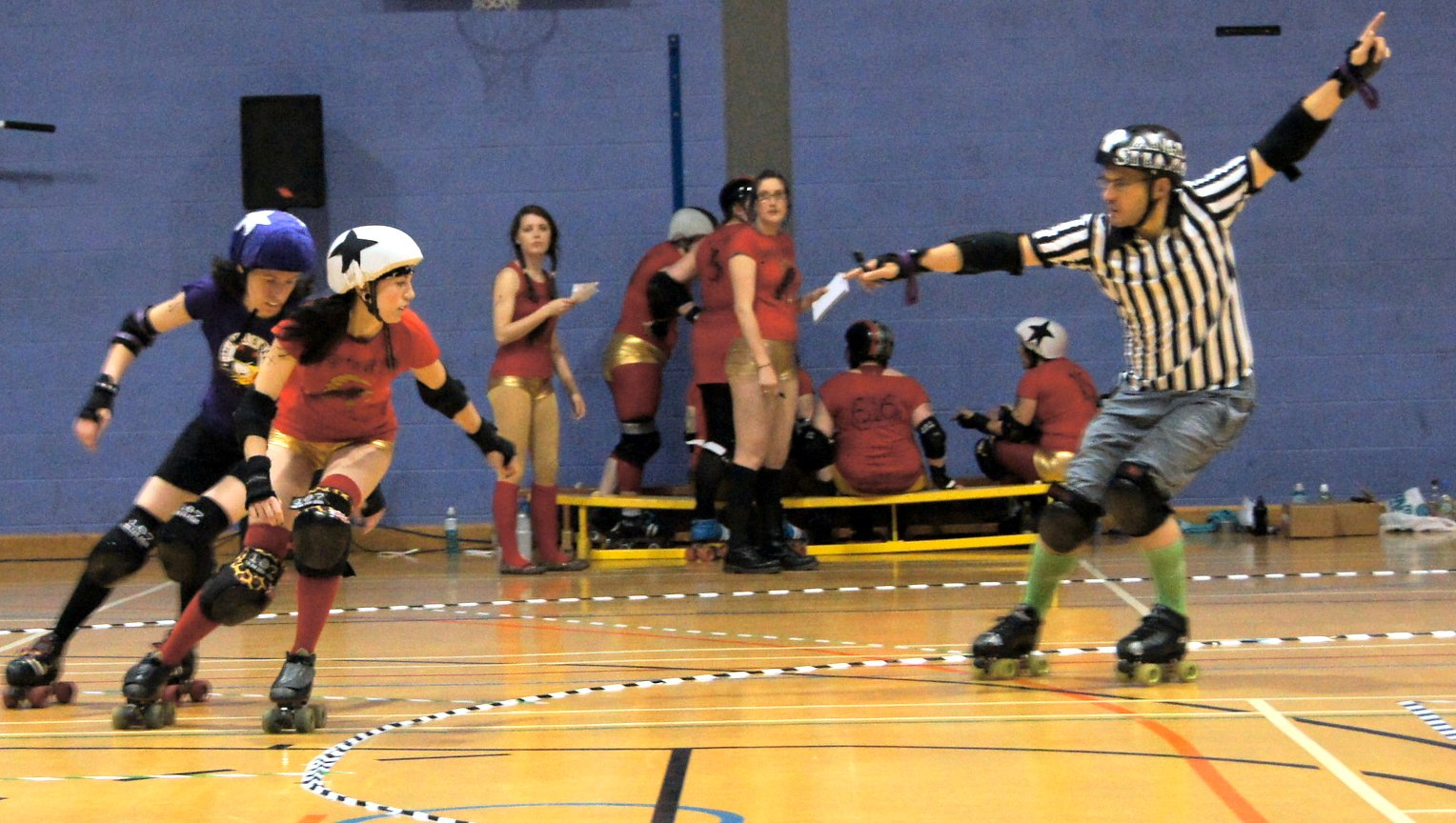 All the work of Aoanla,from his blog Ante Ortus A Novus Ars Featured pic by Aoanla

Have a look at this review courtesy of Aoanla at his blog Ante Ortus A Novus Lumen Ars A blow by blow account of the bout with some great pics and some video here. 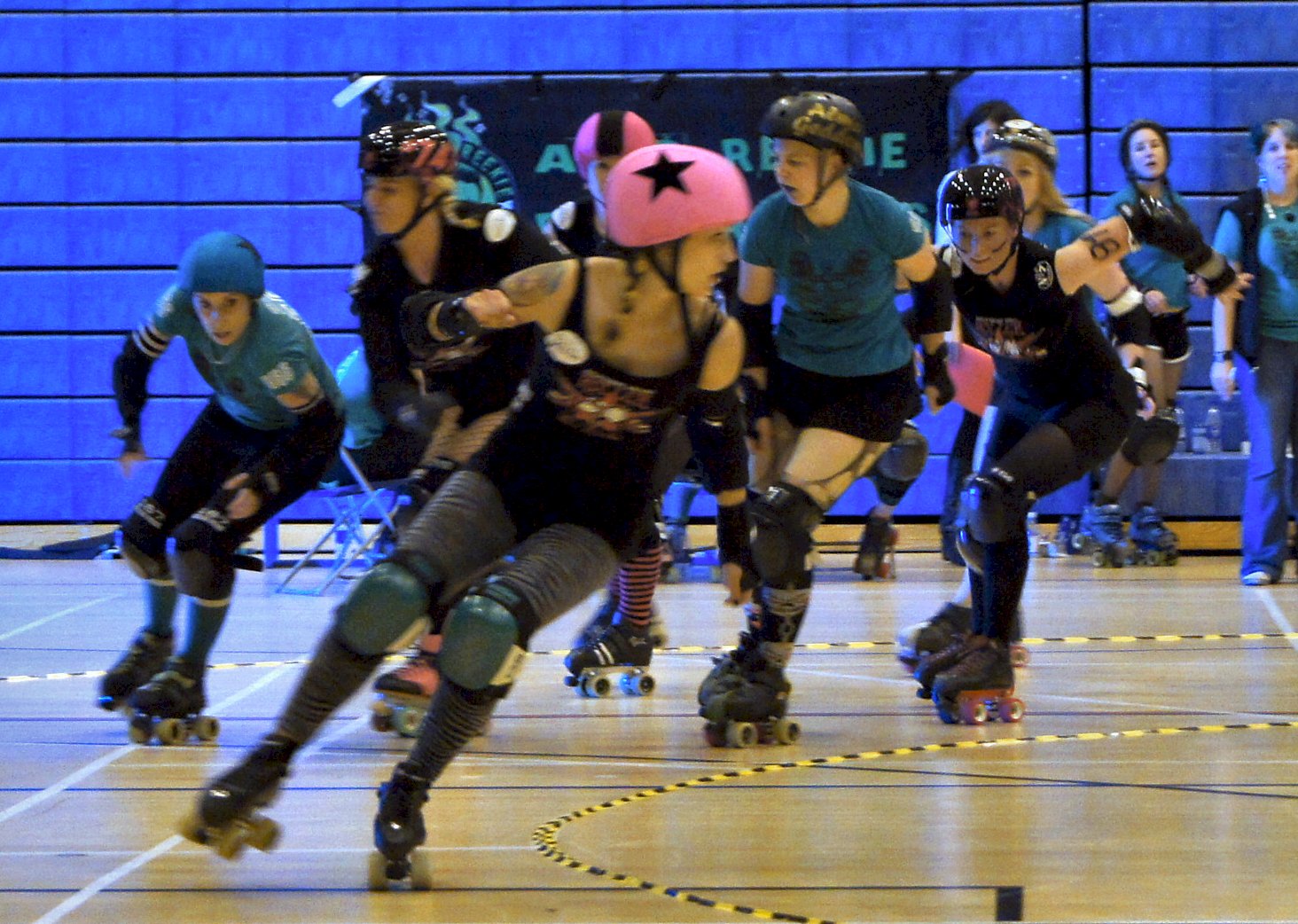 It's official,the Womens Flat Track Derby Association has welcomed Auld Reekie Roller Girls as a member.Making ARRG Scotland's first full WFTDA member and only the second league in the UK after The London Roller Girls to achieve such a thing. Congratulations to all at ARRG,in particular to those who worked so hard on putting this into place,this is great news for Scottish Derby as a whole.

The team roster for the forthcoming Roller Derby World Cup is as follows:

This is the team that will play The Best Of The Rest ,this bout will be their first outing as Team Scotland and should be a great warm up for the World Cup.

Ladies and Gentlemen,Boys and Girls,roll up for the spectacular marvel of Granite City Roller Girls hosting Manchester Roller Derby at the rather lovely Beach Leisure Centre,Aberdeen. The action starts at 2:30 pm on the 24th of September 2011,advance tickets £5 from the GCRG website,or £6 on the door,under 14's go free 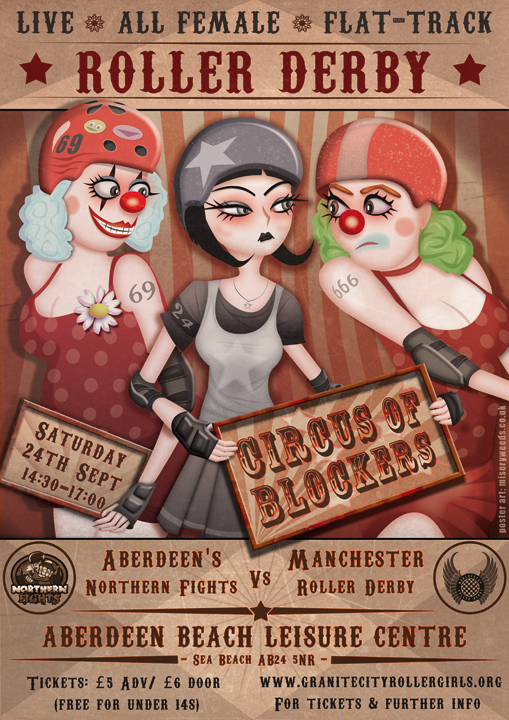