Monthly Diary of a League: Fierce Valley in April: Bloodhoney

Slightly delayed for reasons outside the interviewee's control, here's Fierce Valley Roller Girls latest monthly diary entry. This month, Grizabelta chose Bloodhoney, who's not just a strong element of Fierce Valley herself, but also the source of two of their most reliable fans - her husband and son! 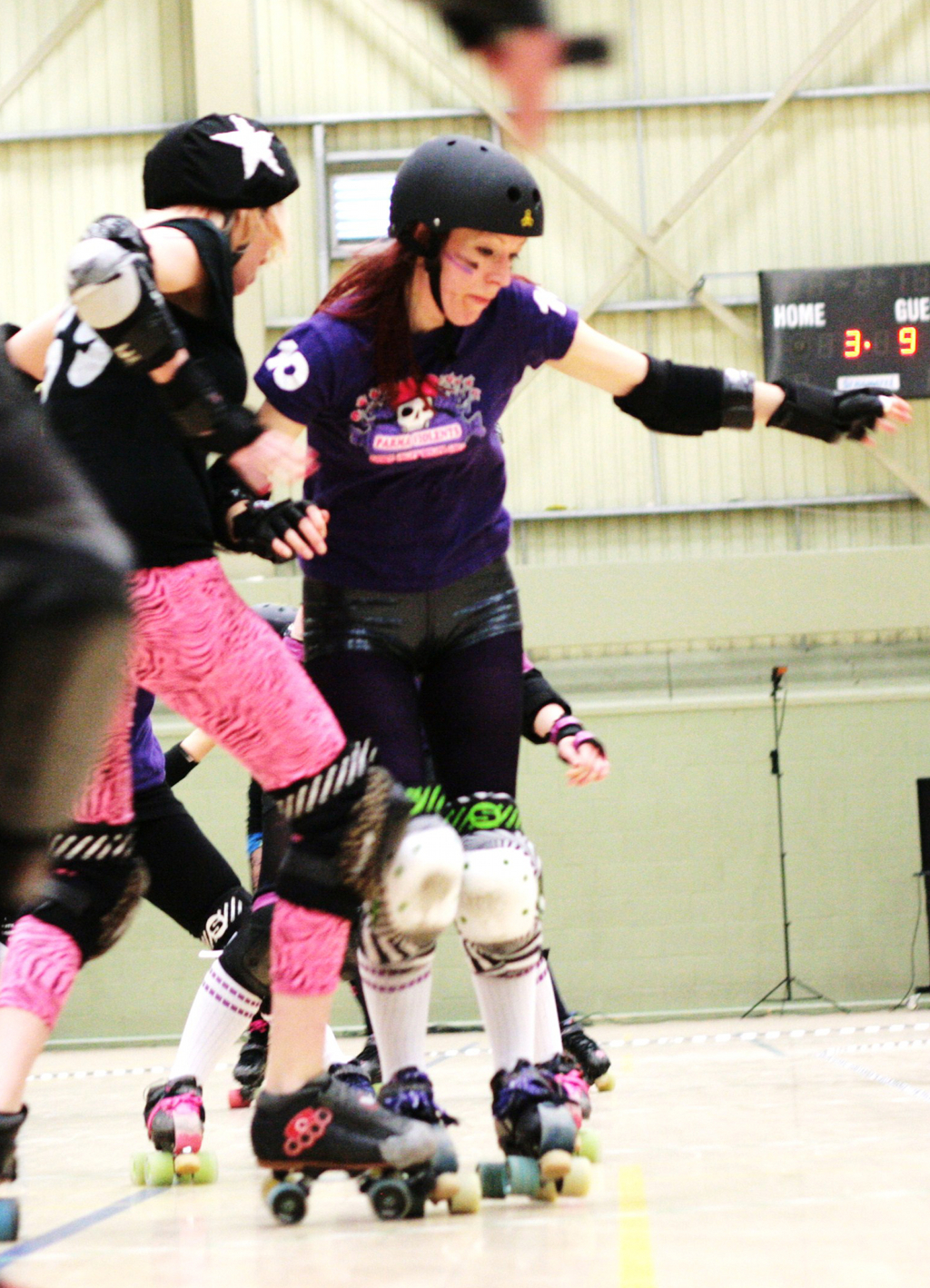 I had looked into Roller Derby on and off for years but never plucked up the courage to go along. One day I decided to bite the bullet and do something about it. Initially, I was going to go to ARRG as I thought they were the only team close by but after a quick search on Facebook I came across FVRG, a new league at the time who had only been running for a few months. FVRG seemed less daunting to I went along to a Sunday session and haven't looked back.

Like most of us Roller Girls picking out the right name took an age! Being one of the older girls in league my musical tastes are still stuck in the 90's and I wanted something music related in my name. I'm a huge Pearl Jam fan but this seemed too obvious so I went for the next best thing, Mudhoney. Eventually I came up with Bloodhoney. Does it reflect my personality on track? Probably not yet, I'm not the biggest hitter but hopefully over time I will grow into it!

Confidence, just like now! I've never been the most confident person, so going into Roller Derby was quite a big deal for me. There's always new challenges within Derby, you master one thing and next up there's something else to work on. The most important thing is to keep trying, as hard as I try I still can not do transitions, it's infuriating but I keep on trying!

How have I not? Roller Derby takes over pretty quickly! I'll pretty much talk to anyone and everyone about Roller Derby and to be fair most people are genuinely interested and a few have joined the league. Facebook updates are generally Derby related; it kind of takes over!

We've been working on our walls a lot recently and I can see a huge difference in our team work. Whereas before we would all be working on our own positions we now are working much more as a unit and the results are impressive!

Again transitions. We have had quite a few training sessions on them now, I've watched the newbies come up and master them pretty quickly and I still can not do them, I have no idea what it will take for me to do one, I'm hoping that one day it will just happen! The best thing would be just seeing how we have come on as a team. I think everyone would agree that the difference in our performance from our first bout and second was pretty good. We came out of the bout with Dundee feeling proud, even if we did get beat!

What's new in FVRG this month?

April is a busy month for FVRG. Besides training for our bout in Belfast we have a fundraiser "The Craft Emporium" on the 28th of April to help get us there! We're also working hard on getting the Fierce Valley Roller Cubs (Scotland's 1st junior Roller Derby league) up and running, so anyone out there with little guys that want to have a go at Derby, get in touch!

Next month's interviewee will be Hey Ho Let's Jo!.