If you're snowed in tomorrow, at least you can read this latest diary entry from Fierce Valley's Lila de Thrash! 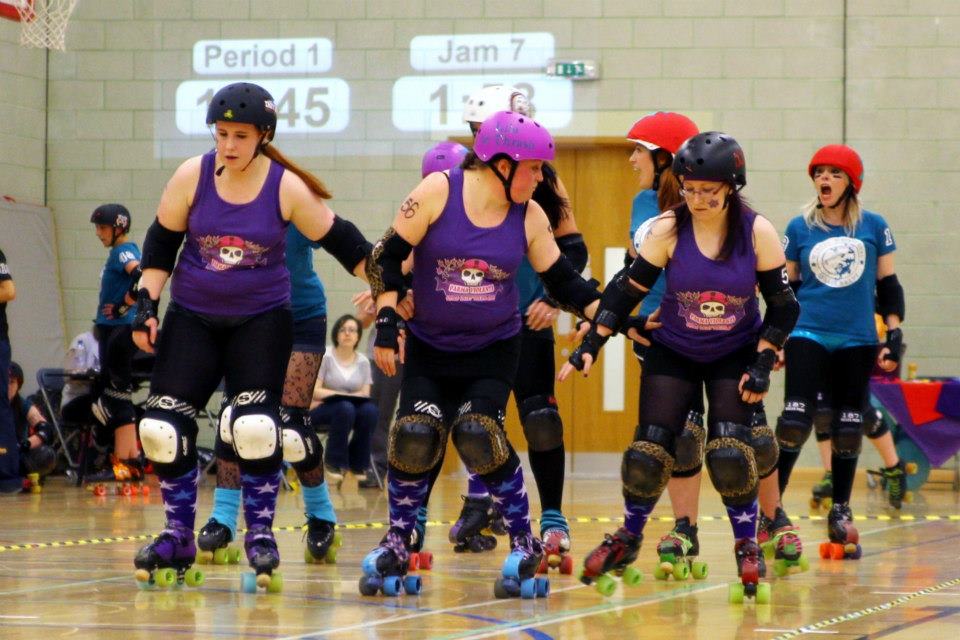 What first attracted you to Roller Derby? I first heard about Roller Derby through my friend and now derby wife, Bobbie Bang Bang. She and her sister Ella Bella Bang Bang had started training with ARRG and said I should come along. I went to my first session and loved it. That was in 2008 (I think :/)

Who are your derby heroes? Gosh! There are so many! All the girls I used to train with at ARRG and of course my wife Bobbie Bang Bang, who I wouldn't have found derby without.

Derby names are an important aspect of the sport, especially whenyou're starting out. How did you choose your name, and how does it reflect your personality on track? Haha My boyfriend wanted me to call myself Janey Rotten Crotch but I didn't fancy that being called out at a bout, lol( also found it was taken on twoevils). I wanted my name to sound a little like my first name so I would respond to it when shouted at and also something that would inspire fear into the hearts if my opponents, haha, and I thought Lila de Thrash fit the bill.

What was your biggest initial difficulty? Oh god! Not falling on my ass! I fell a couple of times and really hurt my tailbone. Couldn't sit on a hard surface for months! Glad to say I have learned the art of the knee fall...

Lots of roller girls find it hard not to spread the word about their new sport. How have you been spreading the word? I find word of mouth is the best way to do this. My work colleagues must be sick of me going on about skating.

What’s the most important thing you’ve learnt/ done this month? The most important thing I've done was play in For Whom The Skate Rolls. I've been working hard to make the bouting team since having my daughter in March. I was off on maternity leave for almost a year from skating. It was amazing to bout again, instead of just watching

What were the most difficult and the best things? I think the most difficult thing is continuing to make practice while being back at work and having a family and making time for me and my partner. Good thing my partner supports me in my obsession even if he doesn't want to participate, lol. The best thing has to be skating with my Fierceys in a bout for the first time. It was awesome and we were Fierce!

What's new for the Fierce Valley this month? It's going to be a busy month we have our Christmas Craft emporium on Saturday 8th at the Masonic Hall in Falkirk. It's the league's AGM on the 13th, think some of us are taking part in the Jakey [Bites]'s Sur5al Coed tournament and we are having our own wee roller disco on the 21st. Full of festive cheer!