An Interview With Krusty Thud:GCRG's 2012 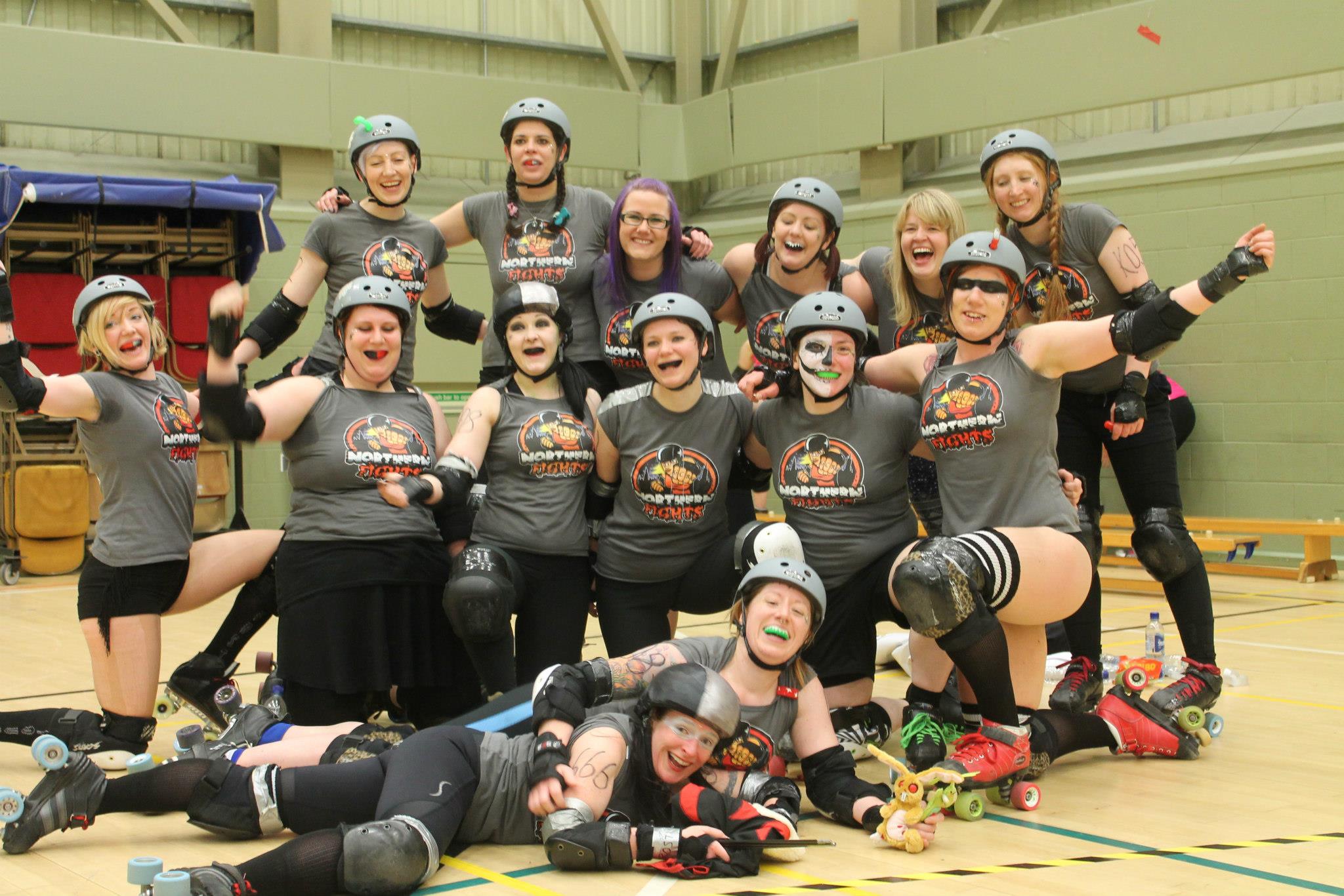 Photography by Man On Gerrard

Latest in a series of end of year interviews, this time it's the turn of Krusty Thud, Chair of Granite City Roller Girls to look back over the last year and forward to 2013.

Granite City Roller Girls had a less than ideal start to 2012,with the news of the loss of your bouting venue,after nearly a year without a home,are you any closer to finding a new venue in Aberdeen?

It has been a constant struggle. Alternative venues were approached but we’re very limited with venues in Aberdeen as they are generally too small. We’ve had various support and at the moment we’re in talks with other medias outside Aberdeen. If our current plan doesn’t end positively then we’ll seek help from them. I am limited as to what I can say at the moment but I will keep you posted.

Impressively ,the lack of a home venue did not prevent GCRG having a season,albeit an all away one.With the help of Fair City Rollers,you hosted Granite City's first Intraleague bout in Perth,which featured skaters from every bouting league in the country lending a hand.Were you surprised at the level of support shown by the other Scottish leagues?

I wasn’t surprised but more humbled by the support within Scottish Roller Derby. Slaughtership Down was a fantastic day and FCR were brilliant hosts, the intraleague bout was a cracking way to unite varied talents from various Scottish leagues and give skaters a chance to skate with all levels of skaters. It was also something a little different for spectators. DRG supported us by inviting us to do a double-header bout with them in November, we had a home for the day :D This meant we could invite Newcastle for a return bout, and as you know it turned out to be one hell of a game! DRG did us proud with all the organising and being so supportive.

With road trips to Lincolnshire and Belfast amongst other places,having a GCRG skater carry the Olympic Torch and one of the most nail-biting bouts of the year against Newcastle Roller Girls to pick from,What have been the team's highlights for the 2012?

Despite the lack of venue, GCRG did fantastic in 2012 and indeed we have had many a highlight, all difficult to choose from because there were proud moments in all events. Being able to watch Carolyn (Clinically Wasted) carry the Olympic Torch was amazing, we couldn’t be more proud of her and it was well deserved. Personally I think the Newcastle bout ended 2012 on a huge high for us as it was a 50 point difference last time we played them in Newcastle. And yes - a nail-biter of a finish it certainly was! It proved to us that all the hard work we’ve been putting in is paying off with regards to training and gelling as a team. All members of GCRG are putting in 100% and I am so proud of everyone and their own personal achievements.

GCRG started a rather slick quarterly newsletter in August,how did the idea for that come about and how did you get it up and running?

Lynne (Hugger-naut) came up with the idea and with her past experience of being a journalist and sub-editor, we jumped at the chance. Lynne felt she was unable to commit fully to our Promotions team due to her work and other sporting commitments, so this was her way of helping promote GCRG. Originally it was supposed to be a couple of pages long, but it grew to 8 pages, clearly GCRG have a lot to say! And I am very privileged because I’m allowed a sneak peek before it’s published :D She comes up with ideas and with input and help from members she produces a fun and informative newsletter. It’s great for everyone to get involved in with their thoughts and ideas, and it gives an insight to GCRG and roller derby for our newer members and supporters.

Looking to the future,we have the new rule set on the horizon,are you looking forward to the change to no minors and do you think that WFTDA have been successful in streamlining the game for both fans and skaters?

I was a little apprehensive at first but think it will be quite exciting now the rules are out there. With regards to streamlining I think it will work, but I guess that will become apparent in time. It will be faster game with the elimination of the minors which slowed the game in my eyes. Also it will be a nice challenge for GCRGs referees being bombarded with questions and also the skaters for coming up with some new tactical game plays.

We have a few away bouts already in the pipeline, one being Tenerife in September, so we’re very excited about that. It will be a nice holiday too. At this moment in time we are restricted with lack of home venue but regardless of this, we will have plenty of bouts in 2012, watch this space! Also, we have our next ‘Fresh Meat’ Saturday 26th January 2013. We have a busy Fundraising team getting ideas into motion to help raise money for all our away games, as we don’t have the income from home games, as well as our charity and community events that we’re heavily involved in. There’s never a dull moment for GCRG and we’re always working and training as hard as we can. We never give up, we love this game and will do what we can to keep on playing it!