We know how much everyone looks forward to the Monthly Diaries (or at least, I like to believe you do!), and felt bad about short changing our loyal viewers with only one entry last month. So, this month we have an extra bonus diary to make up for it, from Glasgow/Renfrewshire's newest league: Deadly Divas Roller Girls, here's Juggs Knock'er. 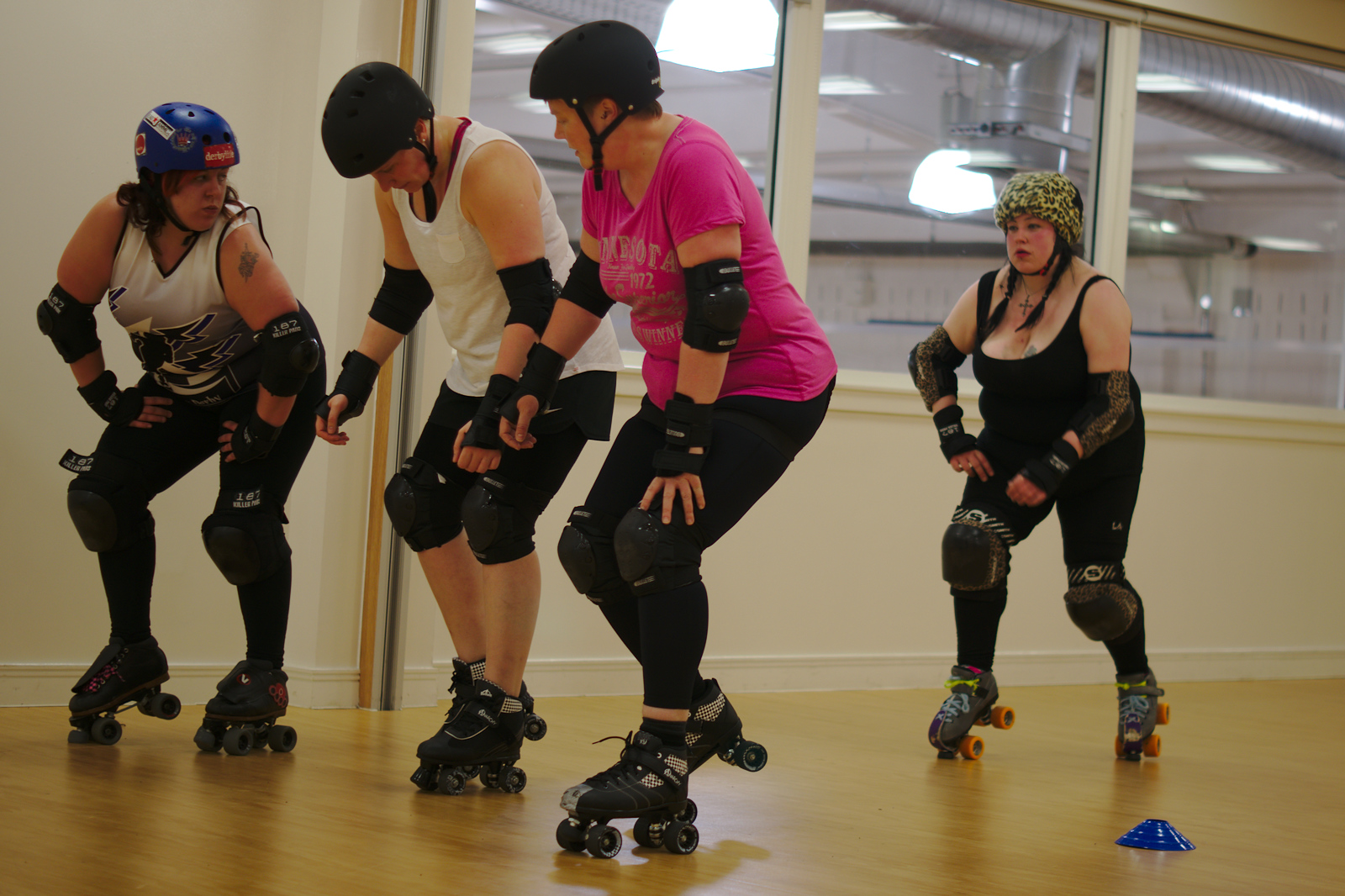 Juggs lining up to jam at the Diva's practice session.

What first attracted you to Roller Derby? A few mates mentioned it about a year ago and thought nothing of it at the time.Then I saw that Deadly Divas Roller Derby were starting up and decided to give it a bash! Always been a bit of a tomboy and loved skating as a kid so thought why not! I haven't looked back since and made some amazing friends as well as discovering a lot about myself.

Who are your derby heroes? That's a hard one! Bonnie D Stroir from the San Diego Derby dolls has to be mentioned as I watched her loads on youtube and still do! Also have to mention my derby wife AJ la Kaos here as she has been there encouraging me and the others from day one and she shows a great fighting spirit.

Derby names are an important aspect of the sport, especially when you're starting out. How did you choose your name, and how does it reflect your personality on track? Initially I chose the name Ms Clara-Hell, as Clarabelle has been a nickname that has stuck with me for years with friends and family alike. However the more and more practices and other skating events I attended it became apparent that Juggs was more appropriate! Take from that what you will! As it is a bit of a more risque name, I feel that sums me up pretty well on track as I take a lot of risks... an attitude I have had for a long time.

What was your biggest initial difficulty? I'd have to say the whole thing. I ice skated as a child and teenager and thought I would pick it up easily. The first training session was tough, I realised how unfit I was and how appaulling my skating skills were, I could not be upright for more than a couple of minutes and spent most of it on my arse! But I did go away that day having learned how to get up after a fall, falling safely and discovering that I am no quitter!

Lots of roller girls find it hard not to spread the word about their new sport. How have you been spreading the word? Basically every chance I have had I'm speaking about derby practice and skating! People are always asking me what derby entails and I love telling them!

What’s the most important thing you’ve learnt/ done this month? Training towards these new minimum skills. A lot of hard work to do, and a lot of frustration that comes with it! Also been doing some coaching with the fresh meat which has helped me learn a lot, and made me reflect on my own basic skills.

What were the most difficult and the best things? The most difficult has been dealing with my own skating skills and crossovers especially! The best things have to be skating with other people and getting psyched up about derby! I;ve been fortunate enough to be welcomed to the New Town Roller Girls practices where I've learned many skills and made some amazing friends. To be honest, although my derby career is still in the early stages, I've loved every moment.

What's new with the Deadly Divas this month? We have been working on the new mins, recruiting, and working on strategy.... watch this space!