On Saturday 14th December, The Jakey Bites hosted their second 'SUR5AL' Tournament at The Meadowbank Stadium in Edinburgh.

16 teams of 3 females plus 2 males signed up to take part in the tournament, representing many of the Scottish Roller Derby leagues, as well as English teams: Barrow Infernos, Furness Firecrackers, and Blackpool Roller Derby. This year, the event was open to the public. All door takings plus each teams' entry fee was donated to the winner's charity of choice.

The 16 teams were split into 4 groups of 4 teams, with a variety of festive names! Each team played against the other three teams in their group, in 3 sets of 2 minute jams played back-to-back with no time-outs or call-offs. The team who won the most games from their Group then progressed through to the Semi Final.

The day ran extremely smoothly, with Dafty from The Jakeys guiding the teams through their group stages. The NSOs did a fantastic job of telling each team who was up next to play, and the Ref Crews were seamless in their switch-over between games.

Ian McCreadie - an independent photographer - was at The Meadowbank to capture all of the action from the day. He has kindly supplied all of the following images. 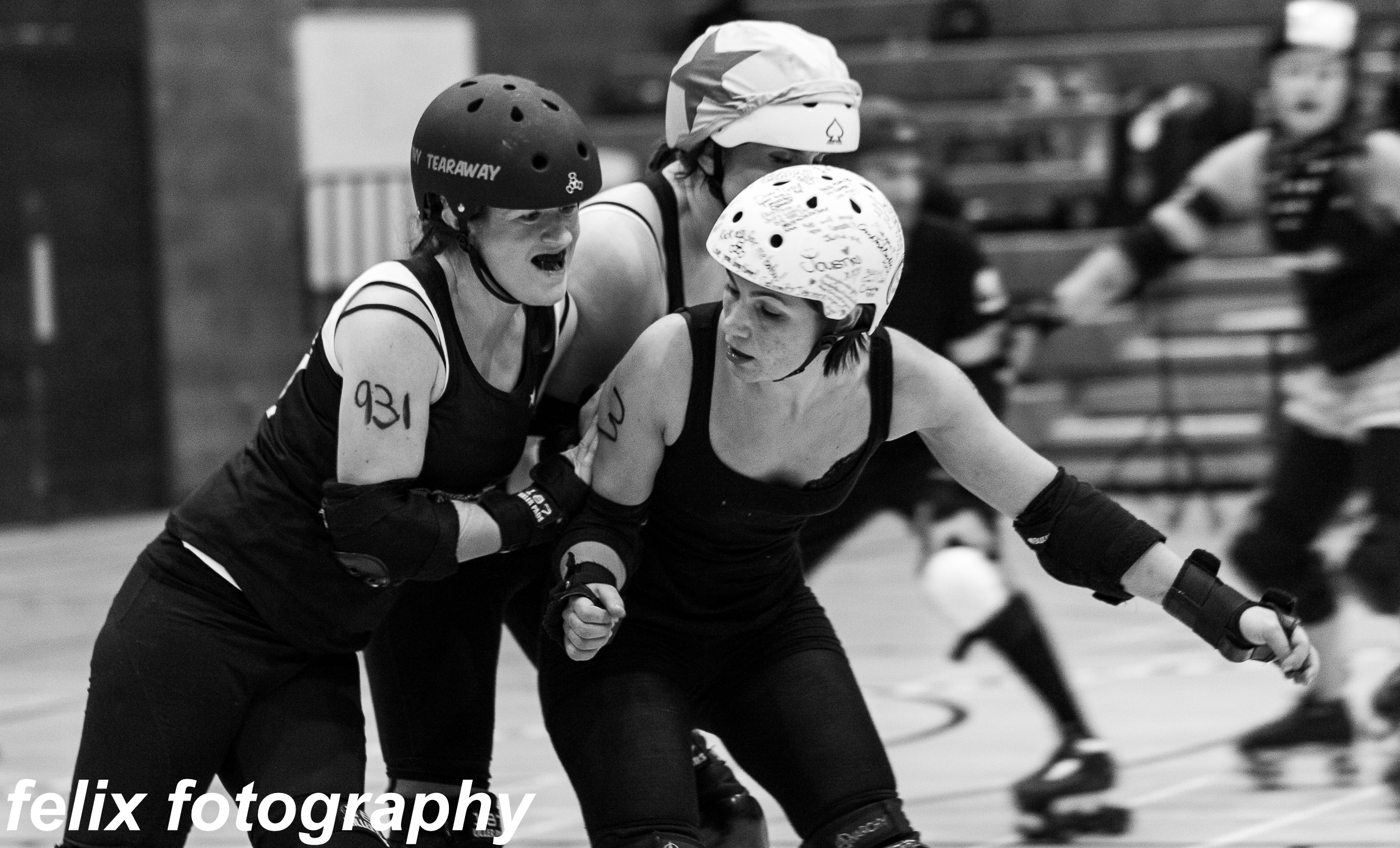 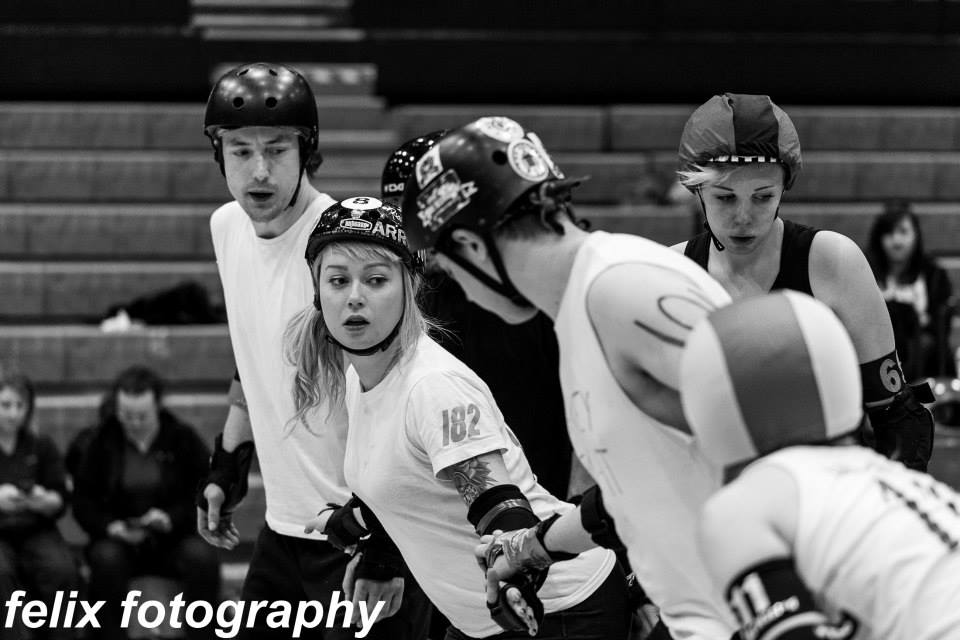 After a hard-fought semi finals round, Festive Periods and Lamb 2.0 came head-to-head in the finals. Lamb 2.0 claimed the victory, and will be donating the takings from the event to a charity of their choice. 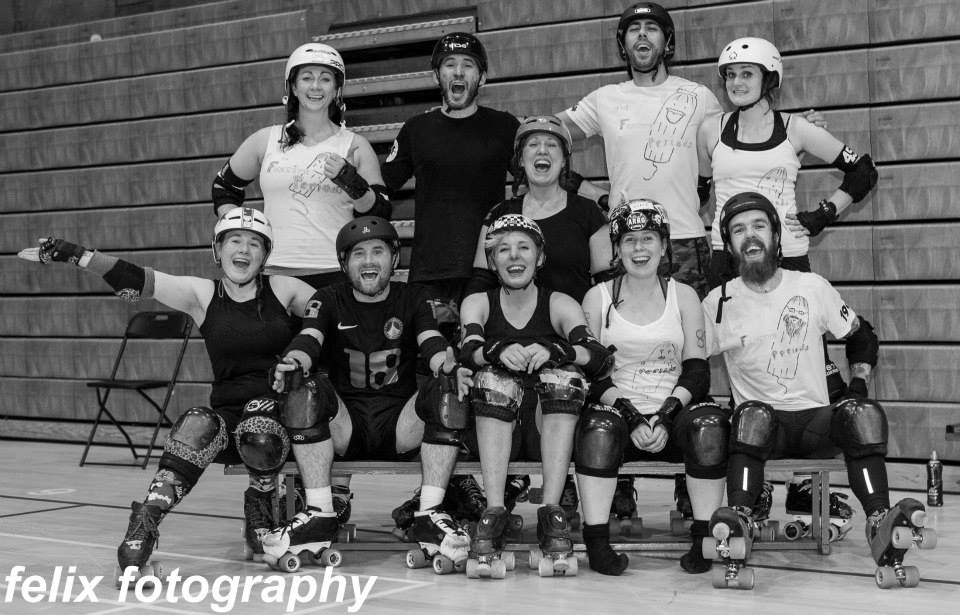 The Finalists - Festive Periods (in white) and Lamb 2.0 (in black) - Image courtesy of Ian McCreadie

The full line-ups of each team is as follows. Although there were a couple of changes on the day, this should give you an idea of the talent that competed in the tournament.

The SUR5AL 2013 Teams - Image courtesy of The Jakey Bites