Every passionate Scot dreams of one day pulling on 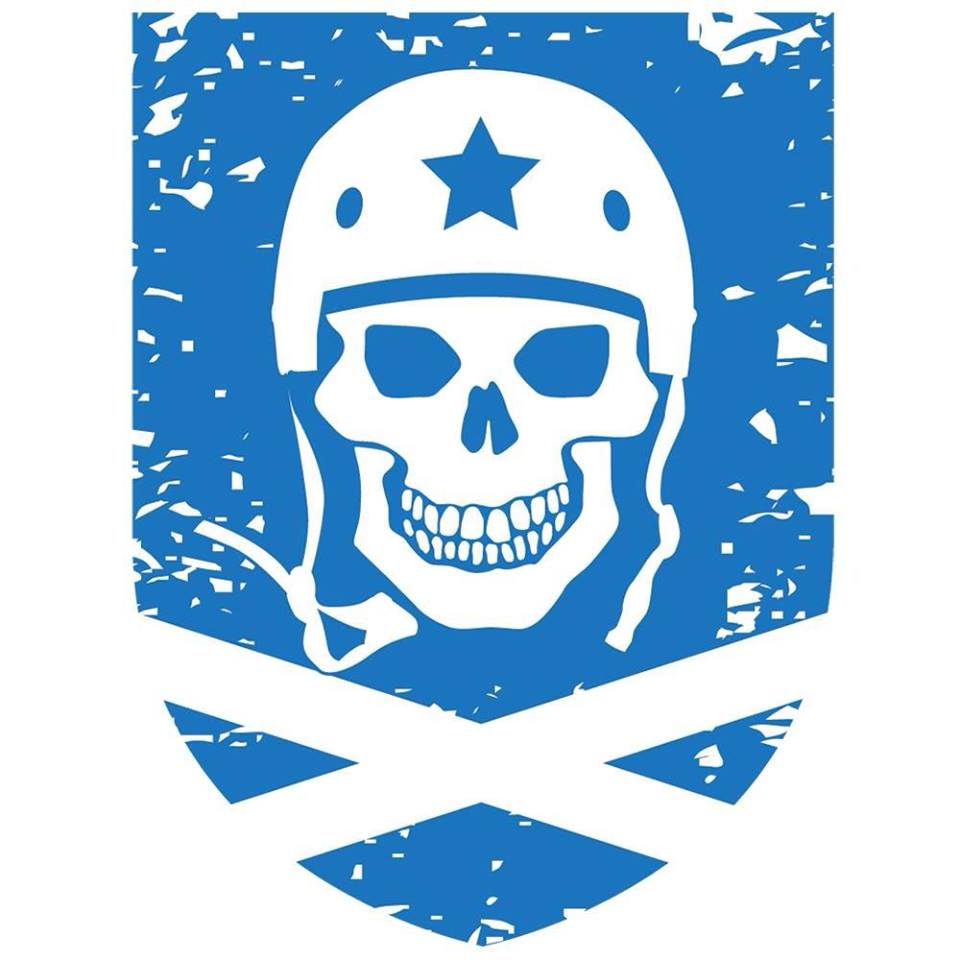 the dark blue to represent their country at a World Cup.

For the vast majority that’s how it remains – an unfulfilled daydream during a drizzly Monday lunchtime at the office.

But lining up for Scotland is the tantalisingly achievable goal for a group of dedicated sportsmen who are determined to fly the flag in Canada in 2016.

This isn’t football, rugby or hockey – its roller derby – and the guys are turning to girl power to help ensure the wheels don’t come off skating’s 21st-century answer to ‘Ally’s Tartan Army’.

They are all experienced, passionate, skilful skaters – and they’re all women.

It’s a refreshing change from male-dominated pursuits such as football and rugby, but that’s par for the course in a sport which routinely challenges stereotypes, shuns convention and rolls to its own rhythm.

Head Coach for the Men's Roller Derby World Cup 2016 is Hannah Grant (aka Ginge) from Edinburgh, with assistant coach Laura Liston (Milky) from Dundee adding to the dynamic dream team.

Manager Nikki Morris from Aberdeen is also in place, as well as three experienced selectors – all female – drawn from across the UK.

Ginge was assistant coach for Power of Scotland (PoS) at the first Men’s World Cup in Birmingham last year.

She said: “It has been a wonderful and rewarding experience with Power of Scotland. We worked hard in the run-up to the 2014 World Cup and it was a thrill to see the guys develop their skills and teamwork.

“To then see them take to the track against the likes of the all-conquering USA, Japan, Canada and Wales was an experience I will never forget. I was so proud of them all.

“I am hoping to take the inspiration and experience we gained from last year’s World Cup and channel it towards Canada in 2016. I am sure that working together we can break new ground for men’s skating in Scotland.”

PoS try-outs are taking place on April 18th and May 23rd – with Scottish skaters gearing up to attend from all over the UK.

After the try-outs, the selection committee will choose a training squad of 30 skaters, who will then meet up a once a month and hone their skills, stamina and teamwork.

In October the selection committee will come together again to watch a Scotland vs Scotland scrimmage made up of the training squad, which will then be whittled down to the squad of 20 who will go to Calgary for the World Cup in June 2016.

Ginge said: “An attendance policy will be in place to ensure the PoS players spend as much time as possible on-track with their team-mates. League attendance could also be a factor – which helps to ensure that regional set-ups continue to thrive and strive forward.

“Training and working together is essential. It is fine being a great skater, but working instinctively with team mates you know inside-out is what will give us the edge.

“In terms of the try-outs we will be looking for skating skills, tactical awareness, strategy implementation, good sportsmanship and the ability to operate as a team player.

“The selectors have been chosen very carefully for their knowledge and involvement in men's derby tactics and also co-ed derby skating.”

Ginge added: “I am so excited to be part of PoS again. Roller derby is growing as a sport for women and men – working together we can help that to continue, both in Scotland and beyond.

“It’s going to be a fantastic journey to the World Cup and I can’t wait to get stuck in with such inspirational sports people.”

The MRDWC 2016 will take place in Calgary, Alberta, Canada in July 2016. At least 20 nations are expected to compete for the right to be champions of the world.

If you’re interested in trying out for Power of Scotland visit www.facebook.com/PowerOfScotland

The team are also on the look-out for a treasurer and fundraisers.

Meanwhile, PoS is calling on artists and designers to come up with a fresh new logo for the team. Visit the team page for the full details.