2015 was a particularly packed year for the Voodoo Roller Dollies. As well as participating in British Championships Tier 4 North, they also managed to both host and attend several tournaments, and fly across Europe.

In fact, before the Tier 4 fixtures even started, Voodoo had already hosted their own mini-tournament, taking on fellow Tier 4 competitors, New Town Roller Girls, and Glasgow Roller Derby's Cannie Gingers in the Highland Rampage in Edinburgh's Jack Kane Centre.  While the Cannies emerged victorious, VRD took the win against New Town. 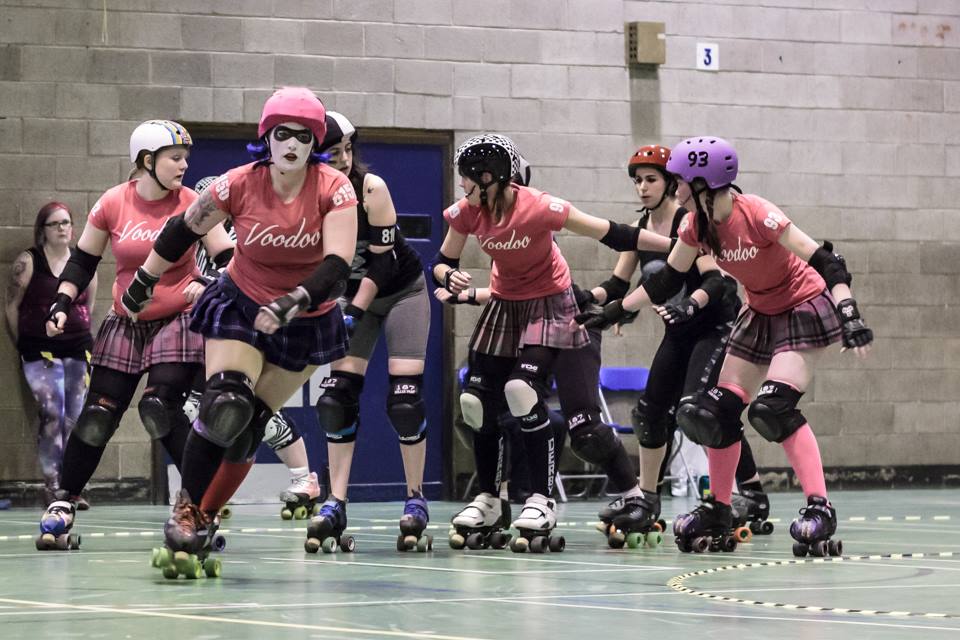 In between Champs fixtures, Voodoo even took a side trip to Ireland, successfully taking on Belfast City Rockets on the way to a rematch against the East Coast Cyclones.

While Voodoo failed to earn promotion in British Champs, they also avoided relegation, defeating New Town a second time to stay off the bottom of the table. (VRD are also one of quite a few teams not returning to British Champs in 2016, so that they can concentrate on the rest of their bouting fixtures.)

Voodoo indulged their love of sur5al in November, sending a team to the Blackpool Roller-Coasters' Sur5al 2015 Mini Tournament.

Finally, the Dollies capped off the year by hosting their second mini tournament of 2015, with returning Cannie Gingers also taking on Lucerne's Hellveticats in the triple header in Glasgow.

Meanwhile, Hades Roller Boys were not letting their sisters in Voodoo have all the fun. At the same time as changing their Facebook page, the Boys started their year in March taking on Bristol's Vice Quads away for a loss, and Cornwall's Scrumpy Old Men for a win the very next day. 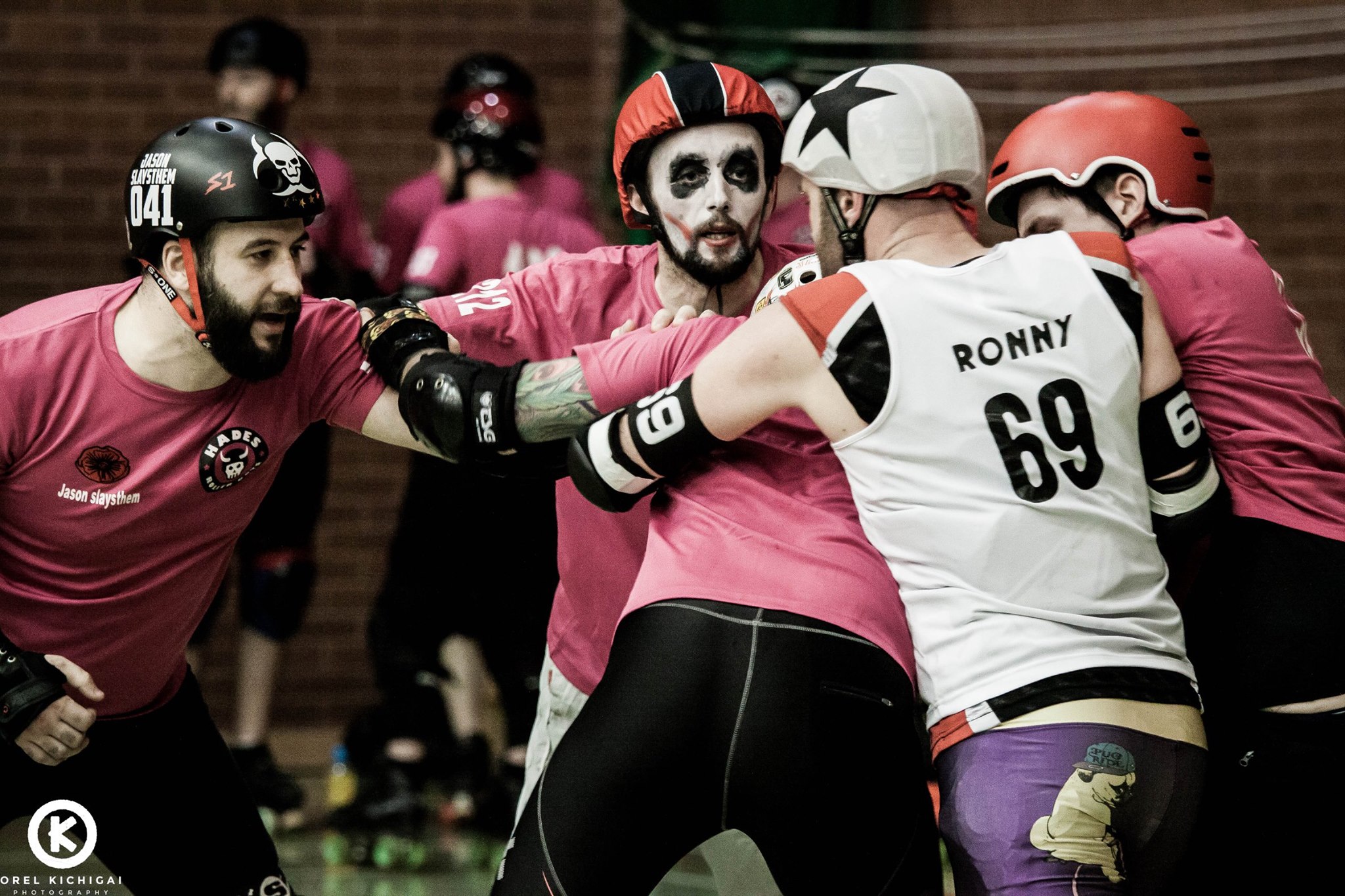 The most important event in Hades' 2015 must be their attendance at the alternative men's European tournament, B.E.A.R.D.I. As the only Scottish team attending, Hades had a lot of weight on their shoulders, and they excelled, defeating all comers to make it to the final against Germany's De Ronnys. After a very physical bout, Hades emerged triumphant as 2016 B.E.A.R.D.I. champions!

Hades and Voodoo also found the time to fully combine their powers, with HooDoo Co-ed Roller Derby making their track debut against the "Beach Brawl All Stars" exhibition team. We expect more fixtures for HooDoo this year, as Co-ed roller derby continues to grow in Scotland!

Finally, 2015 saw the end of an era as two of Voodoo and Hades' founders, Raven and Pete, moved on to other geographical locations. (Raven's last ever bout was also the last bout of the year.)

We'll finish on this message from the current Voodoo Roller Dollies team:

We would like to say Thank you to Raven and Pete for their contribution to the team and wish them well for the future. 2015 was a very busy year for us and we managed to do more than we even thought we could manage. We are looking forward to 2016 and the opportunities and potential it holds.