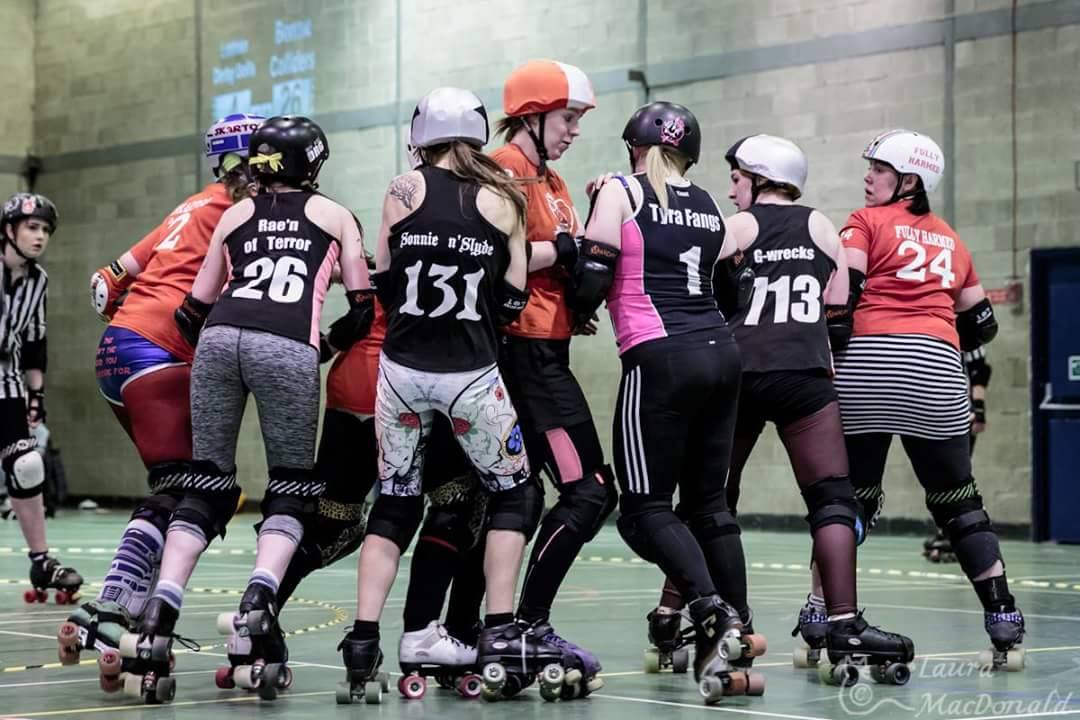 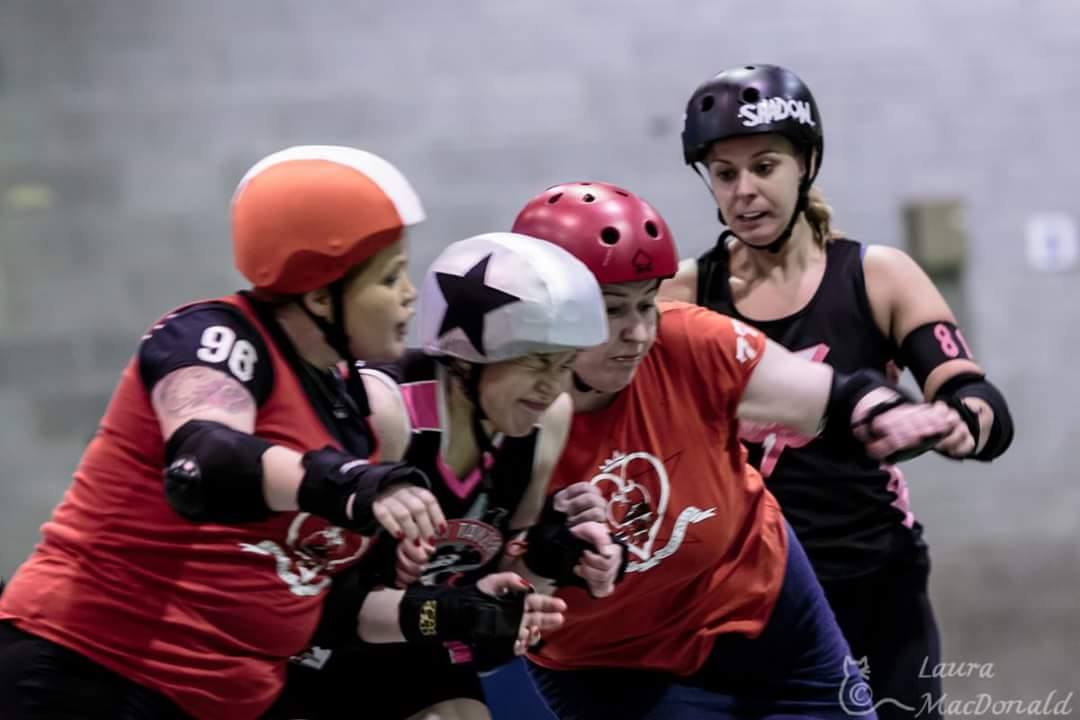 This was the first bout of the year for LDD and we fielded a team with mixed levels of experience, with a few skaters injured or away having babies. We felt this was a good opportunity to give our newer skaters some experience.

The Bonnie Colliders dominated the game with strong blockers making holes in the LDD walls for nippy jammers to take advantage of.  LDD had a hard time reforming their defensive walls and then lost three skaters from the game due to penalties. The second half was more positive for LDD with Fi-Nix taking an epic star pass from Jugz and Tea Wrecks hitting out her first jammer in competitive play.  LDD's heads never went down despite getting beaten by such a wide margin. 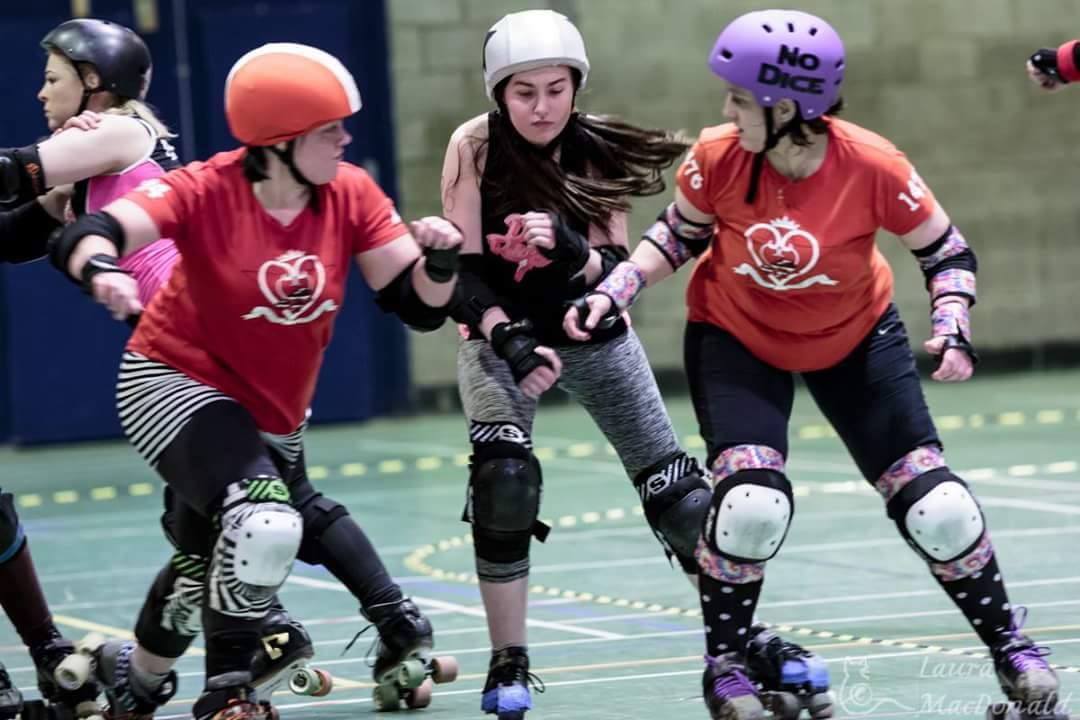 In roller derby things change quickly and we will be training hard until our next bout on the 12th of March against Mean City in Glasgow.  https://www.facebook.com/events/1555212058123782/