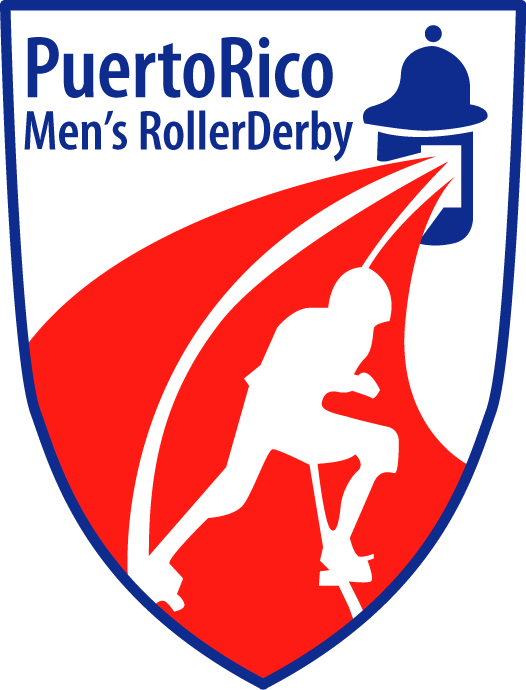 While the Women's Team Puerto Rico attended the Blood & Thunder World Cup in 2014, there was not quite enough interest in Men's Derby for a similar team to form for MRDWC2014. This time around, Team Puerto Rico Men's Roller Derby has been pulled together from Puerto Rican nationals from around the world, as is increasingly the case for "new" National Teams from the smaller nations. There are some great teams providing skaters for Puerto Rico, but as always team cohesion will be the most important factor for a geographically distributed team.

Team Puerto Rico is in Group Blue, with returning teams Belgium, France, Netherlands and Australia. Belgium and Netherlands finished in the lower half of the table last time around; France and Australia did well enough to get through to the placement knockout, placing 4th and 5th in the tournament. With just two teams from each group going through to the knockout with a chance at 1st place, Team Puerto Rico is likely to miss out on the chance at higher rankings - but there's a lot of newer teams in this tournament, and they could place well in the lower half of the table.

James "Disaster Chief" Wargacki was kind enough to answer some questions for us on the team.

Team Puerto Rico are new to the Men's World Cup. What are your aims in the tournament? Our primary goal is proudly represent the island and culture of our families, which have had a particularly unique experience in contributing to the patchwork of the United States. In doing so, we hope that this will spark increased interest in the sport to encourage more Puerto Rican, as well as other Latino, men to put on skates and participate as competitors on the island, in the United States and throughout the Caribbean.

Q: Your Group is full of strong teams, including Australia's Wizards of Aus and Team France (who were 5th and 4th place in 2014). Which teams are you most looking forward to playing (or seeing play)? A: We are looking forward to facing all of the teams in our group. We wish to neither overlook any team, nor subordinate ourselves to others' past performances. We respect the effort that each team has exerted to make it out to the tournament, and hope to bring our best to each game, as we expect from those lace up against.

What's the level of interest in roller derby in Puerto Rico? Currently, the ladies have several leagues on the island (i.e. Enchanted Island, Rumtown, Wicked Island), along with a team that represented in Dallas, TX at the 2014 World Cup. No men's teams have been formed, as of yet, but we hope that will change in the very near. Male participation in roller derby in Puerto Rico is, at this time, are gentleman serving as referees, along with the handful of skaters attending the World Cup.

I guess that, like Women's Puerto Rico, you've recruited from Puerto Ricans across the world? We have. A couple of skaters and one of our bench coaches are living in Puerto Rico right now. We also have skaters from New York, New Jersey, Florida, and Arizona. Most of us here in the US still have friends and family living in Puerto Rico as well.

This year, MRDWC are promoting the lead up to the Cup with the "Road to Calgary" tag. In the spirit of this, what bouts and training have you been doing since the last selection? Due to our geographic limitations, those who get to practice regularly together are in the same league, such as the New York Shock Exchange. When the opportunity presents itself, some individual members have been able to travel and skate in practices and scrimmages with other teammates. This has proven valuable to give skaters the opportunity to become familiar with each other, prior to converging on Calgary.

After the last World Cup, several nations saw increased awareness and interest in Roller Derby. What are your hopes for Roller Derby in Puerto Rico? We’re hoping to not only increase awareness about the sport but to also inspire others to give roller derby a try.

Team Puerto Rico's first bout is against France, the likely Group winners, at 10am Calgary-local-time on Thursday on Track 2, followed by Belgium at 1pm on Track 1. [The official MRDWC schedule is located here: http://mrdwc.com/schedule-2016/ ]

The Team Puerto Rico roster is: