We've previously mentioned that Glasgow Roller Derby are hosting an exhibition double header on the 20th of the this month, featuring a Science v Fantasy themed B-feature.

However, if you like the idea of pitting SF against F, then you don't even have to wait that long, as Glasgow's only Coed league, Mean City Roller Derby, are holding their own coed extravaganza this weekend (13th August, 2pm) as the Wizards take on Gallifrey's finest Timelords. This is an opportunity to see both established MCRD skaters, as well as their newest up-and-coming skaters in one place. 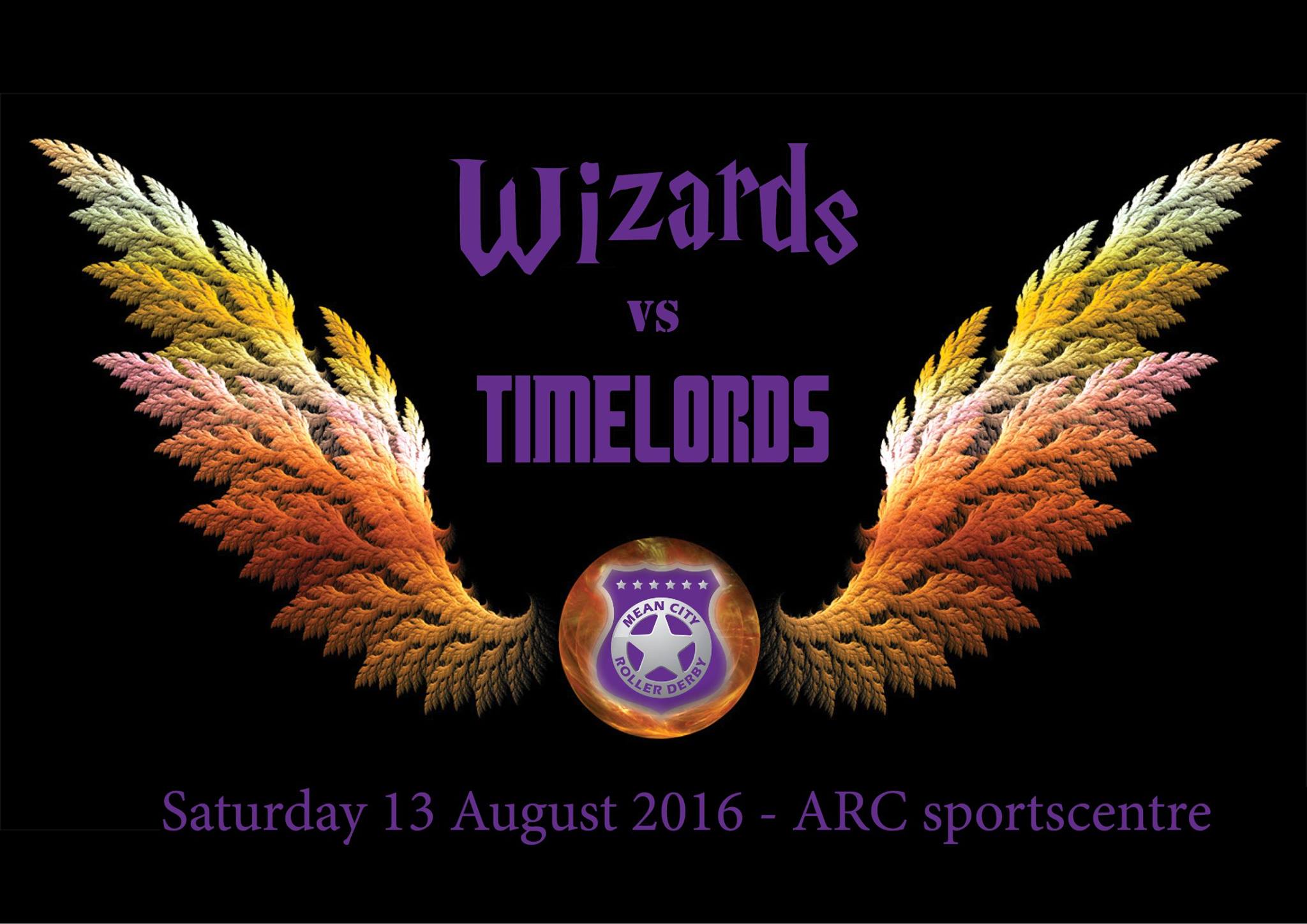 Just one of four (4!) posters that Mean City produced for the event!

The event will be at Mean City's usual venue, the ARC Sports Centre in Glasgow, with afterparty at Rufus T Firefly. (Links above link to maps.)

Advance warning also: the following week (2oth August) features a bit of a clash. As well as the aforementioned Soy Division v Vagine Regime/Science v Fantasy double header in Glasgow, there will also be a Fierce Valley Roller Girls / Bairn City Rollers joint double header in Grangemouth! As the second bout in the schedule features the long anticipated rematch of Bairn City's Skelpies against Tyne and Fear B (the Inglorious B**stards), it seems that both events have unmissable second fixtures...

It's possible, based on the preliminary timings, to just about see the first bout in Glasgow, and then rush across Scotland by car to get to Grangemouth in time for both bouts, but we're not sure we'd risk it...

[The approximate timings are:

It takes around 40 minutes to get from the centre of Glasgow to the centre of Grangemouth, so it should, hypothetically, be possible to see all of the mixed bout at Glasgow, jump in a car, and arrive about 20 minutes before the first game starts in Grangemouth. Assuming that derby runs to time, which is, of course, not something we can ever rely on, and that our guesses about the timings are correct... ]