We love the way in which Roller Derby has distributed itself worldwide, and part of this is the formation of many "regional" tournaments which are unfortunately easy for others to miss.

One of these is the Pohjola Cup, the annual tournament between the various leagues of Northern Finland. This is the third season of the cup, and it has grown each year, from a five team series in 2014 to a seven team invitational extending outside of the confines of Finland itself.

For those who've not looked at a map of Finland, these teams cover a pretty impressive geographical area, as you can see from the tournament map: 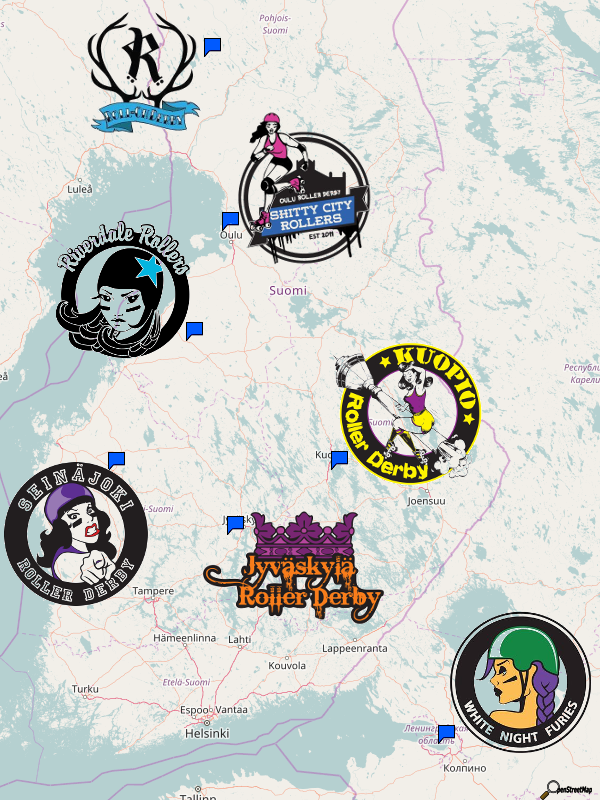 This cup is one great example of how more local roller derby groups can be essential to improve game opportunities and other collective activities. The Villi Pohjola Roller Derby group, who organise the Cup, are a collective of northern Finnish leagues (not just those competing in the cup itself), and also organise scrimmages and other activities together.

As with previous iterations, the 2016/7 Pohjola Cup is a round-robin, played over several months - one or two double-header fixtures a month, for a total of 21 bouts. Points are assigned as 2 for a win, 0 for a loss, with defaults counted as a loss for the absent team. There's then a single-elimination "finals" which takes the top 4 teams to determine the absolute winner for the year. The winner wins the Pohjola "Pölkky" (log), which is gloriously decorated for the occasion. 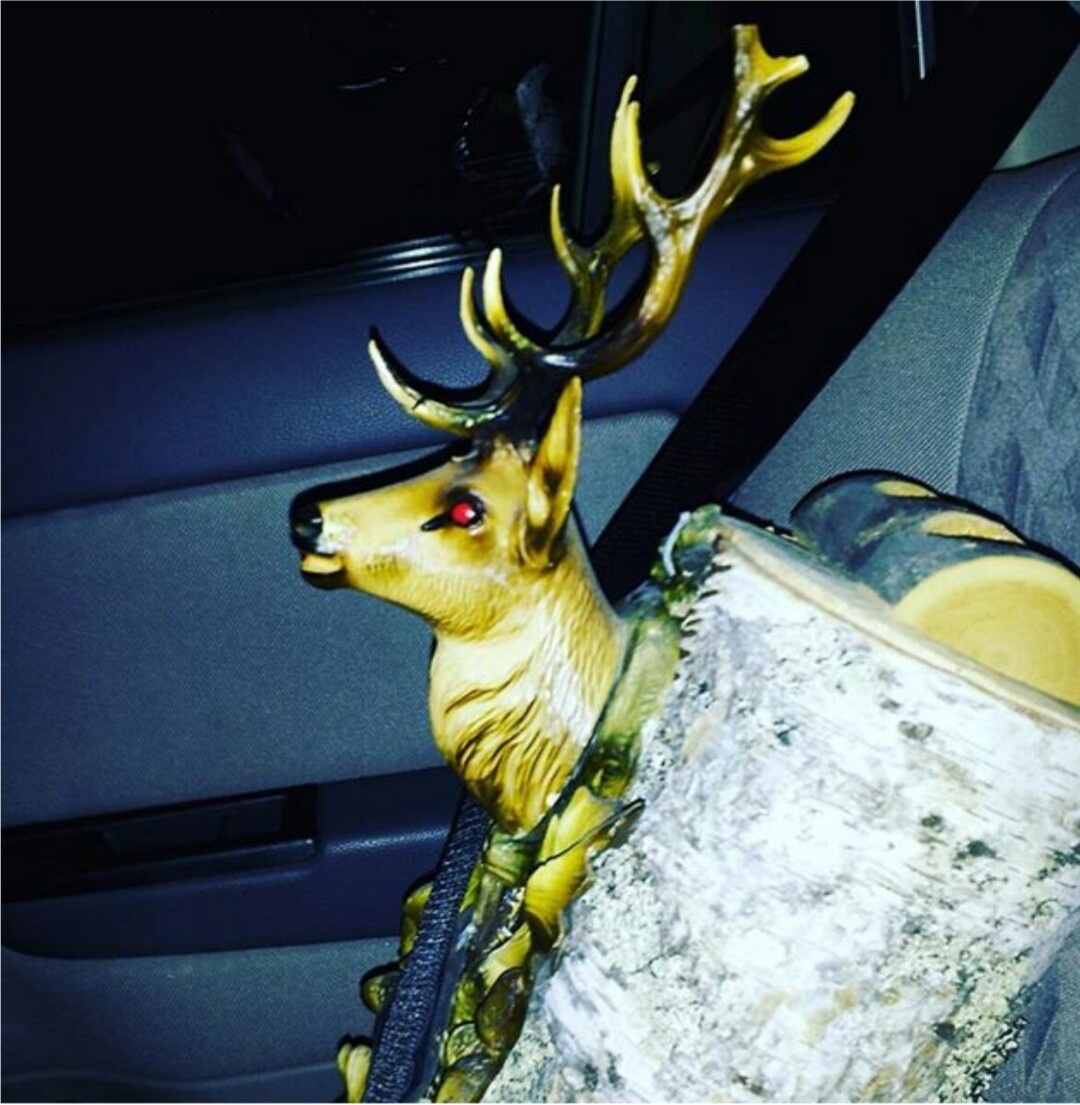 The Pohjola Cup "Pölkky", which is retained by the champions each year.

This may be the final year when this is possible, however; the rapid growth of required games in round-robin tournaments with size might cause a change in formats next year, if the Cup continues to grow in membership, especially outside of Finland itself.

The first games of this Cup have already been played, with last year's Champions Seinäjoki taking a convincing 190:121 win against Riverdale, and the Blockbusters a closer 197:146 victory over Shitty Village.

We hope to bring you more structured updates on the Pohjola Cup as it progresses over the next few months!

[Thanks to Villi Pohjola's Heli Hiltunen for the details and photo of the Pölkky. Map of Finland based on OpenStreetMap data which is Creative Commons: Attribution-Share-Alike.

This work is licensed under a Creative Commons Attribution-ShareAlike 4.0 International License .]