Representing the Middle East: The effort to build Team Iran

[NB: on request of the skaters involved, this article has been edited to remove some identifying details]

Late last year, we reported on the five new National Teams representing for the 2018 Roller Derby World Cup. With increased representation in Asia, Europe and the Pacific, there are only a few regions in the world without any representatives.

However, this does not mean that there are not efforts afoot to build representation in those few untouched places... starting with the Middle East. 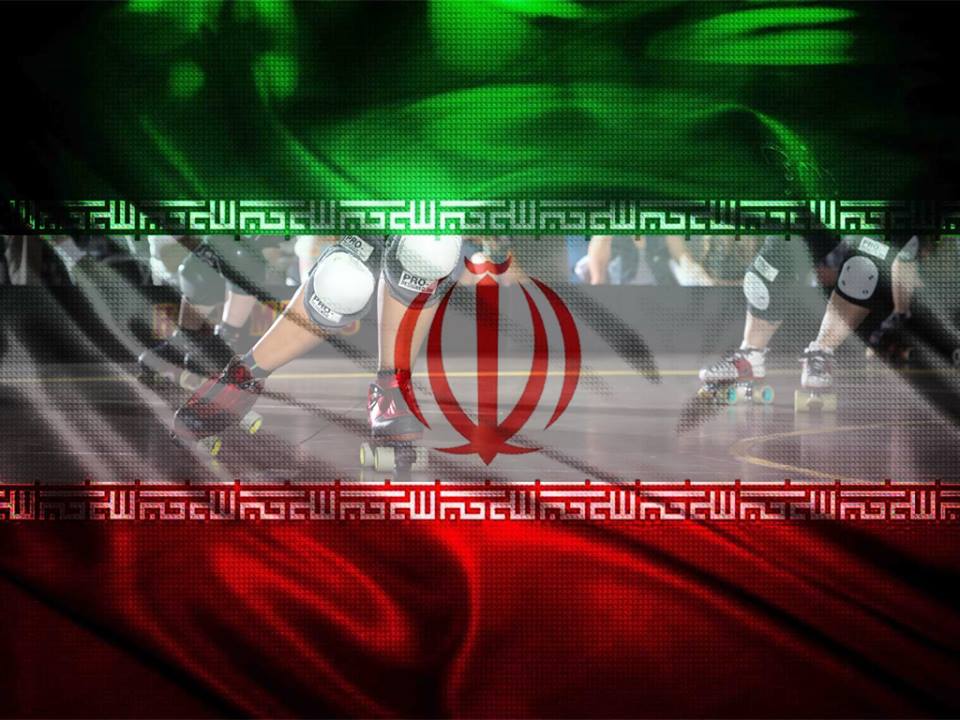 The nascent Team Iran is actively recruiting Iranian skaters from around the world in a bid to represent their country on the International stage.

"I was the scoreboard operator at the roller derby game in Zürich." she relates. "There I saw a skater who was jamming for Team Gothenburg. After the game I asked them, how it comes that they have a Persian Derby name... we found out we are both Persian and we'd both love to see our nation at the World Cup."

It's often the case that National Team efforts only get started with the realisation that you're not the only person of your nationality who actually plays Roller Derby... and that it might actually be possible to find enough compatriots to form a team.

Since then, recruitment has been ongoing, the issue always being to identify and raise visibility so that those interested even know you exist. Maz told us about how she found out, "A stranger messaged me on Facebook to ask if I was Iranian and if I would be interested in joining the Team Iran that she was trying to put together. I jumped at the opportunity, as being Iranian is a part of who I am. Getting the chance to represent Iranian women, and show the world who we are will be great. Having the opportunity to promote derby even more in the World, and the Middle East is also a defo plus for me!"

With the recent CaiRollers/Abu Dhabi bout representing the first ever Middle East/North Africa bout in roller derby history, it does seem like the time is right for at least one Middle Eastern Roller Derby team to exist.

Of course, as with many National Teams, Team Iran will be formed from both expatriots and Iranian nationals (in fact, many of its founders are distributed across Europe, the USA and beyond).

Jazmyn, also a Team Iran member, echoes this kind of internationalism in Team Iran: "That's kind of what this group has been about - finding each other in the big wide world. I don't think many of us have met very many Middle Eastern people playing roller derby so we've had to be really hands-on in recruiting. We have made a huge effort to get the word out and build our numbers to NINE skaters who are based all over the world, e.g. Australia, New Zealand, UK, Sweden and the USA. For me it is very cool and special to be preparing to come together with so many other Persian women in this context. They are a great bunch and I am very excited to skate with them at the World Cup."

The other half of internationalism is engagement with the rest of the world, of course. By bringing the spirit of roller derby into any national team, you also create the opportunity for more bridges and more engagement.

Five Foot Furby, who skates for The Hague, Netherlands' Parliament of Pain, seems to agree that outreach is another important driver for a Team Iran to exist. "I see this as an opportunity to show another side of Iranian people, " she told us. "A lot of Iranian people have emigrated to other countries and have a different lifestyle and mentality than some people would expect, I hope this team can show a new perspective of Iranian people."

If you're eligible to skate for Team Iran - under Roller Derby Nations Committee rules, this means you need to either: have been born in Iran, or acquired Iranian nationality by marriage or naturalisation, or have at least one parent or grandparent with Iranian Nationality, or have lived in Iran for the last 5 years continuously at the point of the World Cup [1 February 2018] - and would like to help this team become a reality, please contact the Team Iran Facebook Group here: https://www.facebook.com/Team-Iran-Roller-Derby-600268706834097/