The West of Scotland is renowned for forging some of the most iconic vessels and cultural objects in the world - from the QE2 to red phone boxes.

It should come as no surprise then that UK roller derby's newest team should have its roots in the industrial heart of Scotland - where history was literally forged from fire and steel - or that they call themselves the Irn Brn.

Glasgow Men's Roller Derby (GMRD) have already gone on a remarkable journey since they first sparked into life last summer. 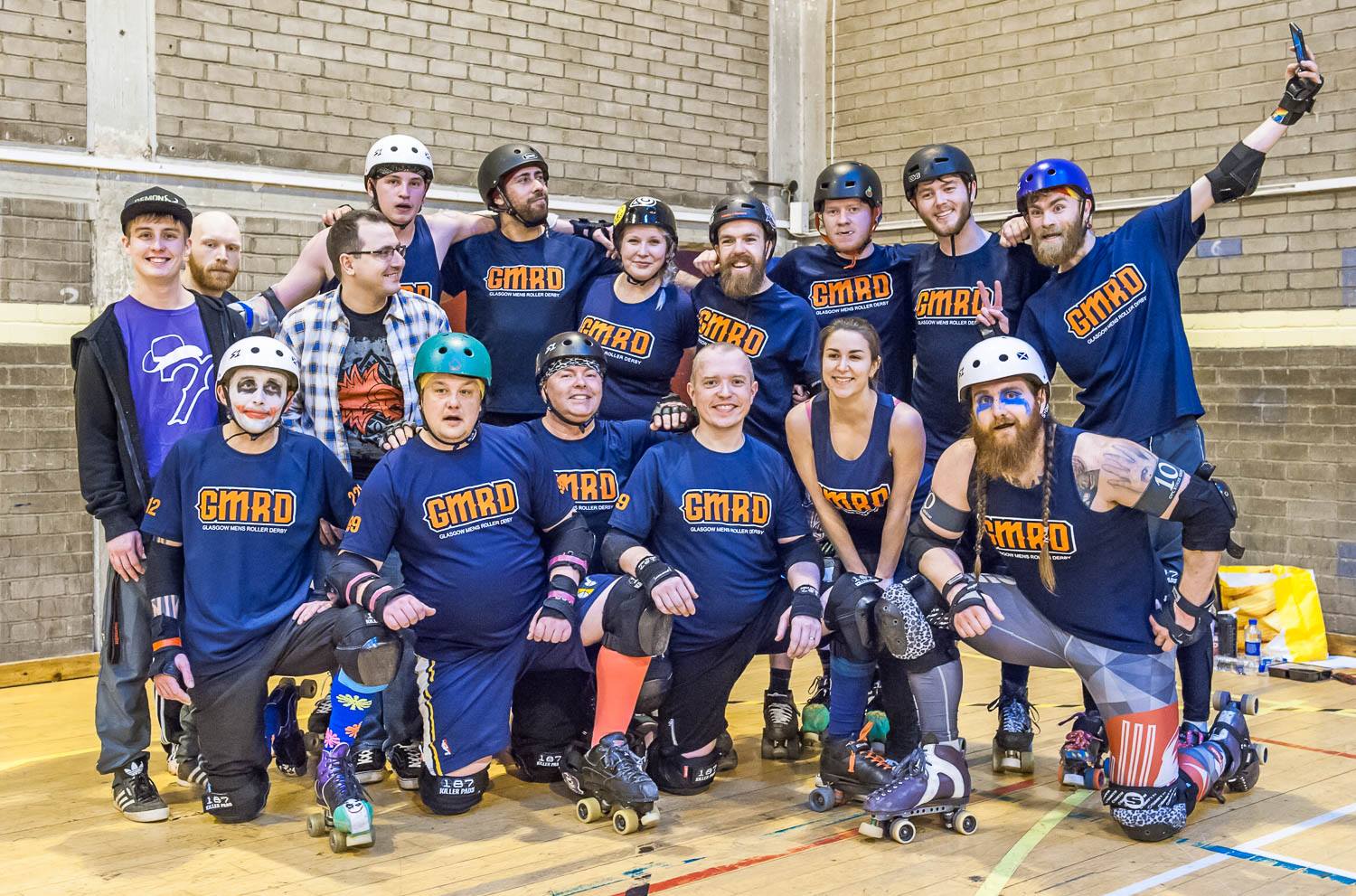 Anyone involved in roller derby will know that the tectonic plates beneath our sport are always moving - teams rise, teams fall, legacies are secured, old legends fade.

Some skaters drift away from the sport for good - others depart teams to form new alliances as they seek different horizons and chase different goals.

That was the case with the founding fathers - and mothers - of GMRD.

At the centre of the league is an ethos - like the nucleus at the heart of an atom - attracting skaters to it like toe-stop-hopping protons:

Skate, create, innovate - work hard together with friends to take on the world.

GMRD pride themselves on being more than the sum of their talented parts (the roster includes a range of international-standard skaters - including seven members of the Power of Scotland training squad).

More than a league, more than a team - this is a family.

The Irn Brn set sail next month for uncharted territory for a Scottish men's team - the 2017 British Roller Derby Championships.

First up on April 16 is a trip to the Emerald Isle, where GMRD take on the Skate Invaders.

GMRD Managing Director Hugs and Kisses (aka JR) said: "We can't wait to get on track at the British Champs - it's going to be an adventure for everyone associated with GMRD.

"Teesside will be tough opponents and we are preparing for a very competitive game against a talented team of top skaters.

"However, we know we have a strong team and have been training hard. It's going to be a great opening day of derby for Tier 3 North."

Many of GMRD have played Teesside before as members of other teams, but there have been line-up changes since then and the standard of derby is forever climbing skywards, so it will be an intriguing match-up.

GMRD will be buoyed by a good run of form which saw them beat Crash Test Brummies B (Beta Test Brummies) 199-135 and Barrow Infernos 226-159.

After the double-header in Dublin, the action will move to Grangemouth on May 13, when GMRD take on the Skelpies at Grangemouth.

The third double-header will be hosted by GMRD at the ARC Sportscentre in Glasgow on June 10, with GMRD completing their fixtures with a game against Men Behaving Derby.

Hugs added: "We're under no illusions - this is going to be a tough series of games, but we really can't wait. This is what we've been working hard towards since we formed the league last year.

"Teamwork will be key. We have some very skilled individuals within the team, but our goal is to be a cohesive unit firing on all cylinders - forged in the heat of intense training sessions, scrims and games."

Check out GMRD on Facebook for all the latest information on games, bootcamps and special events.