Next in our series of articles covering new teams in the 2018 Roller Derby World Cup is one of the smallest attendees. Representing Eastern Europe along with Team Russia, it's Team Romania! 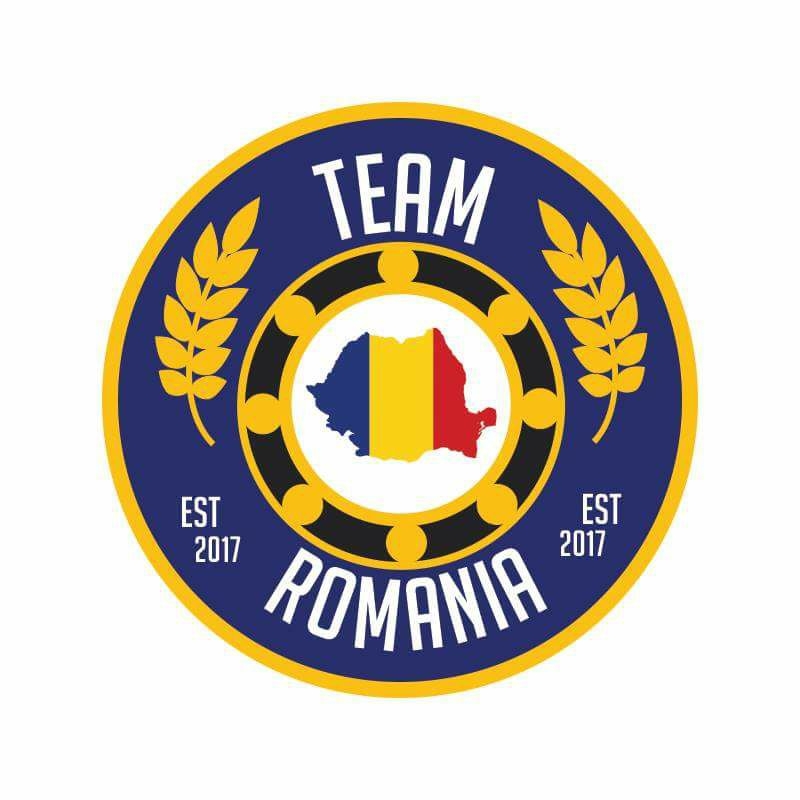 As with much of Eastern Europe, the spread of Roller Derby in Romania has been very slow: in fact, there are currently no leagues in the country, even in the capital Bucharest. Team Romania, then, is necessarily formed from expats and descendants of citizens - with the intent to promote the sport in the country itself as a result.

Exe QT, one of Team Romania's founders, is perhaps typical. "I've lived in Sweden since I was 4, so I'm pretty much Swedish," she told us, "even though I go back to Romania once every couple of years and obviously still speak Romanian with my mum, relatives etc..."

A skater for Gothenburg Roller Derby, Exe QT first thought of the possibility of Romanian entry for the World Cup because of a chance meeting at a London Rollergirls bootcamp. London Brawling's AnDrac is herself of Romanian ancestry, and meeting someone so well known in the sport set a "seed" in her brain.

All it took for it to sprout was hearing that there were other eligible skaters... and it started to look very possible indeed.

Despite there not being any skaters in Romania itself, the team takes the representation of their country seriously. "I believe it's a huge thing to get to represent your nation, in any situation," says Exe QT. "I am proud of my heritage, even though in my daily life, no-one would think about that I'm basically a first generation 'immigrant'." And this patriotism is something echoed by fellow Team Romania member Tenacious (of Kent Roller Girls), for whom representation is really important: “to represent Romania, myself, a woman, to the world it's fantastic! We have always had great females taking part in many different sports, females that I have always looked up to with a lot of respect and admiration. I would like to show that Team Romania can be diverse and supportive of all genders of people!”

AnDrac, who has joined the Team Romania roster herself, told us, "I am finally starting to feel quite excited about a potential Team Romania in the next World Cup as there is no roller derby in Romania yet. Hopefully we will be able to find a few more players to field a team.

It will be an experience for all of us as we won't really have the time to train together like the more established teams but we would have paved the path for the future Romanians that play or will play Roller Derby around the world. Exciting times ahead!"

As with many of the newer teams, the aim for Team Romania this time around is simply to represent. Exe QT notes, "For the Cup, I'm hoping that we could all go there and have fun! No-one should be upset if we lose games, and we could all celebrate being able to skate for our birth nation, enjoying the ambience, meeting new friends.

If we would win a few games that would be awesome.  But I don't want to put too much pressure on everyone, because we will be a team that barely would have practiced together, and that is a big disadvantage!"

And in the future, maybe Roller Derby will come to Bucharest itself!

Exe QT: "It would be great if we could find some people in Romania who'd be interested in starting up a team, but as we both know, it requires not only a lot of time and energy, but also money. Where should they practice, how do they get equipment etc etc

I'd love to go there for a week and coach derby, like a full week's program on and off skates, so that they could start up (I coach my league, and I really love it)"

Even for the National Team itself, experienced skaters from Romania are welcome, as Tenacious notes, “I know Romanians are big on skating, inline especially. We can find a way of getting a team together, coaching them, even from the distance, if there's anyone interested in putting themselves forward!” Team Romania are still recruiting for players, and looking for coaches and support staff of all kinds, so if you would like to skate with them, apply at their Facebook page here: https://www.facebook.com/RollerDerbyTeamRomania/