Granite City's Hawks off to Fight in Portugal!

As well as the exciting home games in Scotland this weekend, there's also an equally exciting away game, as Aberdeen's Granite City Roller Derby send their B team off to Portugal to play in the Quad Cup 2018!

This is the second iteration of the Quad Cup, the 2017 version seeing hosts, Coimbra's Rocket Dolls Roller Derby, play Black Thunders Roller Derby of Madrid, Lyon Roller Derby B team, Gones'n'Roses, and the exhibition team Liberty Rebellion in a 2 day round robin. 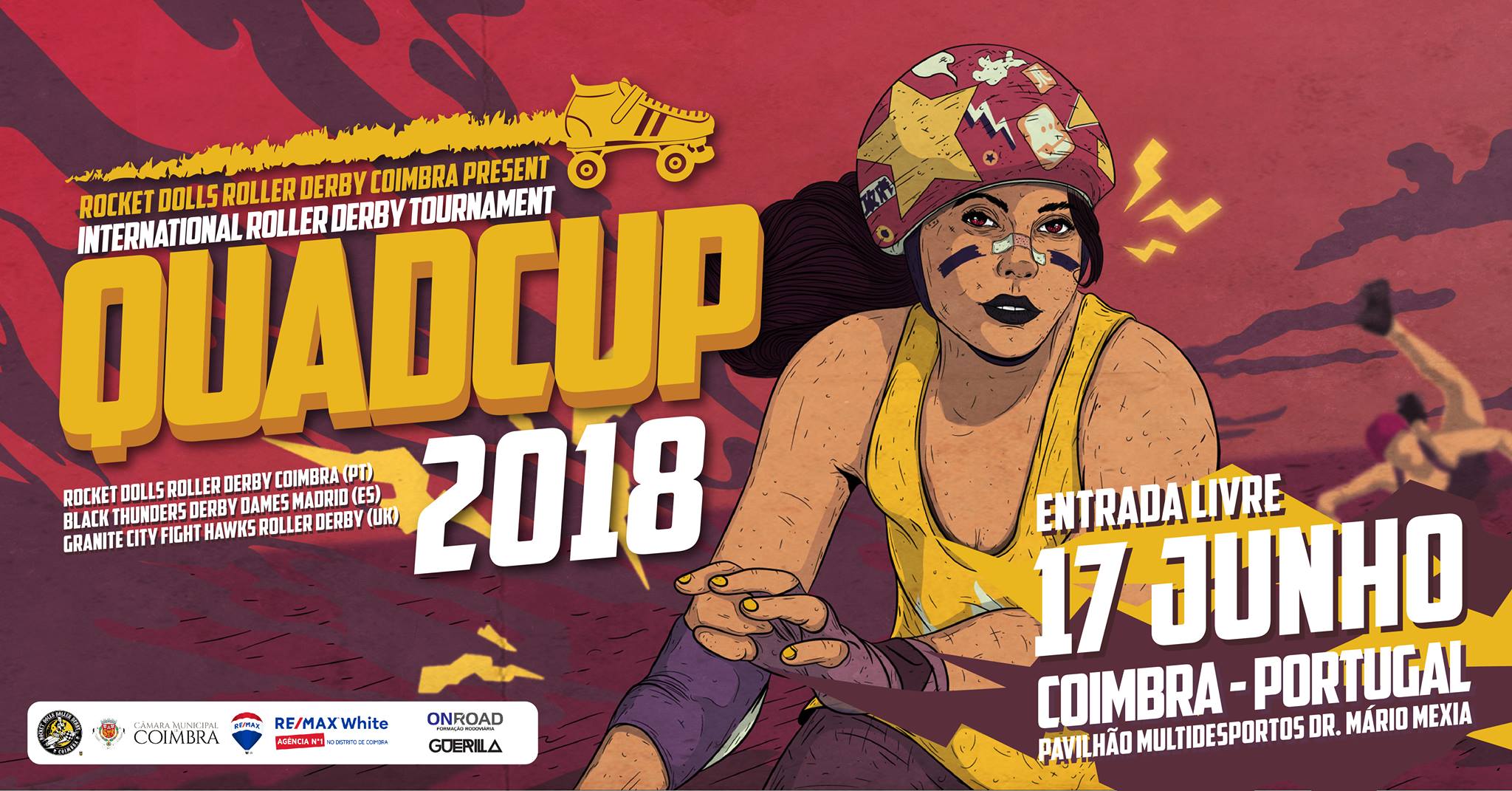 This 2018 iteration of the European tournament pits the Fight Hawks against the returning teams of the hosts, and Black Thunders Roller Derby in a round-robin format in one day.

These will be the first games for the Fight Hawks this year, after their final bout in 2017, an extremely closely fought 2 point win against York Minxters!

Their opponents, meanwhile, have had one or two bouts already this year: Black Thunders playing Las Palmas to an overwhelming win early in the year; and both teams having faced As Brigantias (A Coruña, hosts of the upcoming WFTDA Playoffs in August). Whilst neither team defeated A Coruña's finest, the Black Thunders did considerably better than Coimbra, with a mere 34 point loss on an overall low-scoring game. As the Madrid team also defeated all comers in the 2017 Quad Cup, they must be the favourites this time around as well.

Of these, however, the Fight Hawks are also the clear wildcards - with few close connections between their rating games and those of the two Iberian teams, they have the highest uncertainty in their performance; and their "rating momentum" was upward for the entirety of last year. With even FTS's pessimistic prediction giving Granite City B an expected 21:25 score ratio against the hosts (translating to perhaps a 20 to 30 point final score difference), it seems very possible for Aberdeen to provide the upsets this weekend. Given the disruptive behaviour of their namesakes, what would be more appropriate?

The Quad Cup 2018 will be held in the Pavilhão Multiusos de Coimbra, Coimbra, Portugal, with the first bouts starting at 11am (WEST, BST) on the 17th June.