UAE All-Stars: A National Team for the Emirates

Whilst we often talk about Roller Derby in North America, and Europe and Australasia, and somewhat less about Latin America (at least, in English - en español, a lot is said) we speak much less about Roller Derby in the rest of the World. Part of this is because of a similar tendency to only talk about teams which compete internationally... of which there are much fewer outside of those above regions. This is a self-fulfilling prophecy, of course, since isolated teams, inherently, find it hard to find any local opponents: and they can't find international opponents if people don't talk about them.

The United Arab Emirates has had two Roller Derby leagues: Dubai Roller Derby, and Abu Dhabi Roller Derby, for more than 6 years, the two forming within a few months of each other in late 2012. It's been hard for them to find opponents elsewhere, however, especially given the roster sizes for the two.

So, this year, members of both teams decided to collaborate on a bigger thing: a Emirates-wide Travel Team, UAE Roller Derby All-Stars, representing the country on the international stage. (Between them, Dubai and Abu Dhabi represent about 2/3s of the population of the UAE, but there are 5 other Emirates which could still develop teams.)

We spoke to two of the main agents of this initiative, Mean Curls and Inga Knee’her, about how this got organised, and what their plans are. 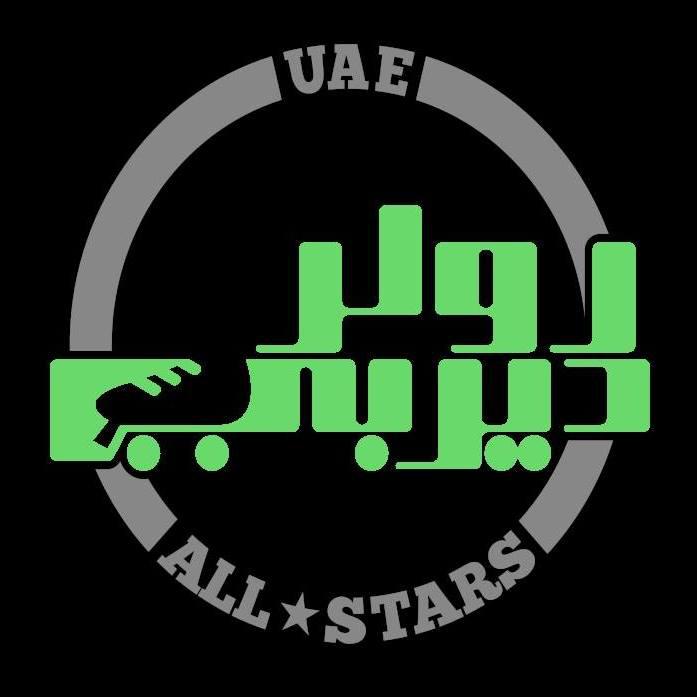 As long ago as 2013, Dubai and Abu Dhabi Roller Derby had discussed the possibility of forming a national, potentially WFTDA-sanctioned, joint team. However, with both leagues also organising their individual affairs, it wasn't possible to achieve this until recently: there wasn't enough time, or experience, in the teams to build the bigger plan.

In 2018, however, Inga Knee'her became one of the most experienced new members of Dubai Roller Derby - transferring to the team after 10 years of experience in Steel City Roller Derby (at the time WFTDA D 1 team), and Tokyo Roller Derby. As well as spearheading the adoption of Rolla Skate Club's Short Track Roller Derby ruleset to enable Dubai to play more derby in more places, she's also become part of the trio behind the UAE All-Stars. With Spinky (president of Abu Dhabi Roller Derby) and Mean Curls, the plan has gone from a discussion over ice-cream to reality. As Inga and Mean Curls tell it: "In less than two months, we [] created the team, organized weekly practices focusing on Short Track coached by Inga, and played our first international game in Hong Kong as part of Pan Asian Spring Rollers (prompting the self-proclaimed name of the “Get Sh*t Done Team” :D)."

With Dubai and Abu Dhabi also the most populous cities in the UAE (and their eponymous emirates), and fairly closely located, the All-Stars can alternate training between the two easily, helping to build a sense of equal partnership in the national team. At present, the team is working on helping to develop visibility and interest in Roller Derby - and Roller skating - in the UAE, where historically there hasn't been much. (At present, all of Dubai and Abu Dhabi's kit comes from abroad via international shipping.) One aim of this increased visibility is towards developing the skill levels for their member skaters, by providing opportunities for higher level play that would otherwise be inaccessible. Inga's contacts with the Pan-Asian Spring Rollers (the Roller Derby collaboration between Beijing, Shanghai, Hong-Kong and Bangkok we've covered previously) immediately paid off in this sense. Having played against the Spring Rollers as part of the Women's Roller Derby Japan team at the Tomodachi Roller Derby tournament in Okinawa (2017), she was hoping for opponents to play Short Track derby with. As it happens, the timing of the Spring Rollers bout against Hong-Kong was too good to pass up: Mean Curls, Spinky, and Inga were able to make the trip to join Pan Asia v. Hong Kong as members of the Spring Rollers team. (Their team ended up winning too, 159 to HKRD's 127.)

That bout also helped to build even more contacts: Derby Without Borders' founder Mae Dae has recently relocated to Bangkok, and was present as part of the Hong Kong event. We're promised future collaborations with Derby without Borders, supporting their mission in the Middle East and Asia so watch this space! (Mae themself has also been busy since moving to Bangkok, and we'll be catching up with them in a future article.) 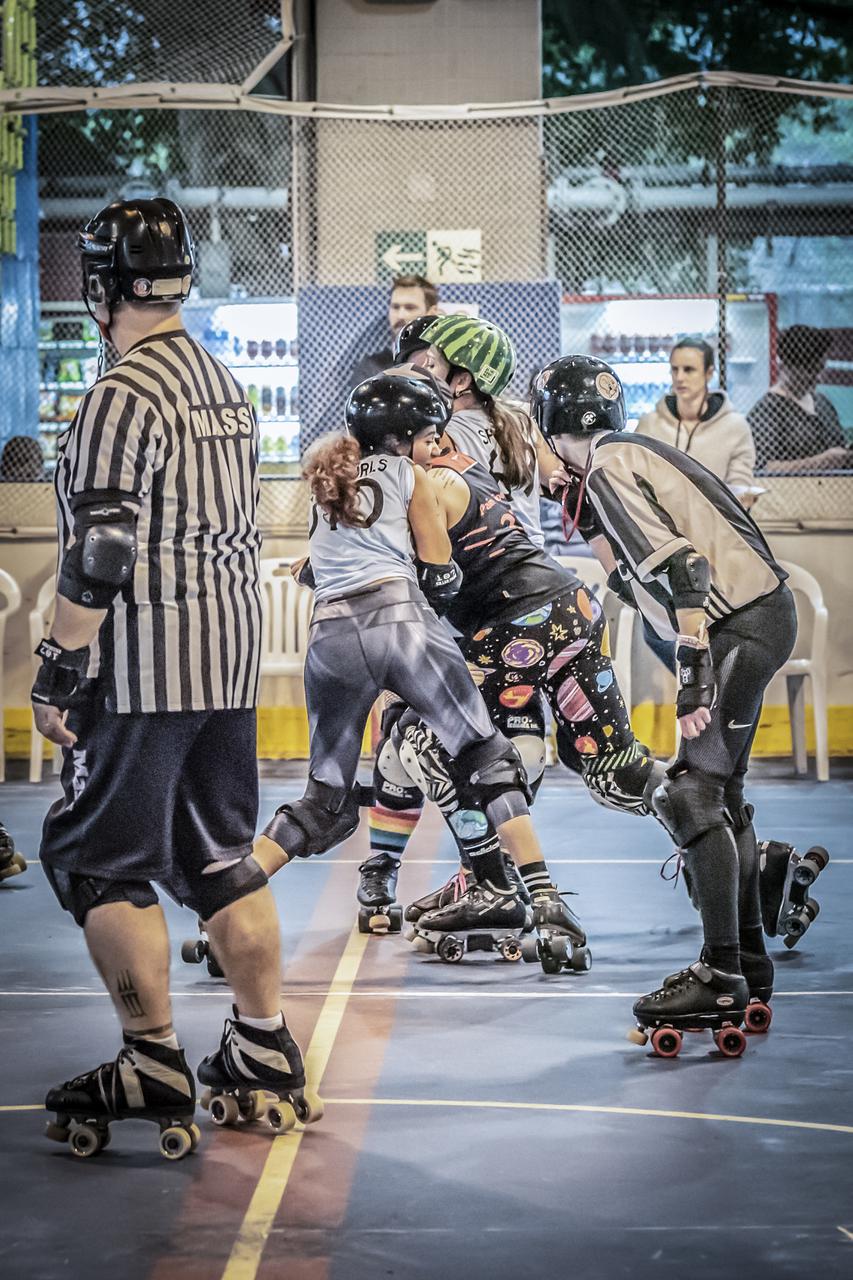 At home, they're focusing on Short Track Roller Derby as it makes practice much more accessible: not only is it easier in terms of numbers, the smaller space needed (the Short Track track fits inside a standard basketball court) makes it much easier, and cheaper, to find spaces to practice in. With the UAE's regulations limiting other opportunities (public events need licenses, for example), having more options in hosting always helps.

However, UAE All-Stars aren't limiting themselves to a single ruleset for future games. Inga and Mean Curls emphasised "we are interested in any and all roller derby opportunities for our skaters. We are lucky to live in a place with direct flights to so many cities, making it relatively easy for us to visit other teams as well as to host events in the future."

And, whilst the team has not ruled out applying to join the WFTDA in the future, they're also setting their sites on the most international of competitions. "Our ultimate goal is to represent the UAE at the next Roller Derby World Cup," the team told us, adding "Mean Curls is the only current Emirati roller derby skater (that we know of) and will represent us on the Nations Committee".