Bairn City Rollers started off their 2019 and their champs campaign in the best way possible (you can read more about that here) . Their two wins in their first two Champs games saw them sit third in their group with six points despite having played one less game than the two teams above them, who had played three each. Their next two games came against those two teams: first they took on North Wales Mens and then T&F: Inglorious B*Stars. Both opponents took the wins in very hard fought games ending their 2019 Champs season 1st and 2nd in the group, 2 weeks ago.

Whilst those two teams have finished their champs season, the other teams in the group still have one more game and each team still has everything to play for. The last game day of Tier 2 North takes place on Scottish ground, with BCR hosting this fantastic battle at Grangemouth Sports Complex on the 29th of June.

This double header could not have been set up more perfectly for the final set of games, as each match is a decider and will see the teams involved fighting for their final position against their opponent. Hosts BCR will be taking on The Inhuman League, with the winner of that game finishing 3rd in the group and the loser coming 4th. Whilst the other game will see Knights of Oldham play Teesside Skate Invaders, with the loser unfortunately ending up with the wooden spoon for the tier, and facing potential relegation.

Both games are shaping up to be quite a close battle as by their results so far each are evenly matched. So every team will be pulling out all the stops to get that final win in this years champs competition to finish above their opponents. 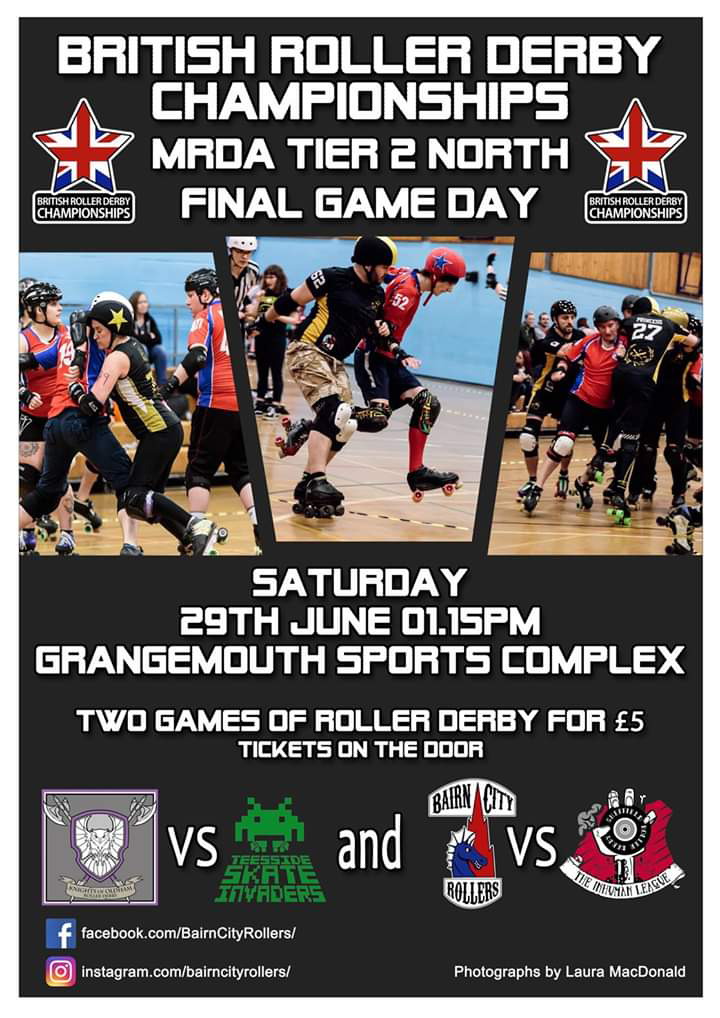