It's time for another guest post, as the UK's National Governing Body for Roller Derby, the UKRDA, have a message.

Roller Derby has changed a lot since the revival in 2001; with age, and with the changing of the wider cultures in which it’s embedded, it's grown, shrunk, formalised, organised, reorganised, liberated and moderated in various ways in various places. We’ve gone from being some friends who skate together and have fun to being a sport with World Cups and World Championships, leagues on six continents and a growing Junior reach (all whilst still having fun). 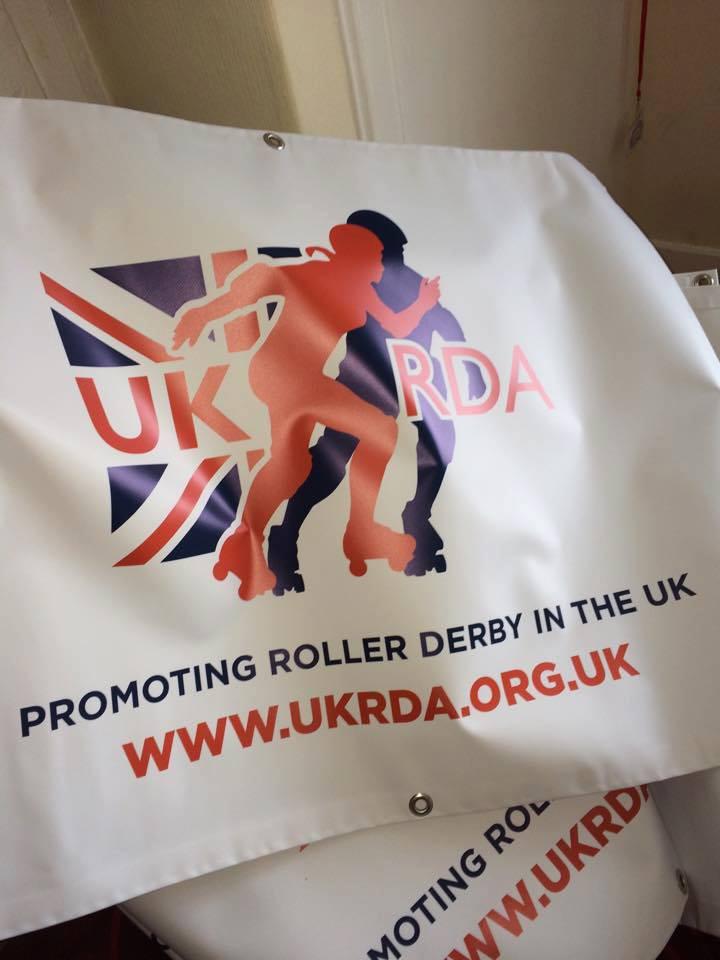 Back in 2007, the group that would become UKRDA was nothing more than a Yahoo groups discussion board (some readers may not even remember that Yahoo ran such a service!); a place for the fifteen active leagues to coordinate, share advice, and work together to see how this Roller Derby thing could happen. Two years later, it had gone formal: naming itself the “United Kingdom Roller Derby Association”, to provide a democratic body that could represent the sport to all those structures that need an “organisation” to talk to. Slowly, as Roller Derby in the UK has grown, the UKRDA has evolved, taking on more responsibilities. (To name a few: overseeing National Teams for the World Cups; supporting the development of British Championships; negotiating in a position of collective strength for insurance for leagues; managing grievances and complaints; upholding codes of conduct; standing up for leagues when they need support; supporting officials in development and training; and representing the sport to National and International media.)

In the past month, it has taken another step, joining the German and Finnish NGBs in formalising a deeper relationship with the WFTDA. This collaboration may look like a simple letter, but the significance is so much more. In the face of other organisations, such as World Skate, who want to be seen as the leaders of roller derby, we say no. We acknowledge that this sport, our sport, is run by those that make it; the officials, the volunteers and the skaters. For this to continue to be the case, we have to put these procedures and agreements in place. These are important foundations, we're building a platform of NGBs working together with our global governing bodies - it's giving NGBs a clear voice in the future of our sport.

Despite these significant changes and developments, the UKRDA continues to be a small team of volunteers. These volunteers are elected by member leagues and are governed by votes of those leagues. At times the UKRDA has been perceived as a "faceless bureaucracy", but in its simplest form, it is a group of volunteers who care deeply about the progression and development of Roller Derby. Our names are available on our website, we're real people who skate, volunteer and officiate at leagues across the UK. However, in the past year, online abuse and pressure have made the job even harder for this band of volunteers. We’ve heard more from people sending us abuse, than those wanting to get involved.

It’s a crucial time for UK roller derby. The last 6 months, (or even 7 days!) have proved the value of clear, agreed on policies available for leagues as well as the importance of grievance and escalation processes. But we can’t do this alone.

We have big plans. But we need more people to come on board to see these plans through. One of the priority projects for the UKRDA is to seek recognition from the Sports Councils across the UK as an NGB in our right - we can tap into structures, advice, support and potentially funding. We also need to review our grievance process to help ensure safe spaces. We want to foster the development and learning of officials through boot camps. We want to develop a UK wide safeguarding policy for roller derby that leagues can implement.

We need you to get involved.

There is only so much a few people can do. You have the expertise of your sport, your leagues, your local areas. We need you to help us make all of these structures better, to support our sport and the people within it as well as we should. We're here being open and honest; the culture and actions towards URKDA need to change, and we need to change - this is where we need you.

Nominations for people to join the board of the UKRDA are open now. Without you, this won’t happen. We are only as strong as our member leagues and our volunteers.

We have an Extraordinary General Meeting on October 3rd - if your league is a member we want you to be there. All of us make up the UKRDA, but more of us need to get involved.

The UK roller derby scene is amazing. We are writing this while at British Championships playoffs, at the end of the first day when we have seen the level of commitment and skill from leagues that ten years ago would have been visible at a WFTDA D1 team. The athleticism, the energy, the passion is there. We're so proud to be a part of this incredible sport, and we hope this has given you an insight into our commitment to its development, and that we have heard what our members want. This is a step towards achieving that.

If you are interested in being part of the UKRDA Board, please send a statement of interest to directors.ukrda@gmail.com, covering what skills, experience or enthusiasm you would bring to the UKRDA - as well as your name and league affiliation (if any) by midnight on Wed 25th Sept. You do not have to be a member of a league to apply.

Any and all questions can be addressed to UKRDA via the above email, or via messages on any of their social media accounts. [ FACEBOOK ][ INSTAGRAM ][ TWITTER ]