The South African National Roller Derby Festival ("National Derby Fest") may be the smallest of the National Tournaments we covered last year , but it's also potentially one of the more important to its community.

As we covered in our article on the South African roller derby community earlier this year , the population of South Africa is concentrated in a small number of widely-separated areas, so it's very expensive for the teams to play each other (let alone teams from other nations). As such, having this one big event at the end of the year is an achievable focus, and the community time it provides is all the valuable for it. 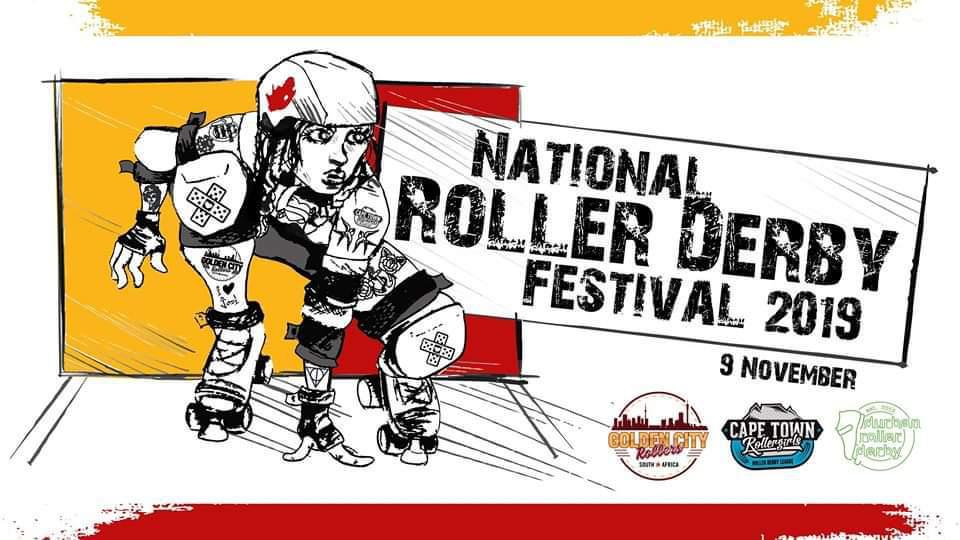 This year's National Derby Fest has a change of format, designed to maximise the amount of game play each team got. As such, this is National Derby Fest is a double round robin: each team will play the others twice, in half-length games (two 15 minute periods). As numbers for all teams are a little low this year, this will allow everyone to participate in as much derby as possible, whilst still playing WFTDA-rules otherwise.

The winners on points will go forward to play each other in a full-length WFTDA-regulation Final.

NDF is the highlight of the local derby calendar, so we're super excited to host it this year, and to see all our sister leagues again. Of course, the most important thing is to play some derby and enjoy every second, as we don't often get a chance to compete in SA. Secondly, it's an opportunity to introduce new spectators to the sport, so we're hoping it will help grow roller derby in SA.