An Interview With Lead Jammer Magazine

A new Roller Derby magazine launches this month in the UK,we talk to one of the founders of Lead Jammer magazine,Vic 'Moxie McMurder' 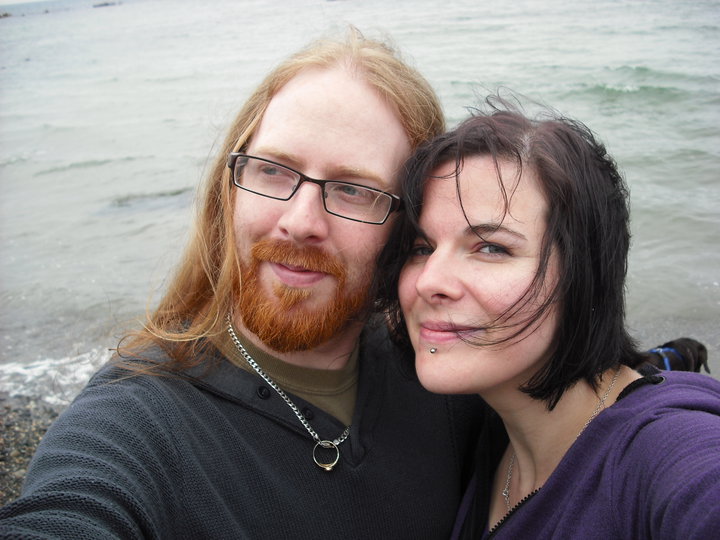 What is your background in Roller Derby?

I started playing Roller Derby in November 2010 when my local team The Hells Belles – Hertfordshire Roller Derby was founded. Being part of that team changed my life, I became a Director and Head Coach which led me to taking a course in Personal Training. I’ve since stepped down due to ill health however I am still involved with the team and help out in any way I can.

How did the magazine get started and who are the founders?

I had the idea for the magazine in December of last year. I had been unemployed for a couple of months after being made redundant and to be honest was feeling pretty miserable. The idea for the magazine just popped into my head out of nowhere and when I mentioned it to my husband he thought it was a great idea so I decided to make a go of it. As I’d never done anything like this before it’s been a learn as I go experience, but it’s been great. I feel very fortunate to be doing a job I love and I get to talk about Roller Derby all day!

I’m the editor of the magazine so I source the articles and photography, advertising etc and my husband Andy works on the design side of things, he brings it all together and makes it look good. It’s a real DIY labour of love and we’ve both really enjoyed working on the magazine together. We just hope that people who buy the magazine will enjoy it too.

Magazines are a notoriously difficult business to get up and running, has it been difficult to get up to the launch point?

I think we’ve been incredibly lucky so far, there have been no problems and we have a strong network of friends and family who we can reply on for help if we need it. The Roller Derby community have been so supportive and excited about our magazine that that in itself tells us that what we’re doing is important and worth giving our all to.

Who is the magazine aimed at,skaters,fans or a mixture of both?

We’re aiming the magazine at both skaters and fans but I’d hope that someone who doesn’t know what roller derby is would get something out of it too. We have some really fantastic writers on our team and they’re constantly coming up with ideas for articles and have just as much passion for the magazine as we do. We couldn’t do this without them.

What can we expect to see covered in the mag?

All kinds of good stuff! We’ll have bout reviews, giveaways, team profiles, kit reviews ,fitness both on and off track, alternative fashion, and music reviews. (We’ve been on the lookout for bands that have derby players/refs etc in them) We’ve put a lot of effort into making the magazine as diverse as the Roller Derby community itself. We hope there will be something for everyone. We’re open to suggestions too, we’re always on the look out for new ideas.

Theres lots of exciting stuff happening in European Derby,will the focus of Lead Jammer be Europe or the Uk?

Lead Jammer will focus on the UK however we know that Roller Derby is getting bigger and bigger in Europe and we’d like to help give some exposure to those teams so we now have some European contributors to give us the low down on the Roller Derby scene in their cities/countries for future issues.

Inside Line launched not so long ago,do you see them as a competitor ,or is there room for two Derby magazines in the UK?

We’ve spoken to Jess at Inside Line and she’s been really helpful, we see them as friends not competitors. I think our styles are quite different and we can co-exist peacefully.

How do you see the future of Lead Jammer?..where do you want the magazine to be in a years time?

World domination!! Haha We have big plans for the magazine including some pretty cool ideas for our online content. So long as Roller Derby is played we’ll be around to promote it. We’ve had so many emails from people around the world who are interested in the magazine and want to support us, the Roller Derby community rocks!

Many thanks to Vic for taking the time to do this interview. You can order your copy of the first issue of Lead Jammer magazine by visiting their website or drop by their Facebook page to say hi.