An Interview With Lily Lethal 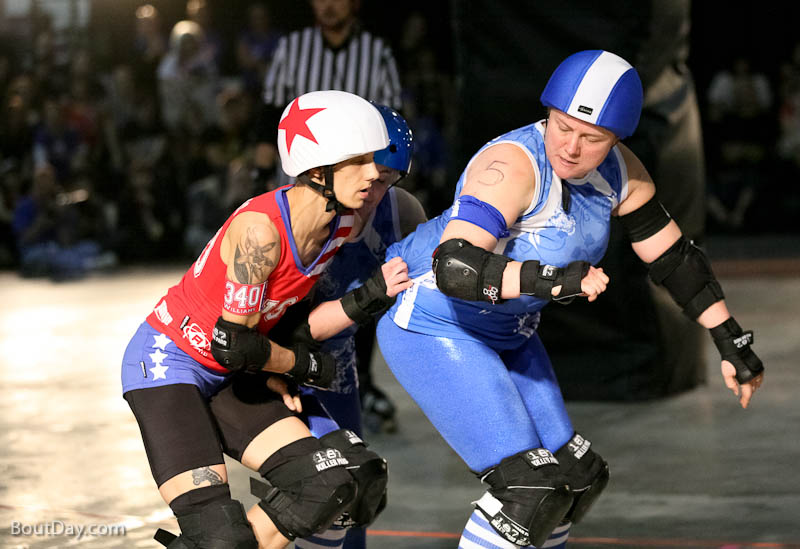 The Scottish Roller Derby blog presents an interview with one of Team Scotland's Co-Captains,Lily Lethal of Glasgow Roller Derby

How does it feel to have been chosen as Co Captain of your national squad at the first Roller Derby World Cup?

Being selected to play for my National team was really enough of a personal achievement to be honest. If I hadn't been selected as co Captain then that would have been fine,but I didn't take the role on half heartedly. When Crazylegs from Auld Reekie was up for the other Co Captain position, it kind of put me at ease. Despite being in different leagues, we know each other well and my previous experiences with her have always been positive ones.

What are your World Cup highlights,both personally and for the team?

I suppose on of the highlights for the team was beating Argentina and Brazil in the same day! Knuckles our bench manager said, "now that wouldn't ever happen in football". The team relished the chance to play against most of our Derby heroes in Team America and skating past and seeing Scotch Corner and all our fans that had travelled was fantastic support. The free lasagna and tampons were great too! as was the general atmosphere.

Do you think that the team's performance reflects the 11th place position?

I think, that in true Scottish style, we got a difficult first group. The teams were seeded on point differential so unfortunately that put us with Australia in our first seeded bout. They ended up being fourth overall, it was a difficult game and it was our third of the day. If we had been selected in a different group, things may have been different but we were happy with 11th Place. I think New Zealand came 8th and they only beat us by 13 points.

How difficult was it for you and your Co-Captain,Crazylegs,to select teams for the opponents you faced during the World Cup?

Team selection was hard. it's hard enough having to do it once or twice a month but 6 times in 36 hours! In between that we had to deliver both disappointing and good news to our skaters with regards to whether they were skating or not. It's human nature to be disappointed with non-selection for whatever reason but in this instance, you didn't really have time to dwell or get over it! Then, we had line ups to write and strategy to discuss...it was a relentless week of hard work, but we both came away from this experience knowing that we did pick the right teams for the bouts we played. In future events like this, i would probably consider only taking 16 skaters instead of the 20.

Was being Co-Captain what you expected?..and will you put yourself up for re-election when the time comes?

I don't think that being Captain was exactly what i expected. It was hard work and i don't think that i would put myself up for reselection. I think it's a role that needs to be taken up by someone with a lot of Captaining and Derby life experience.

Hindsight is a wonderful thing,is there anything more Team Scotland could have done to prepare for the World Cup?

This job would have been easier if the team had the time for more practices and bouts together. This is why i feel the team should reselect skaters and Captains as soon as our term is over in march and regularly practice. To be a good Captain, i think you need a lot of respect and trust from your team it's hard to get that when you skate for a different league and are usually seen as the opposition. This needs to be worked on regularly and practice is the only way to do it.

What did you take from your own experience of the World Cup to improve as a skater and what lessons can be learned for the team as a whole?

We all came back with our own individual goals on how we can improve ourselves and this no doubt will be passed on to our individual leagues. Roller Derby is progressing at such a fast rate that things are changing constantly and you have to be in the loop .You have to constantly evolve or you get left behind.

With the European Cup cancelled, are there any other international bouting plans?

Team Scotland had hoped to play Team Ireland in March but it doesn't look like this is happening now. I don't know if any other national teams are free on the 17th March? but with the Euro cup cancelled, there are no plans at yet.

And as for Glasgow Roller Derby as we are now known......well....watch this space! We have a BIG year ahead of us! changes all round. We as a league are heavily focused on being a constantly evolving sport! The correct image that allows us to be taken seriously as athletes is so important! We have gone through a rough patch and lost and gained some fantastic skaters. It takes time to gel as a team and this is now happening at an alarming rate! Glasgow Roller Derby are going to be a force to be reckoned with this year! We hope that our European Games will help to spread the word and with our own tournament taking place in August, it would be the icing on the cake for us to come out top and with our full WFTDA membership around the corner?... Onwards and upwards....