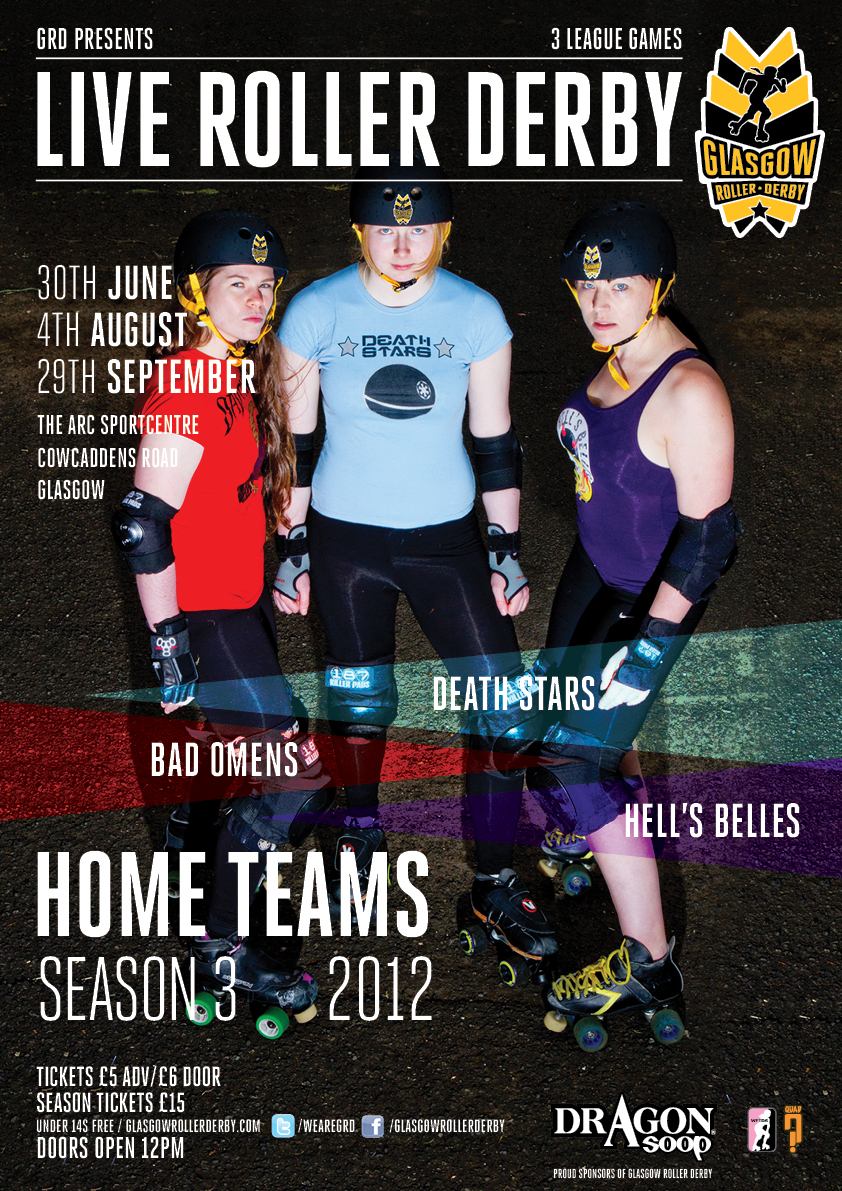 Glasgow Roller Derby kick off their 2012 Home Season on Saturday the 30th of June with a bout between last years winners,the Death Stars, up against the Bad Omens. All four Home Season bouts will take place at The Arc and are priced at £5 each,with a season ticket costing a mere £15.Especially good value ,as not only do you get a bout free,but this first bout will also be a double-header,featuring a Mens Roller Derby clash between Sheffield's mighty Inhuman League and Scotland's very own Jakey Bites.