The Nasty Nessies have been writing to their dear monthly diary on the blog now for more than a year. In the spirit of self-improvement and the new year, we decided to go back to the first ever Nasty Nessies diarist, founder Irn Bruzer, and ask her what's changed since she was interviewed way back in 2011. 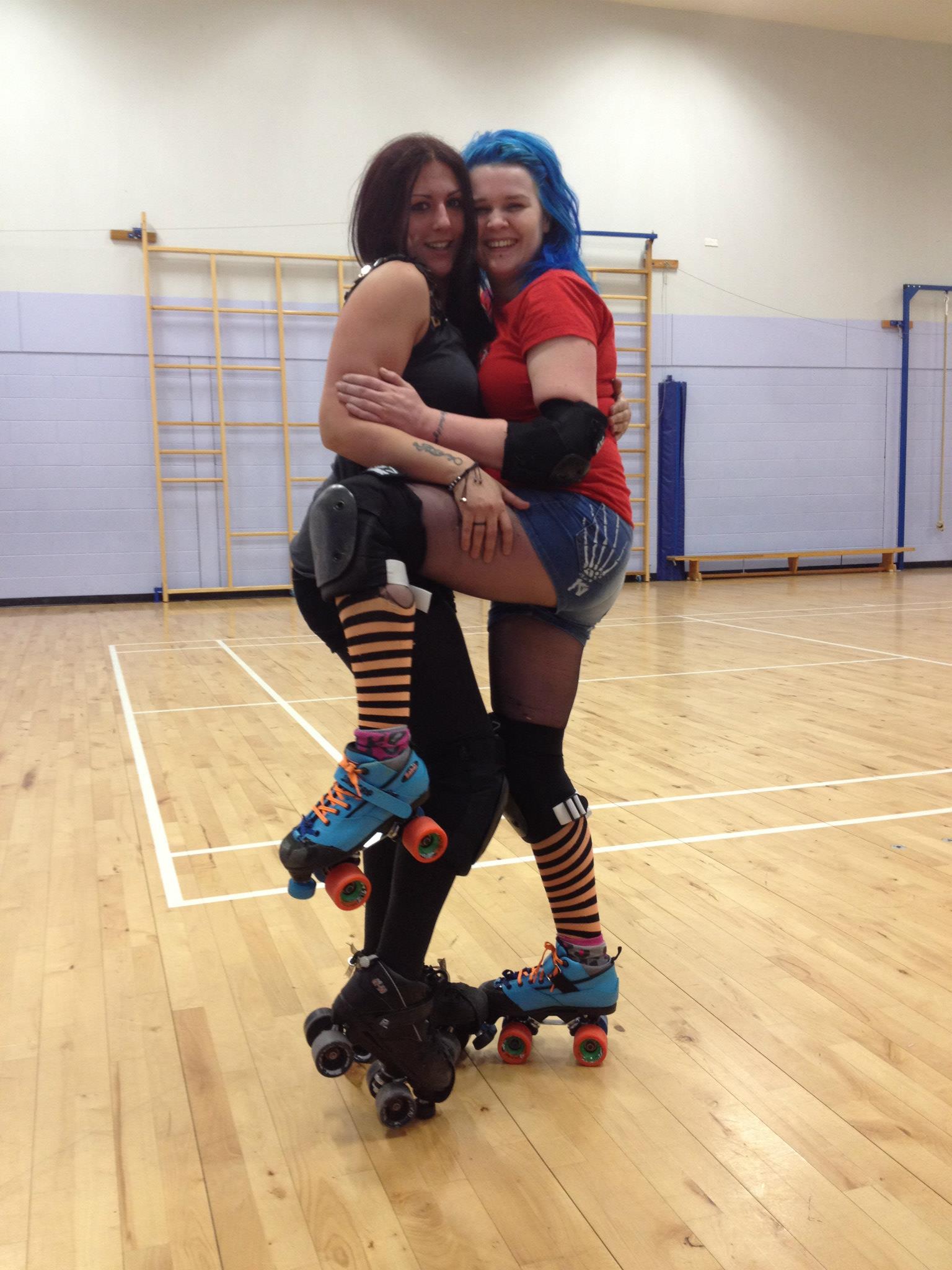 So: Way back in October 2011, you told us how Whip It had alerted to you to the existence of Roller Derby; how has the past year changed and affirmed your initial impressions of derby? Well firstly it’s definitely a way to find and make amazing friends. Some of the girls would be the kind you would walk past in the street, but now you wouldn't know where you would be without them! It’s definitely got the excitement and community that you see in the film, just not as much theatrics.

The Nessies have gotten a lot of local awareness from appearing at various events (the Inverness comic con, for example). How hard is it to organise these things, and what's the experience and reaction been like from spectators. Well luckily for us, Comic Con was a huge event already organised. All it took was a few emails and a meeting. It was also even better as we were allowed to skate around the venue which helped greatly with gaining interest. We got a lot of interest but many of them were 16. Hopefully they will keep in the loop for the next two years!

Now the Nessies have a large number of mins-passed skaters, how close do you feel you are to your first bout? Do you have anyone in mind to pop your bouting cherry? 2013 is definitely our year! We have some great newbies who show a lot of potential too. It's taken a bit of time to find our groove but now we have, there will be a Nessie takeover!

Over the past year, what've the best and most difficult things been for the Nessies in general? What advice would you give now to a league just starting out? The biggest issue we have had is recruitment and keeping people! I know all teams go through this, but Inverness just hasn’t been taken by the derby bug yet which is disappointing. We are planning a fresh recruitment drive and we have a few things in the pipeline so hopefully we can get more people on eight wheels! I think the best advice I could give is just constantly recruit, never give up or push it back for a while. You can never have enough people as you never know who you will lose unexpectedly.

Recently, the Nessies popped up to Shetland to help out Shetland Roller Derby training. How does it feel to be at the level now where you can "pay back" to the community by helping out in the same way that GCRG et al helped you out at the start? Our trip to Shetland was fantastic; being on the opposite level was great as we could see how far we have come! We saw some great up and coming skaters up there and amazing determination from some newbies!

Finally, the next year looks like being a potentially exciting one for Scottish Roller Derby in general. What've the Nessies got planned? Now that would be telling wouldn't it! You’ll just have to wait and see!