Lets hear it for the boys!

A female perspective on Merby and CO-ED Roller Derby.

Up until the past couple of years Roller Derby has been a sport ‘rolled’ out on a predominantly female playing field. There have always been men around, be it in an official capacity or those of the infamous derby widow - ship.

However those who wished to play on a competitive level have taken the proverbial bull by the horns with Merby leagues are popping up all over the UK. Scotland in Particular has no less than 4 up and coming all male leagues. Their collective bouting team the Jakey Bites have been established for over a year now.

The arrival of Men’s Roller Derby has been met with mixed reaction on roller derby scene, some embracing it fully and others feeling a little put out that the male specimen are perhaps trying to steal our feminine thunder………God can’t they let us have anything!?

Being part of a league who have taken to Integrating with open arms, I have had a fantastic opportunity to skate and compete with the some of the Jakey Bites in the past year, skating in the Uk’s first ever CO-ED derby bout with The Jakey Tayzers last September.

As a result I have become a keen supporter for CO-ED and men’s roller derby. The thought of this might seem a bit overwhelming for some but I believe it can make you a more rounded and skilled skater in the long run. I have skated for 2 years now, predominantly in all female training and bout situations and I thought I would take this opportunity to answer some of the questions or allay some of the fears people might have about Male and Co-Ed roller derby.

DO THEY HIT HARDER?

I hate to emasculate anyone here but the answer to this is not really. I have found that taking a hit from a guy is no different from being hit by the girls. The fact that they don’t really have hips takes a bit of getting used to but the impact of the hit isn't as scary as it might seem.  Put it this way, if you have ever been hit by Cider from Auld Reekie then you have nothing to worry about and are fully prepared…

ARE THEIR TACTICS DIFFERENT?

Whenever we first started training for the CO – ED bout this was definitely one of our questions, in all honesty we thought for some reason they were going to be all offence and no discipline (not sure why, guess we were stereotyping). This wasn't the case at all; for the most part their tactics are exactly the same as what we are doing on the female side of things. They are definitely very skilled and know their stuff; I didn't find it any different from skating with my female team mates. They have had to adjust to the new rule set exactly the same as we have. From watching various Merby bouts last year there really wasn't much difference in the tactics played and there certainly wasn't any less glitter surprisingly.

As we all know, roller derby can be a very 'handsy' sport, it is full contact and I suppose it would be normal to wonder if it gets a bit awkward when playing CO-ED. This one is really in the eyes of the beholder to be honest, I personally haven’t ever felt awkward or anything likes that whilst skating. Whether that comes from knowing them quite well or from being in the zone on track I’m not sure but it certainly has never been an issue. You know the bond you have with your team mates on track, well that bond is completely possible in CO-ED as well and it is a pretty gratifying experience.

ARE THEY BETTER THAN US?

The answer to this hangs on the word better; it’s not so much a case of better as different. Roller derby caters for differences; it’s one of the most appealing aspects of the sport which is known for celebrating individuality. In some cases they may be a little stronger and taller than us but……being a big player or a hard hitter isn't the be all and end all if you are smaller and faster. In truth they are as varied and unique as we are on the female side of things. Tall, small, fast, strong, hard-hitting, positional and/or agile everyone has strength it's just finding out how they compliment each other.

ARE THEY JUST A BUNCH OF “LADS?”

Cracking dirty jokes and messing around? As for the dirty jokes I know some female skaters who could make them blush……….But in all seriousness the answer here is no. They are 100% dedicated to the sport and the progression of their regional leagues, the passion they have for the sport is no less than we have in the female leagues and the drive they have shown in starting from scratch has been nothing short of impressive. As a female skater they have always been nothing less than welcoming and supportive of me and since skating with them I have seen a real improvement in certain areas of my skating.

From a personal perspective I am fully in support of Merby in the UK. I would urge everyone to support their local Merby league alongside their local derby league, Capital City in Edinburgh, Mean City in Glasgow, The Skelpies in the Central Belt and The Tayminators in Tayside. I have had the pleasure of knowing people from most of these teams and can tell you they are a cracking bunch of guys, we should be proud to have them as a part of the Scottish Roller Derby scene. I hope to see a lot more CO-ED action in the future with my Jakey Tayzers. The Skelpies League, Bairn City are already establishing a Co -Ed league so it is onward and upward.

If you want to make up your own mind or have a male friend you’d like to wrangle into taking up the sport, the Jakey Bites (Comprising of members from 3 out of 4 of the aforementioned teams) have a bout coming up against The South Wales Silures on April the 6th in Grangemouth. Check their Facebook page for event details and ticket sales. The venue only holds 100 so buy in advance to avoid disappointment. Bairn City men’s team will also be playing South Wales the day after on the 7th at the same venue, for more details and ticket sales check their Facebook pages. 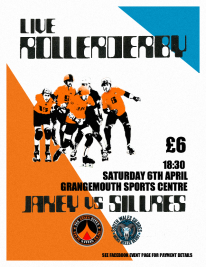 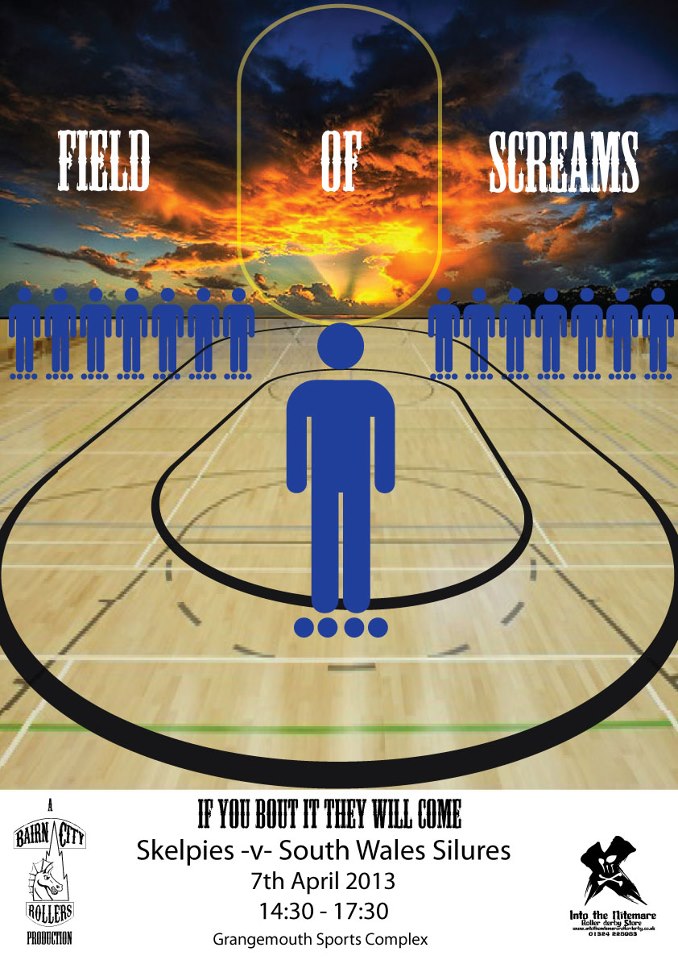