Continuing in our look back at how our Nasty Nessies diarists feel now, one year later than their initial diary, we have the case of Scarlet O'Horror (or is it Scarolott?). Her original diary is here. 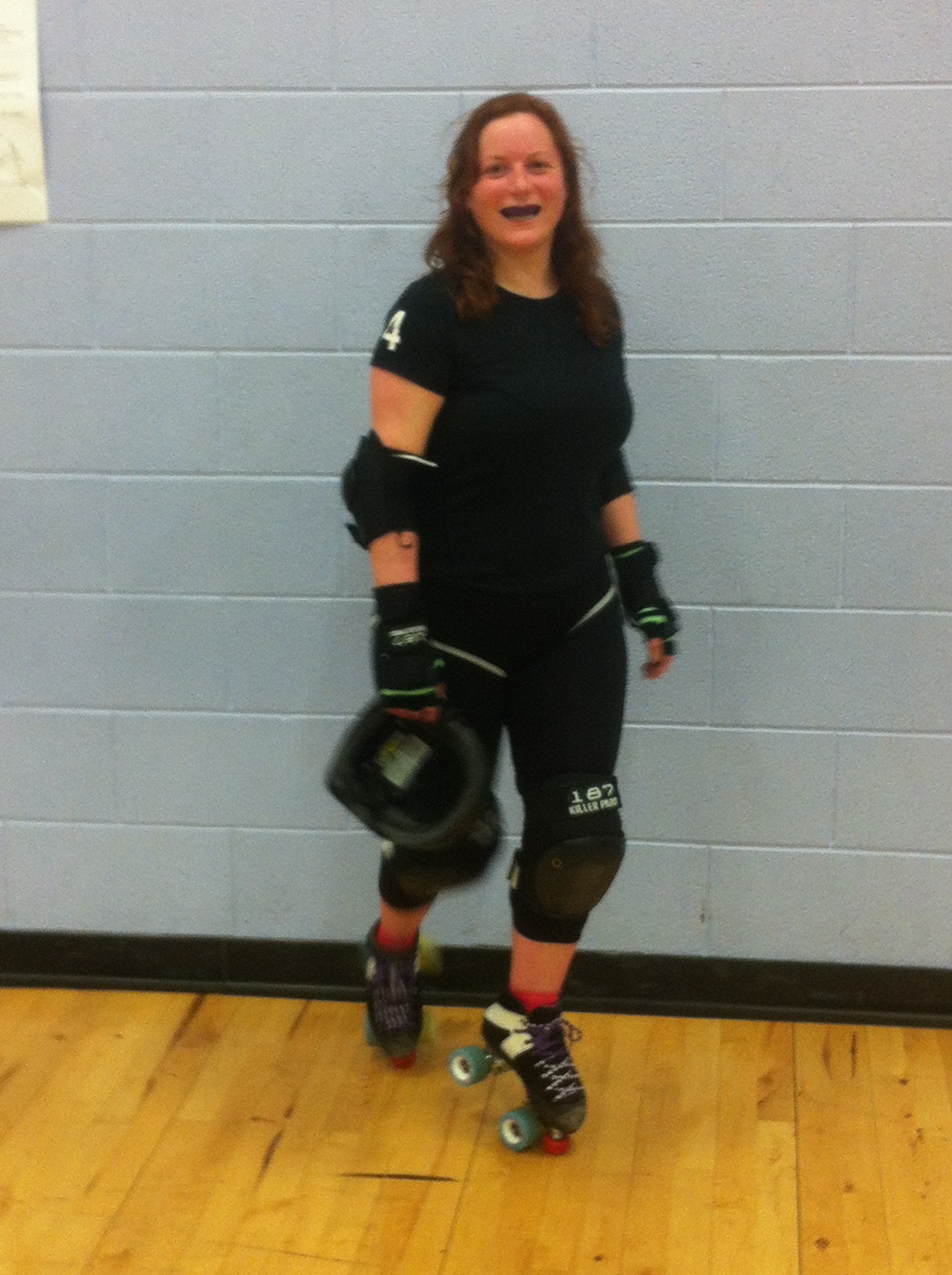 It's been more than a year since you became one of the first Nasty Nessies.  Looking back at yourself then, what advice would you give your earlier self?

I would sit myself down and say: you will LOVE this sport, so buy better gear to start with. You're just going to have to keep upgrading otherwise. Also, working on your crossovers pays huge rewards!

Last year, you mentioned that most of your derby heroes were drawn from bouts and training videos you'd seen online. Since then, have your heroes changed, as you've hopefully managed to see more derby first-hand?

I had a blast at ARRG's bootcamp - all the women who were teaching there were wonderful and really encouraging. I think my heroes of the moment though are my team mates, who have kept us going through recruitment, getting through mins, and encouraging us all on our way.

Of course, you're now mins-passed (under the old WFTDA mins, at least ;) ), and so one difference between last year and how is that you'll have been scrimming. Given your enjoyment of blocking last time we spoke, I guess you're enjoying scrimming even more?

I LOVE it!! We've been to Dundee's open scrim, and some of the girls were able to scrim in a mixed team in Edinburgh, and it's just such an adrenaline kick to get on track and be working in a team. It'll be even better when it's an all-Nessie team!

Around the time of the last diary, you'd just decided to change your skatename from Scarlett O'Horror to Scarolott, as that skatename was already in use. Now we hear you're thinking of changing back...

I'd always loved Gone With The Wind, so was gutted that my chosen name of Scarlett O'Horror was already in use by a skater in the States, so went and chose a new name. However, I've recently had some advice that some skaters have agreed to share a name - especially if they're in different continents and unlikely to bout together. So - if anyone from the TSDD is reading, I'm trying to get in touch to see if your Scarlett O'Horror would mind a Kiwi/Scottish namesake with a different bouting number...!

NNRG went up to Shetland to help out when they first started up, so I'm really looking forward to them coming to see us for a friendly scrim. I'm doing my best to get as many folk involved as I can!

What're your plans for the future? The Nessies have been tight-lipped about their plans for the next year, although we've seen the first ever public bout featuring two of your skaters in the past month! Will we see a Nasty Nessies bout by the end of the year?

It would be awesome if we could. In the meantime, we're getting more skaters through mins, and will keep going to open scrims when we can - we're all really keen to get a bout up and running!