Dundee and Granite City - A Retrospective.

On the 29th of March 2014 Granite City Roller Girls will face off against Dundee Roller Girls’ Silvery Tayzers. This will be the third time the teams have played each other in the space of 4 years – a period of time that has seen a change in the look, the feel and the integrity of our sport and as such, a change in The Fights and The Tayzers. Clinically Wasted and Milky offer an interesting retrospective into how their leagues have developed in this time, and their aspirations for the future.

Granite City and Dundee were the first younger leagues to spring up in Scotland after the teams on the central belt had become more established. As a result, the leagues formed a symbiotic relationship, assisting each other wherever they could.

-Roller derby in Dundee has always been close with GCRG. They made the journey week after week to help us with every aspect of derby - from putting us through our minimum skills to helping us structure our league. It's fair to say that we wouldn't be the team we are without the help they gave us in the start, and their continuing support. (Milky) -The relationship between Aberdeen and Dundee goes back along time, before I had even put on a pair of skates myself. The maturing of both leagues has ran side by side, and for a while it almost felt like we had a conjoined league of Dundeen where we would attend each others training and in fact GCRG’s first ever closed door bout featured a few of the Dundee girls. -(Clinically Wasted) 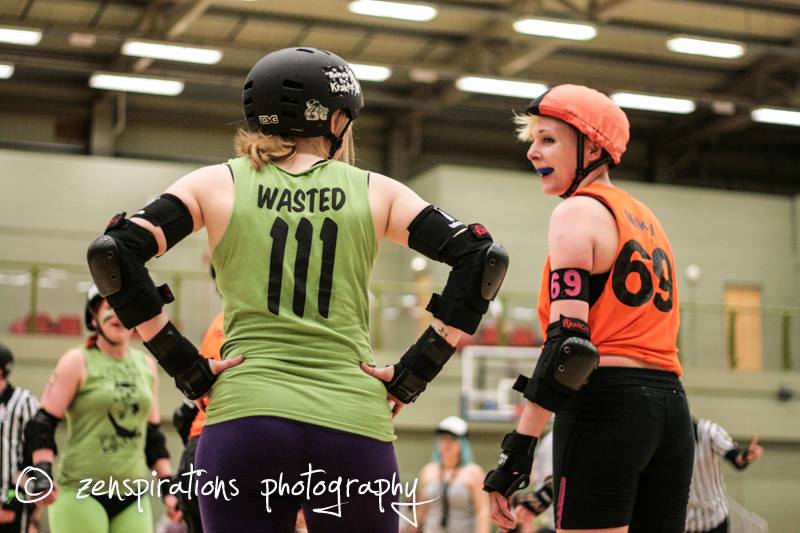 Riding off the back of Highland Fling, Dundee hosted their first ever home game in November 2010. Their opponents - GCRG's Northern Fights. -A select few of us remember bouting GCRG  - our first home bout as Dundee Destroyers. We didn't have any tactics really, we were just ecstatic to be sharing the track with our big sister league. We didn't take ourselves or the bout too seriously. As newbies we were all still caught up in the novelty of bouting - I think the majority of our time was spent considering uniforms, chants and face paint. Needless to say, GCRG had the edge on the day and took home the win. (M) -We were flying high with all the good intentions and in our fishnets, high socks and pants we were ready to kick butt. Dundee so kindly got somebody to film the occasion so it can eternally be watched. The video always makes me smile, because I remember how much fun we had that game, playing against our sisters. (CW) 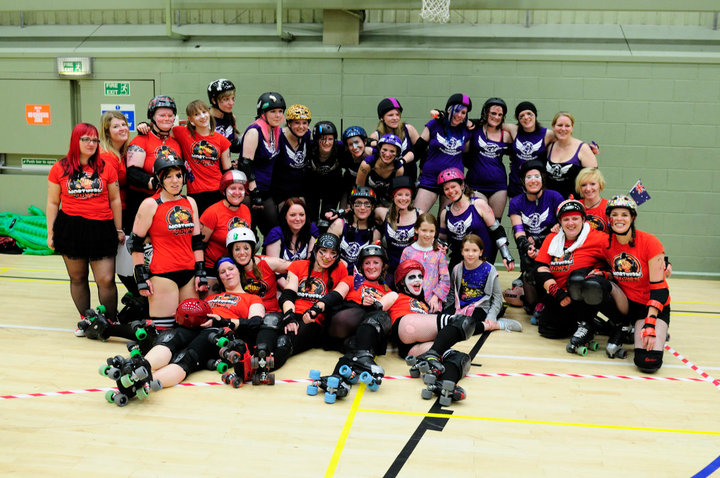 And if you haven't seen it already, here is a link to the video by Dylan Drummond: Northern Fights vs Rippin Kittens 2010

Time marched on. Outside of these two league's UKRDA were fighting for recognised sport status, London RollerGirls had joined WFTDA, people were taking knee down starts…remember them? Our sport evolved. And then these sister leagues played again, this time in Aberdeen.

-By our return bout the following year, we were now Dundee Roller Girls. Skating under a new name and colour and with new ambitions and values. The team was much more focused - we'd spent months studying our tactics, rules and honing our skills. The atmosphere for us was a little more tense this time as we were aiming for a win. The bout was hard fought from both sides, but again GCRG just pipped us in the final minutes. It was the best we'd skated as a team and the closest we'd come to victory. We finished proud of ourselves and incredibly proud of our friends in GCRG who had grown so much and who continued to teach and support us. (M)

- The game was hard, well fought, close and most of all fun. The level of derby and strategy had changed, but that buzz of seeing your friends play well made it all worth while. (CW) 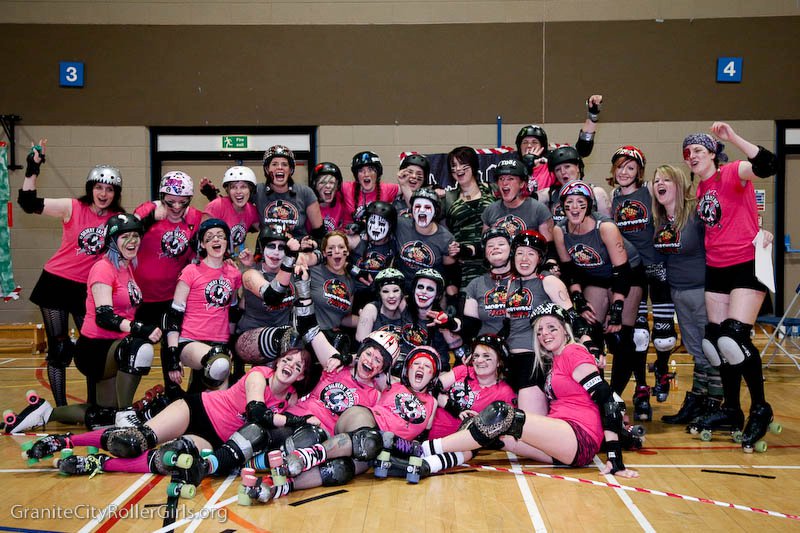 Fast forward to now, in 2014. DRG and GCRG have both had an incredible few seasons. Both teams are serious about progressing our sport and promoting the athleticism and empowerment they've worked so hard to achieve. Each team has changed vastly since they first lined up against each other in 2010; Dundee are in fact a completely different league with only 4 rostered skaters playing from the original line up, and Granite City only having 3 original Fights playing. Despite all the changes the two teams have experienced, they've continued to meet on track throughout the years, together and as opponents, still supporting our derby sisters and always proud of each teams acheivements. -We've remained each other's biggest fans. For me, I still frantically follow Twitter feeds for away scores as if it were for my own league. Regardless of the outcome of our upcoming bout, there's not a team in the world I'd rather share a track with, and not a team in the world I'd rather drag my battered body to share a pint with afterwards! (M)

-We always love catching up with the Dundee girls, and when we hear of their upcoming games it's as if we are skating with them! Tentatively waiting for scores on twitter and facebook! People have come and gone and attitudes have changed but I know for certain one thing; at the final whistle, we will all hug, we will go grab a beer and we will all party like it’s 2010! (CW) 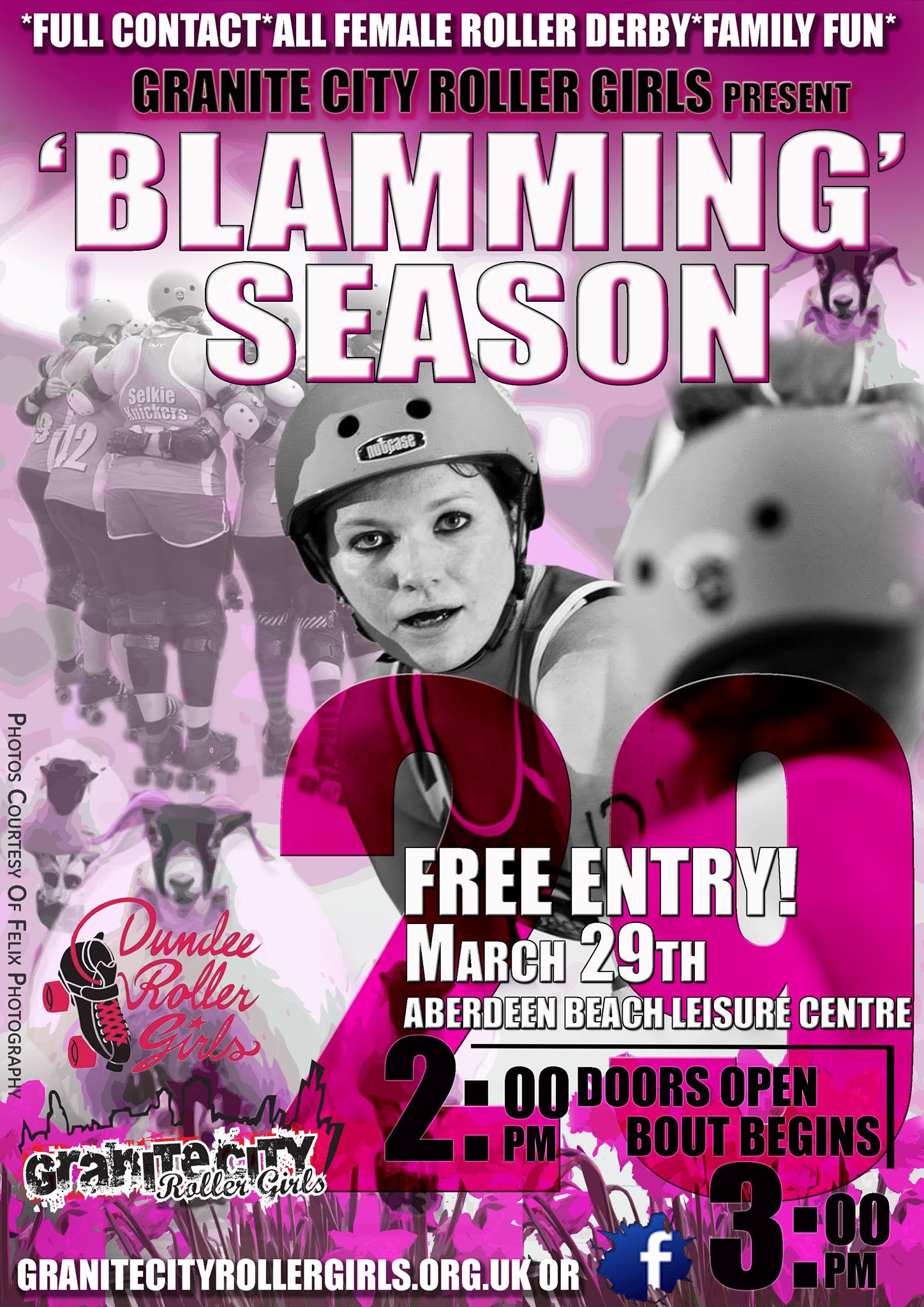