An Interview with: Moxie McMurder and Lead Jammer 2014

Back in 2012, Lead Jammer magazine burst onto the stage as one of two new UK-based Roller Derby Magazines. At the time, Scottish Roller Derby blog editor Sandy caught up with LJ editor Moxie McMurder to talk about the launch. Two years later, it seemed like a good time to catch up with how the magazine, and Moxie, had changed along with derby itself. 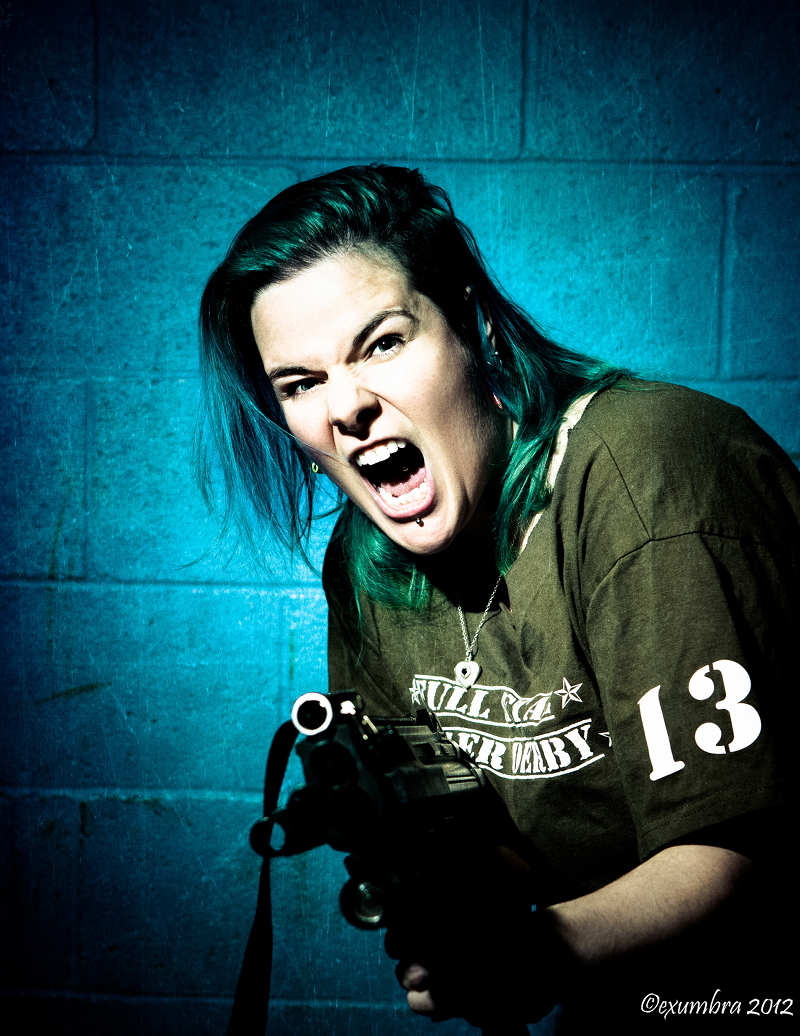 We last interviewed you a little more than two years ago, right at the time of the launch of Lead Jammer Magazine. What do you know now about the publishing business that you wished you knew then?

To be honest I still feel like I’m learning something new with every issue, the things I struggle with are late submissions and having to chase people for articles they’ve promised me. It’s resulted in the issue coming out later than planned which of course pushes back subsequent issues but I feel a real responsibility to put out the best issue I can, so I won’t rush things. It’s still very much a learning experience.

The last time we talked about your plans for the future of the magazine. Have those plans changed in the last two years, or are you still on track for world domination?

Oh I still want world domination haha, I still want Lead Jammer to be the Rolling Stone of roller derby! I would love to take more of the opportunities that come our way such as sponsoring events however it’s difficult when you’re not sure if it’s worth the monetary risk. I’ve been burned by that. The only real plan I have for the mag is to make sure it’s always an interesting read and reflects all the different experiences and facets of roller derby.

And, outside of the magazine itself, how do you think derby has changed since Lead Jammer was launched: can you see a difference reflected in the articles you get submitted?

Men’s roller derby and junior roller derby have gotten a lot bigger so we have articles reflecting that. With the WFTDA rules changes and the next roller derby world cup there isn’t a shortage of people with opinions and a willingness to put forward new ideas.

You cover quite a range of Derby related topics in the magazine, ranging from some fairly technical through to more accessible articles. How do you balance the content from issue to issue, and what is the editing process to bring an issue together?

I do my best to make sure every issue is different and covers as wide as range as possible. When writers contact us they’ll sometimes ask if we have a topic in mind and sometimes I don’t so it’s up to them to pick a subject and all I ask for is a team logo and a photo or two to accompany the piece. This can be a saga in itself as we need the photographers permission before we print a photo and sometimes getting that photographers details is harder than you might think, sometimes we don’t get a response from the photographer which then means we need to look for another way to fill the page and make it more interesting than just black type on a white page. We’ve been very lucky when it comes to writers and submissions for the magazine. We’ve got people who have never written anything and we have experienced writers and bloggers. We have articles that are full of the authors personality and we have writers who like to take a more serious approach and we have some regular contributors who are brilliant! Coming back to photographers we’ve been so lucky to have access to some fantastic photographers who help us out all the time and we really appreciate that.

Putting the bones of the magazine together is fairly simple, it’s the design aspect of it that’s tricky. I’m taking a more active role in the design of the magazine now, before it was my husband who did that side of things. I’m enjoying working on the magazine in a more creative way as before my job was sourcing the articles and photos and placing them into InDesign but I had limited knowledge of how to make a page look good. I’ve been learning a lot more about InDesign, Photoshop and anything else that might help me keep the magazine looking good.

Do you have a favourite interview or article from the first two years worth of Lead Jammer issues?

The Brighton Brat’s Victorian Guide to Roller Derby in issue #7 was fantastic and I really liked the interview we did with Dave Wruck the director of Derby Baby. We’ve had some great writers and illustrators work with us and we’re always looking for more!

Does working on the sport you love take away any of the magic of why you fell in love with it to begin with?

My relationship with roller derby was already quite bruised when I started the magazine, if anything the magazine made it easier to stay in love with roller derby. Roller derby is a strange sport, it can break our hearts but we still can’t bring ourselves to quit. For the most part working on Lead Jammer is a lot of fun but there are days now and again when I feel like I’d like to quit. I’m not afraid to speak my mind which bothers some people and when a ton of negativity is thrown at me for having an opinion on roller derby it can get a bit much. However when I get a random email or Tweet out of the blue from someone telling me how much they love the magazine that makes it all worthwhile. The magazine is written by skaters for skaters although I’d hope a fan of derby would enjoy it just as much as a skater.

Lead Jammer is now the official magazine of the Heartlands Series, the largest annual tournament in the UK. How did you get involved in becoming their sponsoring magazine?

They actually approached me about becoming the official magazine of the Heartlands. I was really touched that they'd like us to be involved. I'm a big fan of the Heartlands series. It gives local teams the chance to really be a part of something and gives established as well as really quite new teams the chance to take part. This year the Heartlands has grown to include many more teams and I can only guess next year will be even bigger. It's really helping to build the roller derby community.

With a lot of more general interest publications folding, or becoming more web than print based, how do you see the future of magazines in general and Roller Derby magazines in particular?

I think when it comes to Lead Jammer there will always be a place for a physical copy, much like fanzines being a part of the  DIY subculture my hope is that Lead Jammer provides the roller derby community with something they would want to own/collect.

As for magazine’s in general, I’m not sure. My husband and I  subscribe to Empire magazine and I’d always go for a physical copy rather than reading it on my phone/tablet. That said we are looking into getting a Lead Jammer Mag app/download up and running so people can have the choice of a hardcopy or something they can read on their phones/tablets etc...

In another two years, who knows what will have changed in roller derby? Hopefully, we'll have the chance to go back and continue this series with a third look at Lead Jammer in 2016!

Lead Jammer Issue #8 is out now, via mail-order or at selected Roller Derby Vendors.