Puerto Rico's flag – consisting of five stripes and one star – is almost tailor made for derby - as are the sensational skating senoritas who hail from this beautiful island paradise.

This is the first time at the World Cup for Team PR and the Latin American derby divas are aiming to make their debut in style.

They have been working hard in preparation for the World Cup – meeting every week to skate for three hours … and that’s on top of at least three weekly practices with their own leagues.

But the team aren’t tired – far from it - Dallas is going to be a fiesta, not siesta for Team Puerto Rico, with everyone determined to showcase how much derby means to their homeland.

These awesome skaters are blazing a trail in Puerto Rico – raising awareness of derby, sourcing practice venues and even overcoming a vicious virus which causes more pain than a can-opener at full speed.

Scottish Roller Derby caught up with skater Sindia Pérez Pérez – aka Miss Tumbacocos – and also Kristen Fink (Mala Suerte) to get the low-down on the Latin American aces. 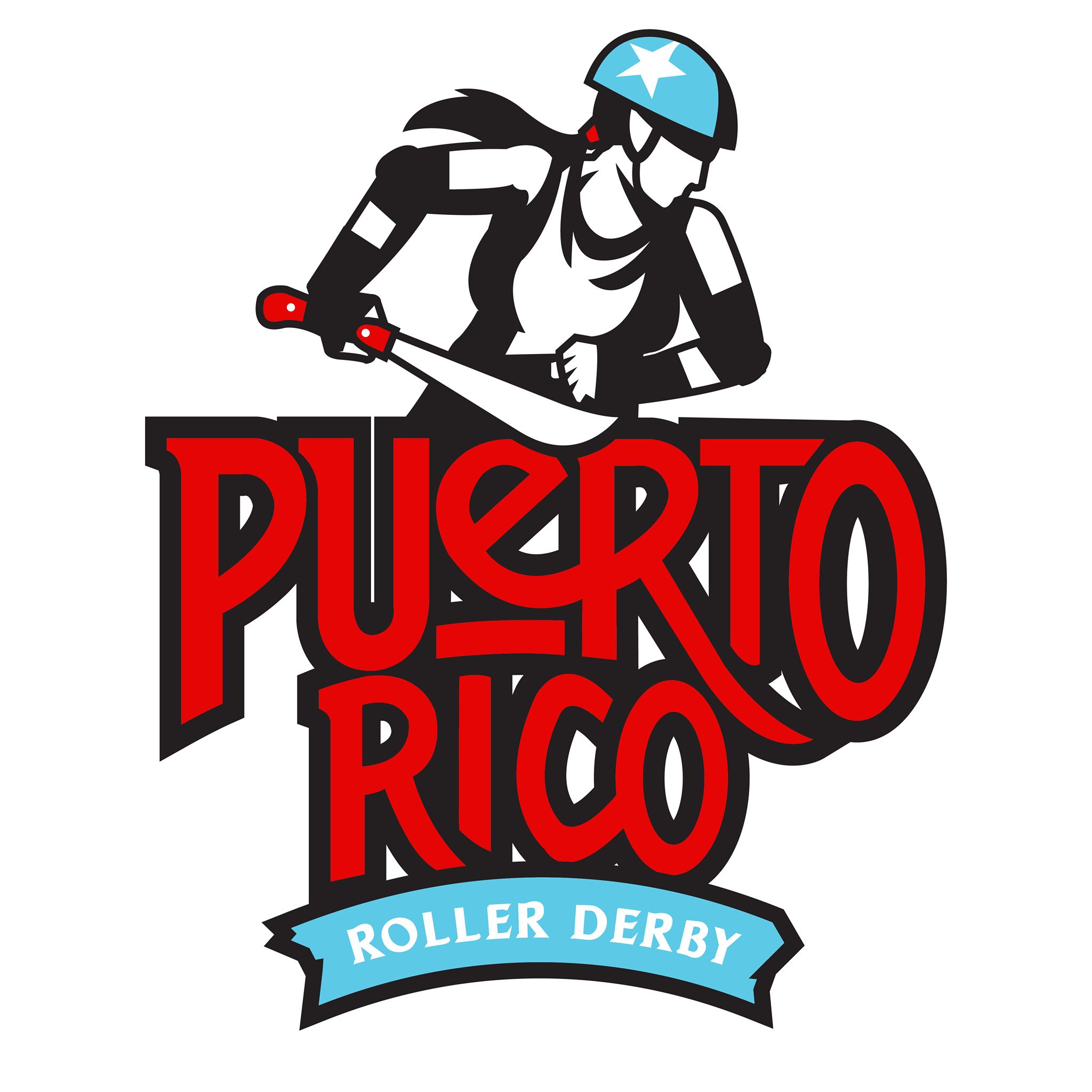 How are preparations going for the World Cup?

Kristen: Lately anxiety and pressure have been rising as we continue counting down to the big day. We’ve been giving our 100+% at our weekly practice! Administrative work such as merchandise, travel, filling out surveys, sending documentation to the organisers, getting uniforms done and a gazillion other things are taking up most of our non-practice time. So, roller derby 24/7 would sum it up. Oh, and making sure these interviews get completed and sent out, so people get to know Team Puerto Rico - let alone that it exists!

Just recently we added an additional hour to our weekly Sunday practice and an extra two-hour practice on Thursdays. This is additional to each player’s individual team/league practices which meet between two-three times a week.

Sindia: As TPR we practice once a week for three hours. Each skater has at least three practices with their league/team that lasts two hours. We skate in an extremely hot and humid environment.

In terms of the team - from which leagues have your players been drawn?

What is the team's goal at the World Cup?

Sindia: To represent our small island with dignity. We have many challenges, from having an almost non-existent skating culture, to lack of practice venues and, recently, a painful virus new to our Island called Chicunkunya - transmitted by mosquitoes (living in the tropics). That has affected many of our skaters and our different teams’ rosters (don’t worry, it doesn’t spread by touching or in the air). It has been a challenge because it causes extreme joint pain in the extremities. But when they have less pain, they come back and keep skating.

Kristen: We want to leave a lasting impression, let the world know we have been practising and studying derby very hard for the last four years. We also want to gather and build the largest derby contact list ever! This to us has been a constant learning process. I would say getting a selection together to participate in the World Cup is already achieving a goal, now we are just looking forward to absorbing and getting the experience of what it is to compete against top, elite teams and skaters from all around the world.

Fundraising and sponsorship - how are they going?

Kristen: This to us has been a huge challenge. Trying to get the word out, working very hard on raising the funds to travel and cover as many derby-related expenses as possible has been an ongoing process, but not as successful as we would like. In Puerto Rico we are still lacking the resources roller derby needs to get the sport recognised by the general public. Therefore we have not received much support or help from outside or local companies for sponsorship. Our biggest sponsors to date have been our own skaters’ local businesses like Rolers Skateshop, The Parlour and a couple more.

Sindia: We have a fundraising schedule with different activities like bingos, discounts at restaurants, merchandise and a Go Fund Me page - http://www.gofundme.com/7lqn6c. Visit https://www.facebook.com/teampuertoricorollerderby for merch.

What's the mood of the team - excited, proud, and determined?

Sindia: All of the above!

Kristen: We are a bit shocked we were chosen to do this, positive that we will do our best and determined to make this a derby lesson for eternity. And most of all very blessed to be able to represent our country! We are way excited and trying to balance each other’s feelings.

* What will Puerto Rico be aiming to do at the World Cup?

Sindia: We are aiming to win! Gain knowledge and skills, win peers and hopefully win some games.

Kristen: Mainly gain experience, up the game, diversify the game and win or lose, we are not going home empty handed. We are also looking forward to expanding our competitiveness as we aim to organise more Latin American tournaments.

Without giving away any secrets, who or what should people in Scotland keep their eyes out for?

* Thanks to Maria for additional material and being awesome. 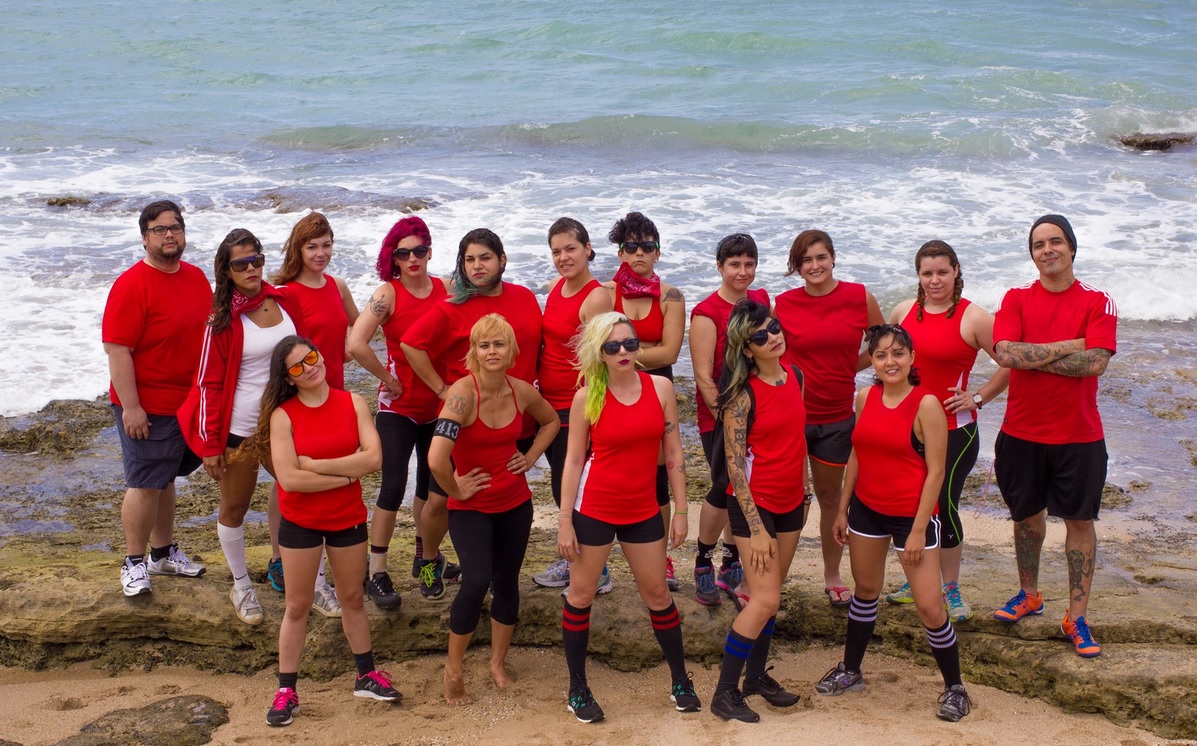