If you think a week is a long time in politics – then you should try Mean City Roller Derby.

Twelve months packed full of arrivals, departures, dramas, delights – not to mention changes, challenges and rule tweaks to keep everyone on their toe-stops.

Over the course of a year, skaters fall in and out of love with the sport, teams 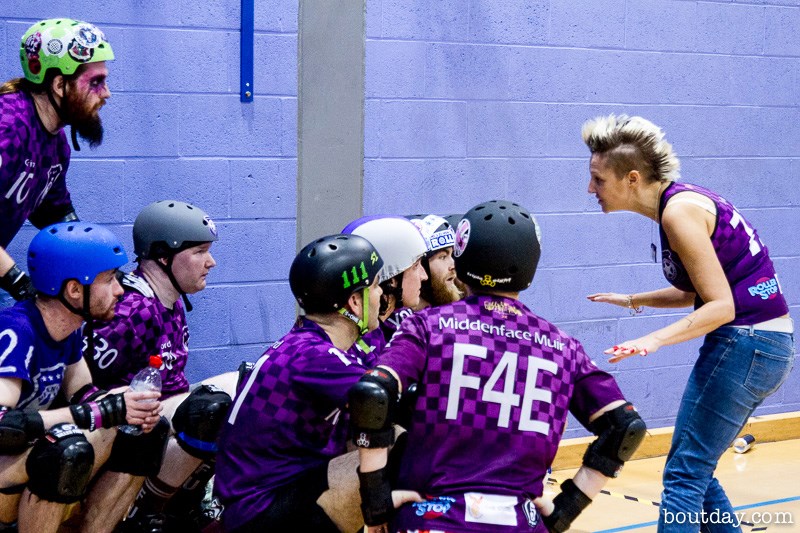 Mean City Roller Derby (MCRD) can look back with pride, joy and determination on an action-packed 2014 which saw them win two public games, become the first co-ed league in the West of Scotland and come together as an unbreakable unit.

Pride in the way the members have trained, played and been ambassadors for their sport.

Joy in the vast improvements made throughout the league on and off track.

Determination to keep improving on all fronts – playing more games, encouraging more women and men to join, and getting better and stronger as a team, as a league and as friends.

It’s been an astonishing 52 weeks for a league which took its first breath in 2012 – breaking new ground for men’s roller derby in Scotland - and has never looked back.

On 25 January 2014, Mean City joined with Bairn City Rollers to contest the very first public all-Scottish men’s roller derby league bout. The Skelpies took the scalps that day, but an unquenchable spirit was growing within Mean City, fostered by a new influx of skaters, trainers, supporters and officials.

It’s that spirit that has driven Mean City forward to make changes both on and off track during a momentous 2014.

May 10 saw Mean City travel down to the wonderful Barrow-in-Furness to play the equally-wonderful Infernos. The English lads lived up to their name as they gave Mean City a roasting hot reception – providing the Glasgow skaters with a lesson in walls, recycling and sizzling skills.

Despite the defeat, spirits remained high within Mean City, with a number of encouraging signs – more dedication at training, a willingness to learn and practise, and changes off the track to ensure the league was continuing to grow.

Next up for the ‘purple hearts’ was the Men’s Sur5al Tournament - hosted back down in Barrow by the Furness Firecrackers. A crack squad of skaters was assembled to take to the track against teams including Southern Discomfort, The Skateful Dead, The Inhuman League and Lincolnshire Rolling Thunder.

No-one really gave the Mean machine much of a sniff – so it was all the more amazing and satisfying when the City squad beat Southern Discomfort.

That’s right – Glasgow beat the best men’s derby team rolling in the UK. Okay it was one jam and under Sur5al conditions, but that matters not a jot – it’s not just the result, it’s the implication and the promise held therein.

And they were doing it in style … by working, training and playing together.

Next up was an ambitious step for Mean City – on and off the track – a double header which would see MCRD host the mighty Teesside Skate Invaders in Glasgow.

That double header was history in the making - the first time a double header had been organised to include teams from both Glasgow leagues.

Onlookers might have expected a modest improvement from MCRD – perhaps a close game and a typically-Scottish narrow defeat. But the onlookers didn’t realise that Mean City had been working harder than the Italian Stallion when he hit the Russian hills in Rocky IV.

There was nothing rocky about the solid walls employed agains 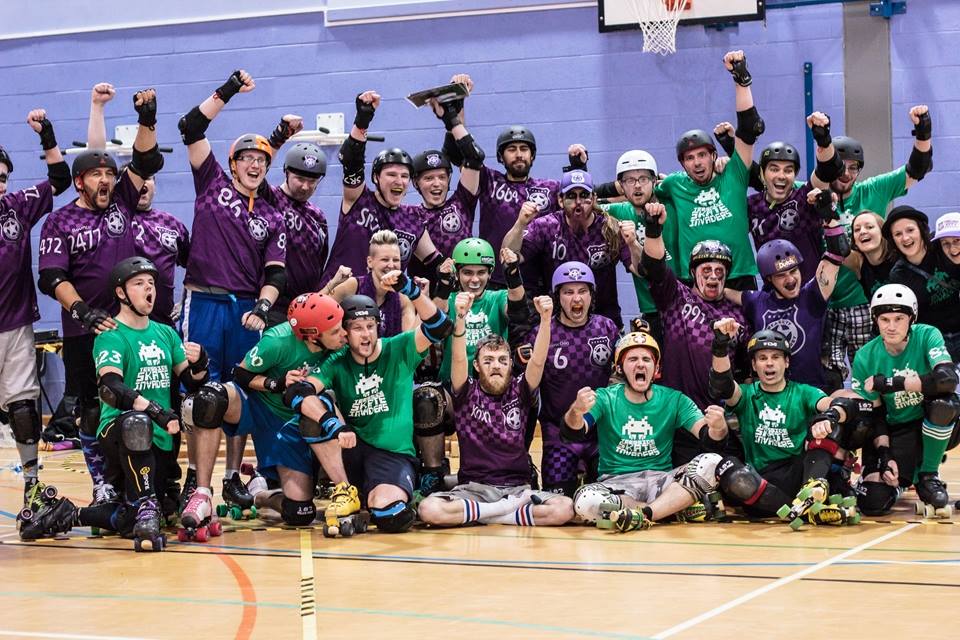 t Teesside and there was nowt ropey about the juking jammers who spun, ghosted and muscled their way through a tough team.

But the thrills and spills didn’t stop there – next up on 4 October 2014 was another double-header – this time featuring MCRD vs the Wirral Pack Animals and the Cannie Gingers against the Central Belters (from Bairn City Rollers).

If the onlookers didn’t fancy Mean City’s chances against the Skate Invaders then they gave them even less of a sniff against the fearsome Pack Animals – with their ferocious jammers and unyielding walls.

Said onlookers were soon left picking their jaws up at the floor (and portions of humble pie at the door) as Mean City bossed the game – skating out 163-136 winners.

That score doesn’t begin to tell the story of a team and a league who fought for every inch of track and for every one of their team-mates. It was an awesome performance and marked a real sea-change for Mean City.

But another sea change was about to take place behind the scenes. 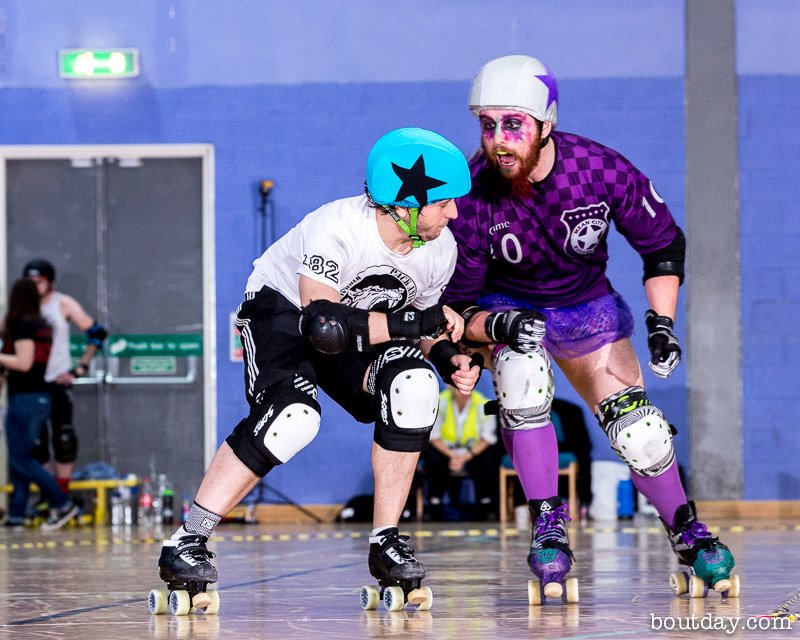 There had been a growing feeling within the league that it was time to take a brave step into new territory.

Responding to demand – both from within and outwith the league – it was decided that Mean City Roller Derby would become co-ed. Members felt Mean City should help lead the way into a new future for the sport – a future involving people of all genders and all backgrounds.

The move was not done on the spur of the moment – it was a logical and heartfelt conclusion to months of thought, discussion and soul-searching.

So 2014 ends with a new dawn – as Mean City Roller Derby takes its first steps towards a future packed with promise, fresh challenges and enough thrills and spills to keep Glasgow – and our sport – rolling for a long time to come.

MCRD Chair Alan Muir said, “This has been an unforgettable and unprecedented year for Mean City – it’s amazing how far you can travel in just 12 months. We’ve organised two double-headers – winning both of our games – and taken the scalp of the mighty Southern Discomfort.

“Allied to that we took the momentous decision to offer a roller derby home to people of all genders and from all backgrounds. We believe as a co-ed league we offer people the chance to play derby in a fun, committed and competitive environment – helping the sport we love to thrive.

“We would be now 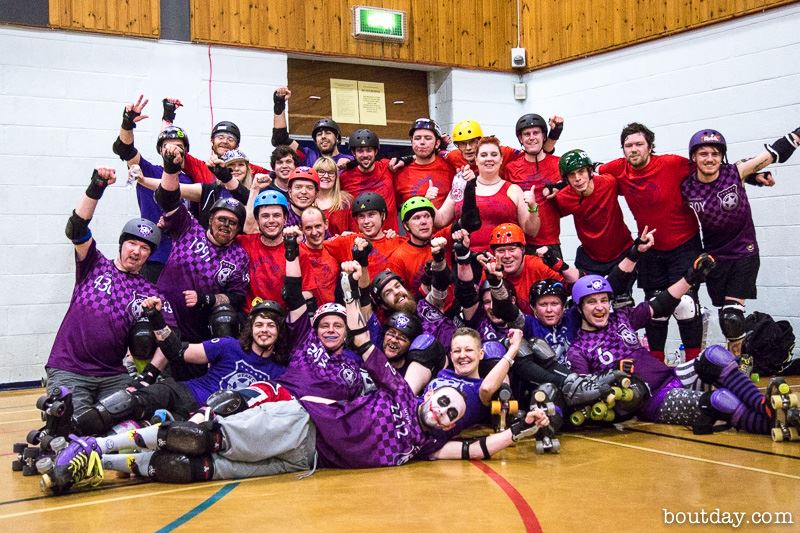 here without the support of everyone involved with Mean City –skating, supporting, officiating, refereeing or cheering us on – and our brothers and sisters on and off skates around Scotland and beyond.

“On behalf of MCRD I would like to extend a special thanks to all the referees and NSOs – and all the volunteers - who have helped to keep us within the boundaries and on track during 2014.”

What will 2015 hold and where will it take Mean City? In the absence of a TARDIS we’re all just gonna have to find out one game, one jam and one practice session at a time.

There’s an old saying that it’s the journey that’s important – not the destination.

It’s also about the people who walk (or skate) with you and the awesome folks you meet along the way.