After becoming Scotland’s only junior roller derby league on its launch in September 2013, 2014 has been another year of firsts for Fierce Valley Roller Cubs. 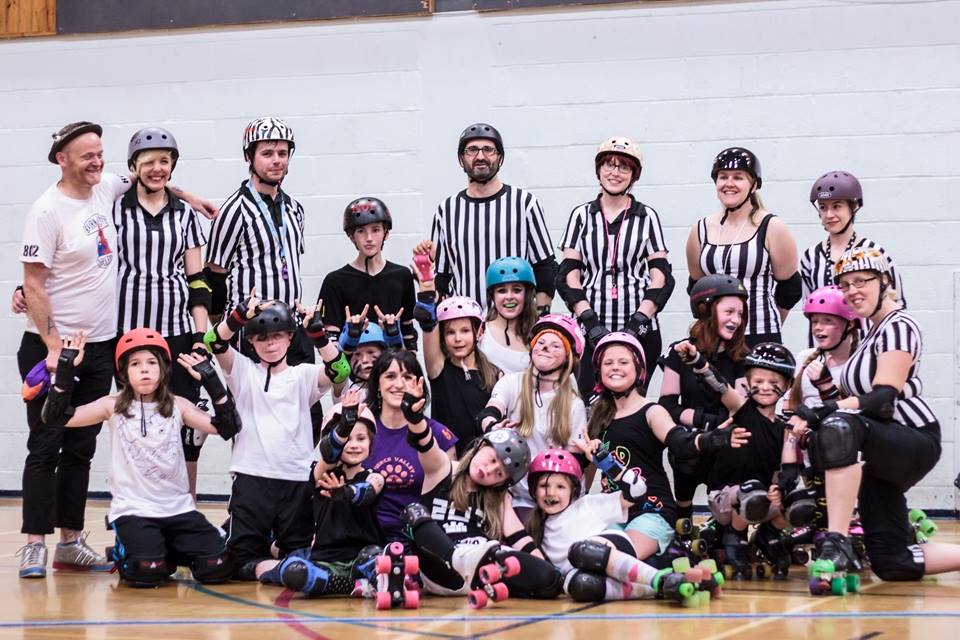 The year began with an intake of skaters in January, and the interest in junior derby has remained high enough to hold a further three intakes throughout the year. As of the end of 2014, FVRC currently has around forty skaters from across Central Scotland regularly attending at least one of our three sessions per week.

2014 was also a year of learning and adapting, not only for the young skaters but for the coaches too. When we found that a number of Cubs were passing their level one and level two assessments (taken from the JRDA), it became clear that two sessions on a Sunday would not be enough so a third session, for skaters aiming to pass level three, and focussing more on derby skills and gameplay, was added on a Friday evening. We also took the decision to have all skaters at the same level train together regardless of age rather than splitting them into two groups of 5-10 and 11-17 year olds. This has worked very well to this point and has helped kids of all ages to progress.

The first major milestone of 2014 came at the end of May, when Fierce Valley Roller Cubs were invited by ARRG to stage a demonstration at half time in one of their games. Despite some initial nerves, the Cubs were thrilled to have the opportunity to show off their skills in front of a large crowd at Meadowbank, and it was a proud moment for the coaches too.

Following this, July saw a week-long derby summer school held, which started with a taster session and included sessions from guest coaches from Power of Scotland and FVRG. The summer school was well-attended and popular with the Cubs, and is something we will look to repeat in summer 2015.

The culmination of the summer school, not to mention the months of hard work beforehand, was FVRC hosting the first ever public junior derby game in Scotland. Two teams of advanced Cubs skaters faced off in front of a large crowd in Grangemouth, and it was great to see the level of support from the wider derby community for our event. 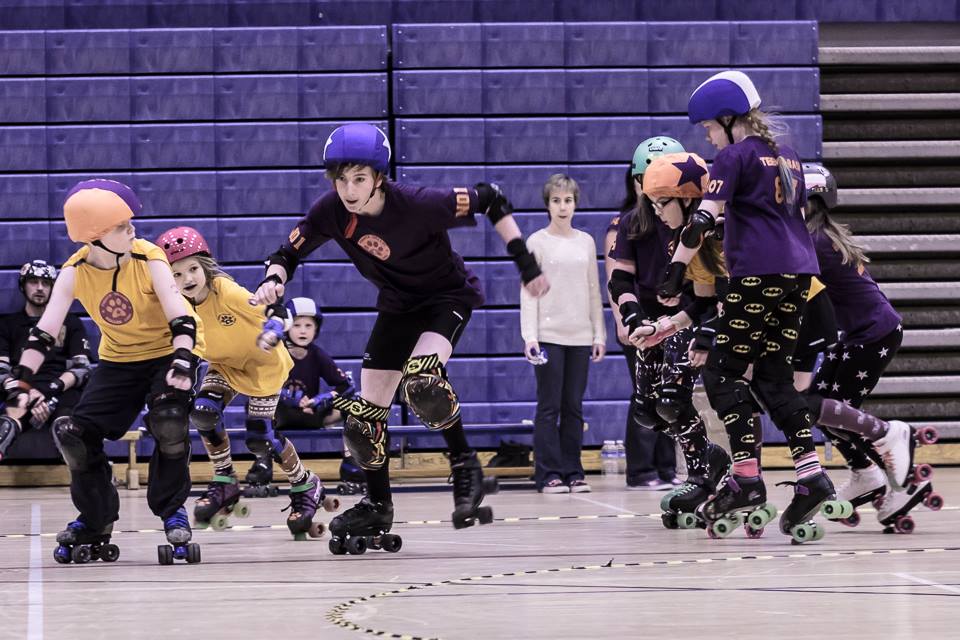 As word of the Cubs spreads, we have been asked to visit schools and other groups to demonstrate what junior roller derby involves. Another demonstration scrimmage at half time in Capital City’s debut bout followed and brought us to the attention of a wider audience still.

2014 was rounded off with another game, this time as part of a Harry Potter-themed double-header with Fierce Valley Roller Girls. With more skaters involved, a number of whom who have now passed their level three assessments, the progression in skills, tactics and derby knowledge was apparent in a closely fought game.

Away from the track, we set up a Parents’ Committee which has been a great help to us in organising events including a family fun day, Halloween party and Christmas roller disco. In this way, we’ve seen that roller derby is something that whole families can become involved in.

The last word on 2014 goes to Teeny Bash, who has taken part in every event this year and captained Team Ravenclaw in the second Cubs game. 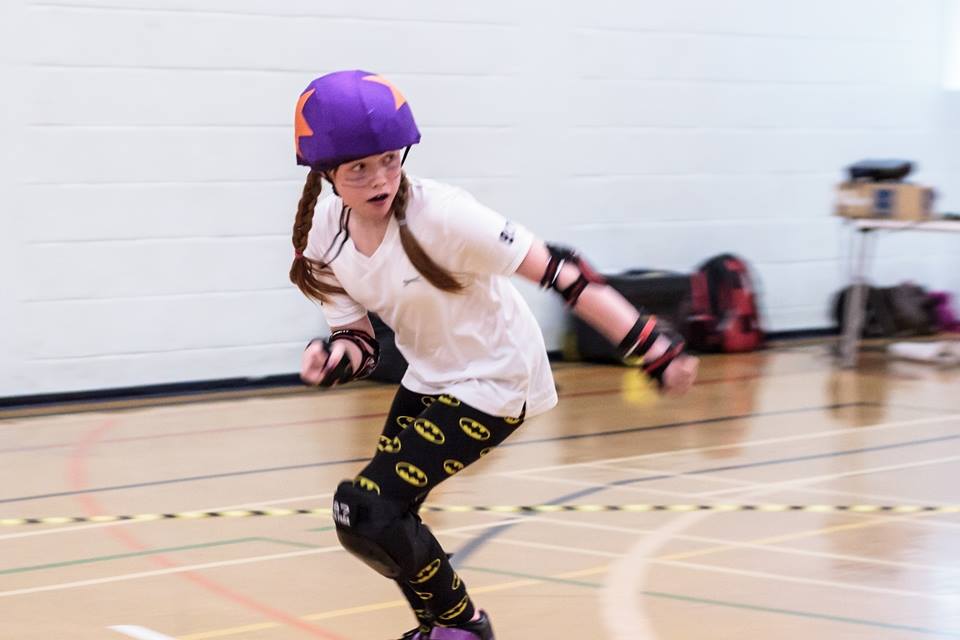 14 was a busy year for FVRC, what will you remember most about it?

I will remember my first bout because it was the most exciting day ever. I couldn't sleep the night before and all I could think about was how it would feel to do the skate out that I have watched the roller girls do. My mum took me to watch a FVRG bout and I just wanted it to be me out there skating. I said one day I am going to make that team. That's my goal but I have to wait a whole 7 years, boo. :-(

FVRC made their public debut at an ARRG bout back in May, how did that feel?

Major butterflies!!! It felt amazing to be out there skating in front of the crowd cheering for the cubs. I felt so proud of being a roller cub that day. I think we showed them what us kids can do.

And how did it feel to play in the first junior roller derby bout in Scotland?

There will never be a first one again and I was there taking part in it. We made roller derby history that day and I was there, yey! I won't ever forget that day.

What did you learn this year, and what do you think was your biggest achievement?

To be good enough to do a double game with the big girls. My biggest achievement was passing my level 3 skills test which means I can now go out and play another team. I can't wait to play another team, and show how good we are getting.

I love love love roller derby!!! I tell everyone I know about roller derby and how great it is. I didn't want to do dancing like all the other girls my age did so was stuck, now I have something I love doing. I can skate and keep fit and enjoy myself. I made a lot of new friends at derby and we all get on with each other. I will never stop skating, ever.