2014 has seen a variety of challenges and success for the Lothian Derby Dolls.

This year the Dolls have focused on bringing structure into the core of the league through setting up a more intensely focused new skater programme, while also still finding the way they wish to run the league as a whole. The Dolls are still a relatively newly formed league still working out what works best for their league ethos and goals.

While there haven't been many public bouts this year, this hasn't meant that the Dolls have lost any of their skating enthusiasm. 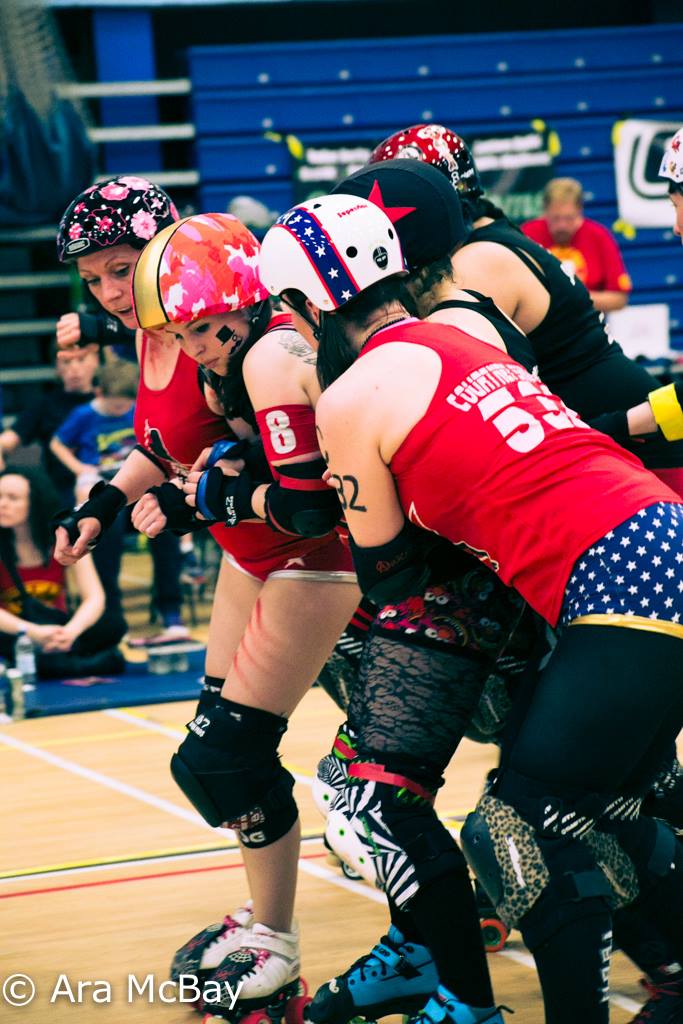 The Dolls made the trip down to Coventry to return a game against           Coventry City Derby Dolls back in June this year.

They also held many other non-skating events this year for fundraising for their Fresh Meat programme, and rounded off the year with their charity double-header to raise funds for Alzheimer's Scotland and Children's Hospice Association Scotland.

The Dolls have also announced, back in November, that they will be officially launching their travel team as the "Doll Stars".

Upon speaking to this year's elected Captain for the Lothian Derby Dolls Courtney Shove we had the following words:

In your opinion, what has been the highlight of the Dolls year for 2014?

2014 has been a tumultuous but exciting year for the dolls. The highlight was the great success of our first structured Fresh Meat programme. Everyone has enjoyed sharing their knowledge and the enthusiasm of the new team members has been a great lift for everyone.

Next year is going to be an important year for the Dolls. We are going to be bouting more: we have a few dates lined up already and more in the pipeline. We have lost a few members this year but [also] have some great skaters returning after being off for a break or from injury.

What type of year would you say the team has had?

In summary, 2014 was a year of great change for the Dolls and I think this is definitely for the best as we are going to emerge as a stronger, more effective, team in 2015. The thing I am most looking forward to for 2015 is our new logo!!! In summary, while the Lothian Derby Dolls may have seemed quiet on the outside, the Dolls have been furiously working on the inside. In 2015, we shall see what emerges from their cocoon!