We caught up with Dundee's Julia "Crown Julez" Wright to get the story of the league's 2014:

Dundee Roller Girls' Silvery Tayzers started the year with their first game against old rivals Granite City Roller Girls Northern Fights in Aberdeen. The Tayzers had never beaten GCRG in their previous games but after an almighty comeback by GCRG in the second half the Tayzers finally came out winners with a 182 – 83 victory.

What followed was a hectic season with the Tayzers playing more games both home and away than ever before.

An away win against Newcastle’s Whippin Hinnies (131 -163), was closely followed by home defeat to Hulls Angels Roller Dames in the most dramatic of overtime jam finishes. Furness Firecrackers were the next team to make the trip to Dundee and were defeated 178 – 157 in a thrilling match-up.

May saw one of the most exciting developments in DRG history, with the launch of our Home Teams Season. Assisted by the Big Lottery Fund, DRG were awarded £2000 to develop the Home Teams brand. Sticking close to Dundee’s Jute, Jam and Journalism history, three teams were created; The Jutes of Hazzard, Jammin’ Dodgers and the Press Gangsters. After a summer season of Home Teams games, the Jutes and Press Gangsters fought it out for the trophy with the Press Gangsters triumphing in the final 163 - 108. 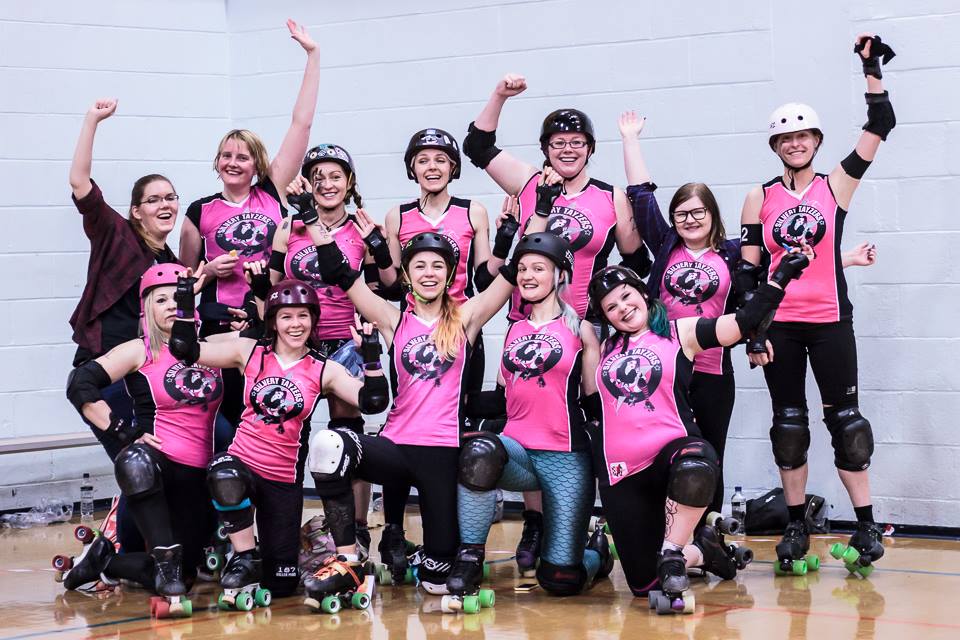 Late summer also saw the first game for DRG’s B team with the Rising Stars defeating Durham Roller Derby by a single point in nail-biting game (172 – 171). The Silvery Tayzers were also in action on this double-header day being defeated by a hard-hitting Roller Derby Leicester team (107 – 228).

A second double header pitted the Rising Stars against Team White and the Tayzers playing Halifax’s Bruising Banditas, with both teams securing victories.

The autumn began with the Tayzers playing two away games to FVRG and their furthest away trip to Swansea. Both games ended in defeat for the Tayzers but they left with a great deal of experience gained.

The Tayzers final game of the season was another against an old rival; Glasgow Roller Derby’s Maiden Grrders, a team the Tayzers had yet to record a win against. After a brilliant match-up between the two teams, the Tayzers managed to pull off a memorable victory defeating the Maidens 181 -143.

November held the final games for the Rising Stars who were trying to maintain their 100% record in their debut season. Two victories against Voodoo Roller Dollies and Bairn City’s Central Belters saw the Rising Stars achieve this record and with it brought the end of a memorable season for DRG.

2014 was a fantastic season for DRG with some tense victories, heart-breaking losses and masses of experience gained. With the development of the British Championships, DRG are looking forward to 2015 with a positive outlook and great expectations.