Glasgow Roller Derby have had quite possibly our busiest year to date, and are already working hard on plans to make 2015 even better if possible!

2014 saw GRD firmly establish our C team, the Cannie Gingers, and fully integrate them into Scottish Roller Derby with 4 amazing bouts spread throughout the year.   Our B Team, the Maiden Grrders, trained hard, culminating in a super win against London’s Batter C Power.  And our super A Team, the Irn Bruisers, took America by storm at Spring Roll, as well as capturing home wins against Middlesborough and Dublin. 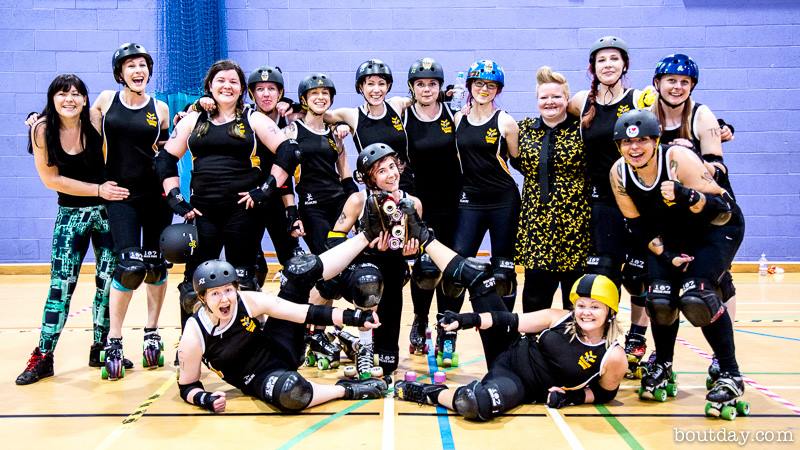 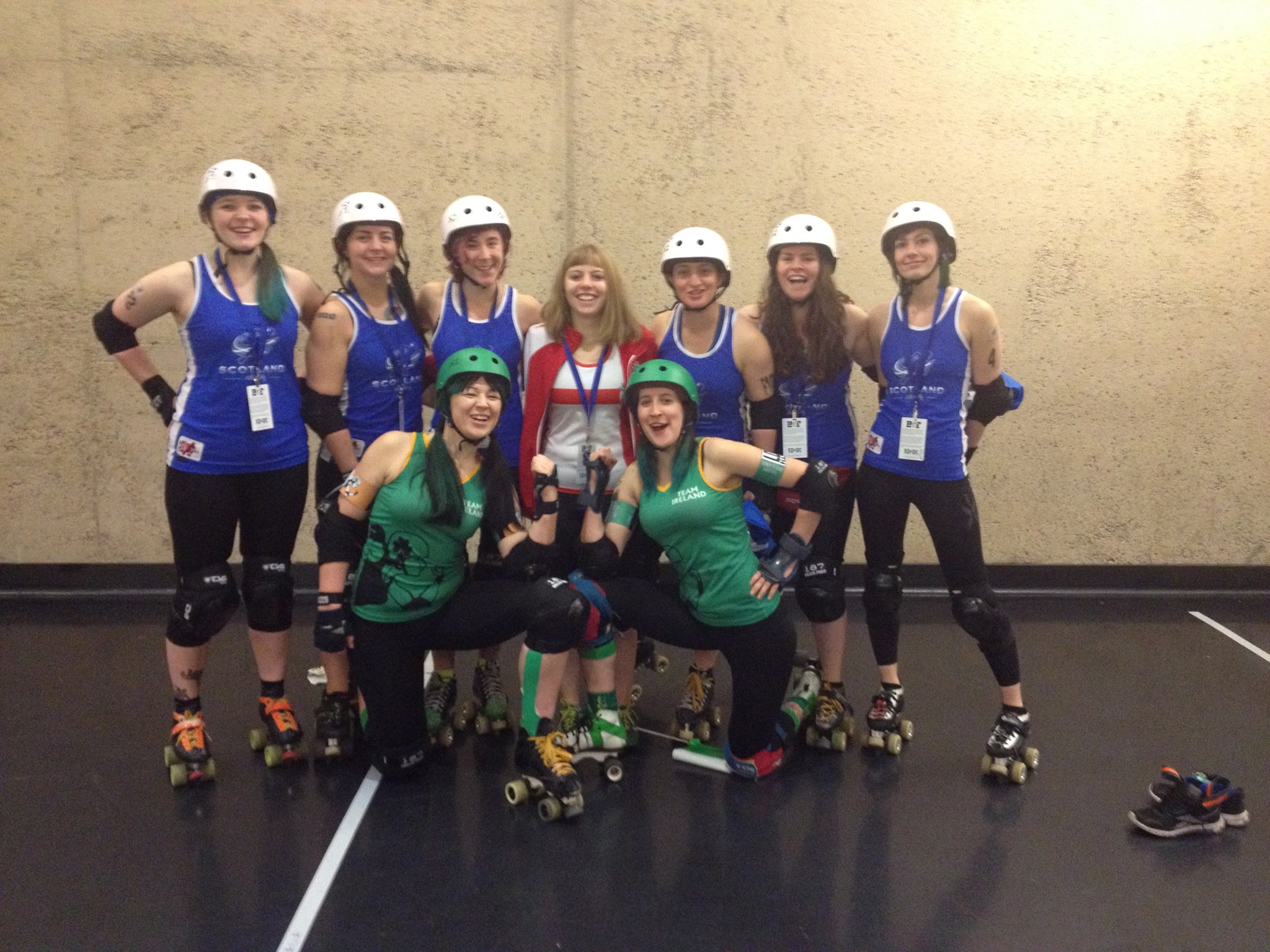 Our fundraising and events teams have been hard at work raising funds and events to allow GRD to do what we do best.  Successes included our awesome GoFundMe t-shirt campaign, with fantastic custom artwork by Gary Erskine.  There was also an American-themed fundraising bout, which saw our mini-bruisers defeat mini-America.  Lots of good fun!  And none of this could be possible without our wonderful PR committee, who spread the good word.

Our skaters have also been hard at work off track, with some amazing league accomplishments.  Mistress Malicious, co-founder of Glasgow Roller Derby and UKRDA, organised the first UK-ROC in October 2014.  This was a huge success, bringing together skaters from across the UK to attend workshops and learn from the most experienced skaters in the world about roller derby infrastructure.  2 of our skaters were also involved in the UKRDA’s development of a fully inclusive Transgender Policy and Guidance, which has been voted in as operational for every member league in the UK.  And our WFTDA reps have been hard at work, with tireless Bruisers captain and WFTDA rep Rogue Runner assisting in strategic development.

What next for GRD?  We plan to train even harder, and play even harder.  Each of our travel teams has their own goals in sight, and as a league we plan to get even stronger.

We will be kicking the year off with a fantastically diverse fundraising bout on Sat 31st Jan at the Arc, showcasing a mixed Glasgow team playing against the highly skilled Vagine Regime UK.  The bout will be followed by a drag party, where everyone is encouraged to leave the confines of socially constructed gender behind and just have a jolly good time exploring gender expression.

Our Bruisers will be competing in Tier 1 of the British Championships, showcasing UK derby at its best.  Our Maiden Grrders will be hosting a B-level Scottish tournament, and our Cannie Gingers will be appearing in the Highland Rampage tournament.  Invites are flooding in for each of our teams to skate, and our games schedule is looking very exciting!  We shall also be announcing new team captains for each team, as well as looking to optimise on our events schedule.

If this sounds like something you want to get in on, then Glasgow Roller Derby are holding a new intake on Sunday, January 11th 2015 – and we would love to see you there! If you are interested in signing up and changing your life, sign up at recruiting@glasgowrollerderby.com. Find out more on our Facebook Event.