A chat with UKRDA about the British Championships

The launch of the British Championships this year, as a natural growth of the increasingly successful Heartlands Series, caused and continues to cause considerable excitement in the community. (2015 seems to be the year for these, with the Scottish Men's Roller Derby Nationals and the German national "German Roller Derby League" also starting up.)
Causing more interest was the announcement that UKRDA would be helping to organise the event. We caught up with The B reF G, UKRDA and BRSF director, and man most involved with tournamentish things in UKRDA, to see what UKRDA and the Championships have planned. 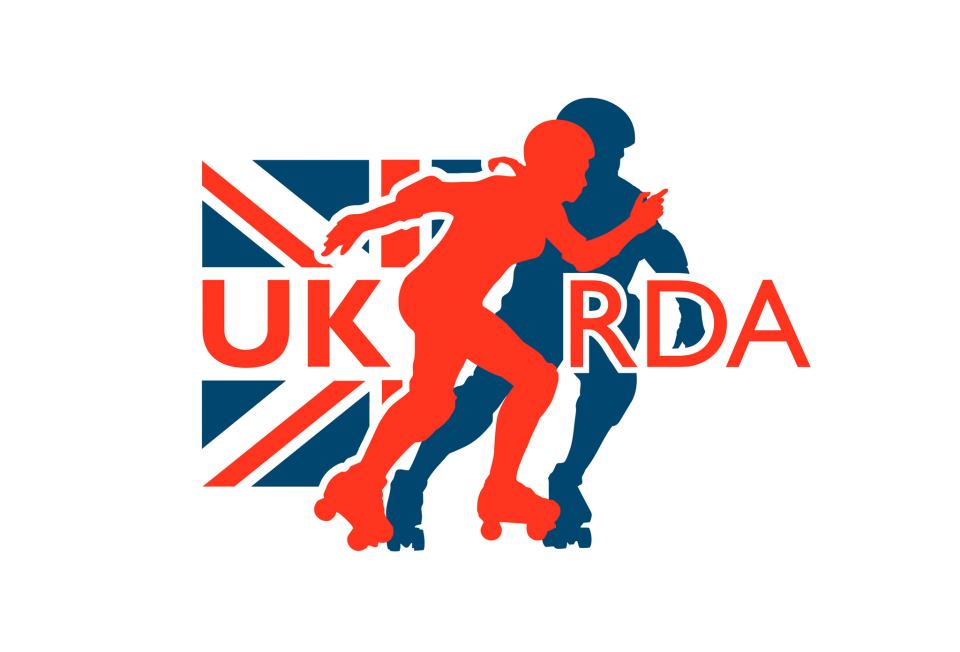 So, coming straight to the point, how are UKRDA providing support to the British Championships. Obviously, a lot of the leagues involved are UKRDA members, but what is the organisation itself doing?

The bulk of the work is being done by the incredible, tireless efforts of the crew who are responsible for setting up the tournament. These are the same people who have built the concept over the last few years, the people behind Heartlands and the previous tournament series from which it grew. While the previous tournament concepts organised by this group have been private local or regional ventures, these people are primarily UKRDA members and have stated that their goal from the outset was create a national tournament series so it made sense to formally consult the UKRDA membership as the NGB for the sport. When they approached UKRDA it was seen by the board that a proactive group of members had developed a tournament concept and were looking for support from the community to make it happen.

UKRDA's involvement was discussed at length on the forum and our reps voted overwhelmingly in favour of being involved with this tournament, with a few modifications to the original proposal, and it has grown from there.

The Directors have been involved mostly in an advisory role; having a guiding hand in the appointment process for key tournament staff, seeking guidance from national sporting bodies where appropriate or offering advice on how the logistics and operational delivery could be realised. We have also been negotiating with the Men's teams from around the UK to bring them under the same organisational umbrella as the Women's tournament as we see this as a fantastic opportunity to unite the whole UK derby community, regardless of UKRDA membership status. It is only through a united effort that we can truly drive our sport forward and build on the grass roots efforts gone to date

I assume that one of the ways that UKRDA has helped is by providing assistance in ranking the teams involved, for assignment to the initial divisions?

The Q3 ranking publication was used for UKRDA teams in the tournament and the wider rankings have been taken from Flat Track Stats. This made sense as this is where the UKRDA rankings are calculated so any differential between a member and non-member team would be fairly representative. As it worked out all of the top ranked teams eligible to play in the British Champs are from UKRDA Member Leagues so the idea of making the top tiers UKRDA only fit well with the plan to have UKRDA sanctioning the upper levels of game play.

So UKRDA is Sanctioning the top tiers as well as providing assistance?

Yes, as the top two tiers are entirely made up of UKRDA teams all games in these tiers will be UKRDA sanctioned and will count for UKRDA rankings.
One area that we are looking to have a strong hand in coordinating is the provision of Officials for the tournament. There is still an expectation that the teams playing at any given event will be supplying their own officials, indeed it would be extremely difficult to run such a series any other way, however the UKRDA Officials Committee are looking to develop a supportive community for all UK derby officials that we hope will grow to become something that not only supports active UK derby officials regardless of league affiliation, but also that will be part of ensuring that all games are adequately staffed and that officials with suitable experience and ability are available where needed.

As this is the first time a UK tournament of this type as taken place, there may be teething problems as we go along. However, we are confident that any potential issues can be resolved through proper skater representation and fair, flexible management. This structure is one that will greatly benefit the UK roller derby community, from the grass roots to the top tiers of the game in our country.

Are you concerned or offering any advice over managing the potentially increased scheduling complexity the Champs may introduce? I understand that leagues are forbidden from holding bouts on the same day as a Champs fixture in their group, which (assuming double headers) removes about 5 or 10 slots from their schedule, depending on if you do Home/Away return matchups (plus additional blocking for the Tier playoffs). For many leagues who bout once a month, that is half of their potential bouts devoted to their Division. I can imagine that UKRDA's logistical support would be advantageous in managing this organisation?

So the scheduling has, and indeed is being managed by one of the BC crew (who has my utmost respect for this task, if they ever got the time to try I'm sure they would be a sudoku grand master!) in collaboration with the teams from each division. The idea behind it is that each team in a division of six will host one double header that will feature four teams from that division, with a season end triple header to be hosted by one of the teams, or elsewhere. There isn't a home/away return fixture for teams so there will be five games per team per division per season, plus any play-off games.
Teams are asked not to host any games on the same day as BC fixtures as a way of addressing the 'super-saturation' of games that has been commented upon frequently in derby media. If we're building a national tournament then we want to ensure we have the best possible audience for these games, so it makes sense that any teams involved avoid hosting events that would potentially draw spectators away from the championship games. As the divisions are for the most part geographic groupings of similarly ranked teams, it is in those teams best interests to avoid clashes and maximise the viewer figures for championship games in their area. Plus it gives any teams not competing on a given weekend the chance to go study the form of their future opponents!
It is a colossal headache trying to fit all of the games in without regional clashes, especially as we move to include the Men's Champs in this structure as that introduces three extra divisions that must be factored into the logistic planning. There are always going to be difficulties with this but I can attest that a lot of thought and planning has gone into developing a schedule that provides the best coverage with a minimum of difficulty for the teams.
This impacts on provision of Officials, Announcers and other support crew too, as too many games in one area would mean we have to import Refs & NSOs from other areas, which then has a knock on effect further down the chain. Something high on the wider agenda is avoiding burnout for Officials and that has been factored into the scheduling to try to minimise clashes with other key tournaments happening through 2015. This is something we are hoping to get more volunteers from the UKRDA membership to support as it is only going to become more complex as the tournament grows.
Saying that teams that bout once a month are committing half of their gaming season to the tournament is fair, however this is in return for the reduced overhead to each of finding suitable opponents (which includes gauging their level of ability against that of your own team which can be subjective at times), attempting to coordinate their own schedules with those of other teams, setting up the game contract, sourcing officials, etc. The hope is that this will present the community with an opportunity to work together and make every team's Bout Liaison role considerably less of a full time job. There is going to be derby all through 2015, whether BC happens or not. While the schedule drawn up may not be 100% to the preference of every team when compared with running their own schedule, having a single schedule for the whole nation will help avoid major clashes and allow us to develop some 'joined-up thinking' in shared marketing strategy and potential sponsorship plans that will be to everyone's benefit.

Finally, what are your hopes for the development of the British Championships on British Derby as a whole?

As with everything UKRDA do, we want to see the UK community come together to fulfil the massive potential this sport has and we see BC as a hugely positive thing for our community.
We would hope that in the future the UKRDA would be able to assist even more with the organisation and structure of the tournament. The current British Champs organisers are excited by this prospect, but it would require more time and volunteers from people belonging to UKRDA member leagues.
The first bouts of the British Championships are happening today at Tattoo Freeze, with the Men's thread of the championship being kicked off with Crash Test Brummies vs New Wheeled Order and The Quads of War: Milton Keynes Roller Derby vs The Inhuman League.