THIS Saturday will see the Jocks and the Geordies have a 'Dandy' time on skates as Glasgow's Mean City Roller Derby welcome the Inglorious B*Stars from Newcastle.

The mighty Mean machine is preparing a traditional Scottish welcome for the rising stars from Tyne & Fear Roller Derby.

The Geordie warriors will be swapping the foggy Tyne for the cool waters of Clyde in what is certain to be a close encounter of the thrilled kind.

Old-school fans of ‘The Dandy’ will remember the Jocks and the Geordies - but this is no Beano for the boys north and south of the border. 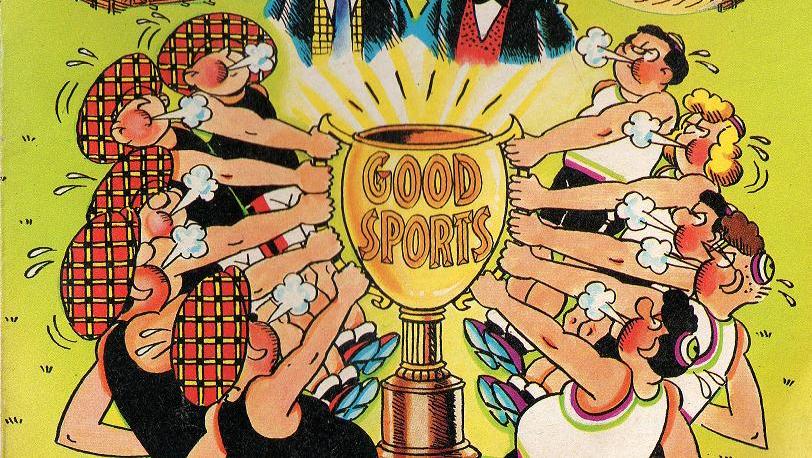 This ain’t for the faint-hearted - Mean City will sell you the whole seat, but you aren’t going to need it.

Newcastle was once home to the Likely Lads - but the guys from both teams are only likely to do one thing this Saturday - deliver a sporting contest like no other.

The match takes place on Saturday, February 7 – doors open at 3.45pm. Tickets cost £5 with free admission for under-14s with a paying adult.

Roller derby is one of the fastest growing sports in the world – combining athleticism, agility, endurance and stamina … all on skates.

Each team fields five players at a time, one scorer (called a jammer) and four blockers. Points are notched up when the jammer laps the opposing players.

Alan Muir, Chairman of Mean City Roller Derby (MCRD), said: “We ‘canny’ wait to welcome our friends in the north to Glasgow. It's going to be a sensational game between the two sides, with the Inglorious B*Stars in terrific form recently.

"Mean City is the West of Scotland’s first and only roller derby league for men and women, and has been going from strength to strength since it was formed in 2012.

"We’re genuinely thrilled to be welcoming Tyne and Fear to Glasgow and hope sports fans will turn out in force to cheer on both teams.

“It’s going to be a great showcase of all that roller derby has to offer – an action-packed afternoon of skating, scoring, skills, thrills and spills for all the family.”

Mean City Roller Derby has been developing as a league since its formation in 2012. It was initially aimed at men, but the decision was taken in 2014 to open the league to all.

Mean City train regularly in the Glasgow area and new members are always welcome to give the sport a go in a supportive environment. Equipment can be provided – just get in touch in advance.

Visit www.facebook.com/MeanCityRollerDerby to buy tickets for the event and to find out more about joining the revolution.