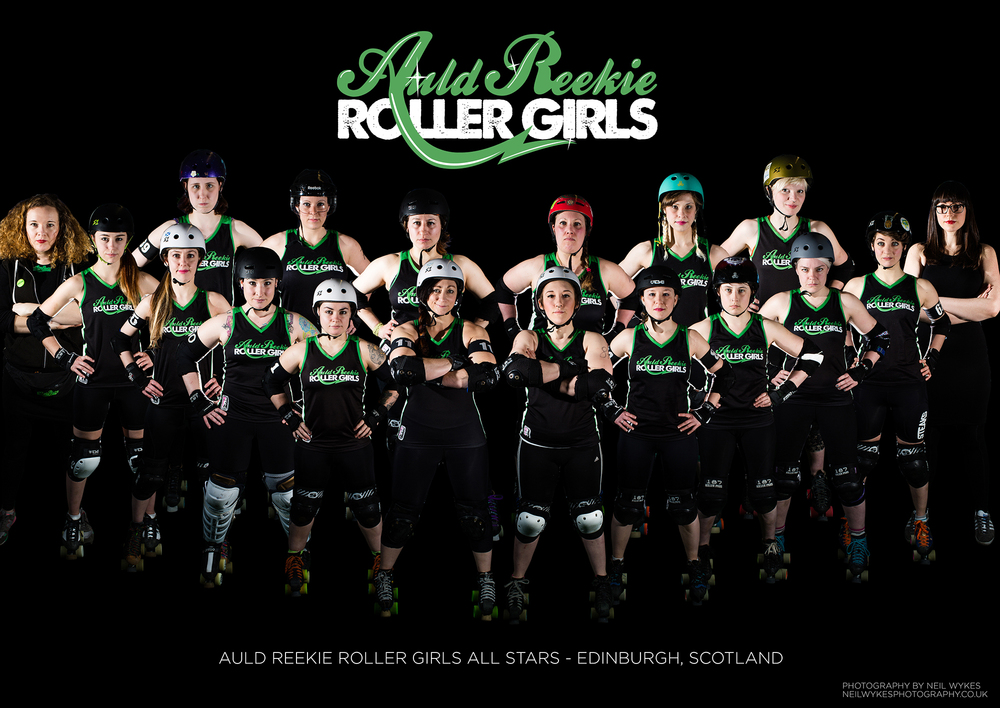 ARRG’s All Stars will jet to America to take on some of the most talented roller derby teams on the planet later this month. Edinburgh’s top-rated team has secured a coveted place in the three-day Big O tournament in Oregon on the west coast. This will be a whole weekend of roller derby played at the very highest skill level. Nearly 40 teams will compete, including Team USA and six of the top 10 women’s teams in the world. Despite an unbeaten record in 2016, the team are under no illusions as to the sizable challenge that awaits them in Oregon.

All Stars co-captain Crazylegs said the team were travelling across the Atlantic for the challenge of playing higher ranked teams and to improve their WFTDA ranking position: it wasn't possible for the All Stars to secure any games against the D1 teams in Europe this season. She said: “Competing in The Big O is huge for ARRG. It's one of the best tournaments out there, and it’s a massive opportunity for us, not only to play some of the best derby around but to improve our international ranking. “It’s also a fantastic challenge as we are set to play four teams who are ranked as high as 20 places above us. “Over three days we’ll be playing really experienced, well-practiced teams of a level we've probably not come against in recent times. “We will face teams like original WFTDA member league Windy City (Chicago) who have been playing at the highest tournament levels since before our team existed! “We hope that if we perform well enough we'll make it to WFTDA Play Offs this year - it was hard missing out by one point last season! “To get that experience would be really good for our skaters, who also coach the rest of the league, so as always, we'll be passing along everything we learn."

This year will be the second time ARRG has travelled to the Big O. Crazylegs said the sport court skating surface had been difficult to get used to last time, so the whole team has attended special training sessions in Oldham earlier this year to prepare for the difference.

She said: “The sport court flooring does offer unique challenges, it can be unpredictable if you're not used to it - you can slide out with no warning.

“This year we've had a couple of 10 hour round bus trips to Oldham specifically to train on the Rainy City sport court track - we're really grateful for their support in letting us use their venue.”

The biggest challenge though will be for the team to hold their focus against the top tier teams, Crazylegs added.

"It will be a huge test to hold our focus against these tough teams when things maybe don't go our way and to keep calm and together,” she said.

“We’ve trained incredibly hard, developed some new approaches to our game, aiming to play smarter and consolidating key tactics. We are ready for the challenge.

“Whatever happens, we're stoked to be there and we will bring the full might of Auld Reekie to the US in every game we play. We’ll get the outcomes we want from this tournament."

If you want to support your local team and help Auld Reekie get to America, you can chuck us a couple of quid at the following link: http://arrg.co.uk/sponsors/donate/

Are you a derby skater or official who wants to play in America yourself some day? Some of Auld Reekie’s finest skaters will be coaching at the ‘School of ARRG Knocks 5’ and SOAK5Val roller derby bootcamp at Meadowbank in Edinburgh on Saturday and Sunday May 14 and 15, where ARRG coaches will teach you everything they learned at the Big O.

Those interested in following Auld Reekie's progression in The Big O can do so via our handy timezone adjusted schedule: scottishrollerderbyblog.com/2016/03/16/the-big-o-2016-schedule-timezones