(Tryouts for skaters in the current Team Wales Roller Derby are this Sunday!) 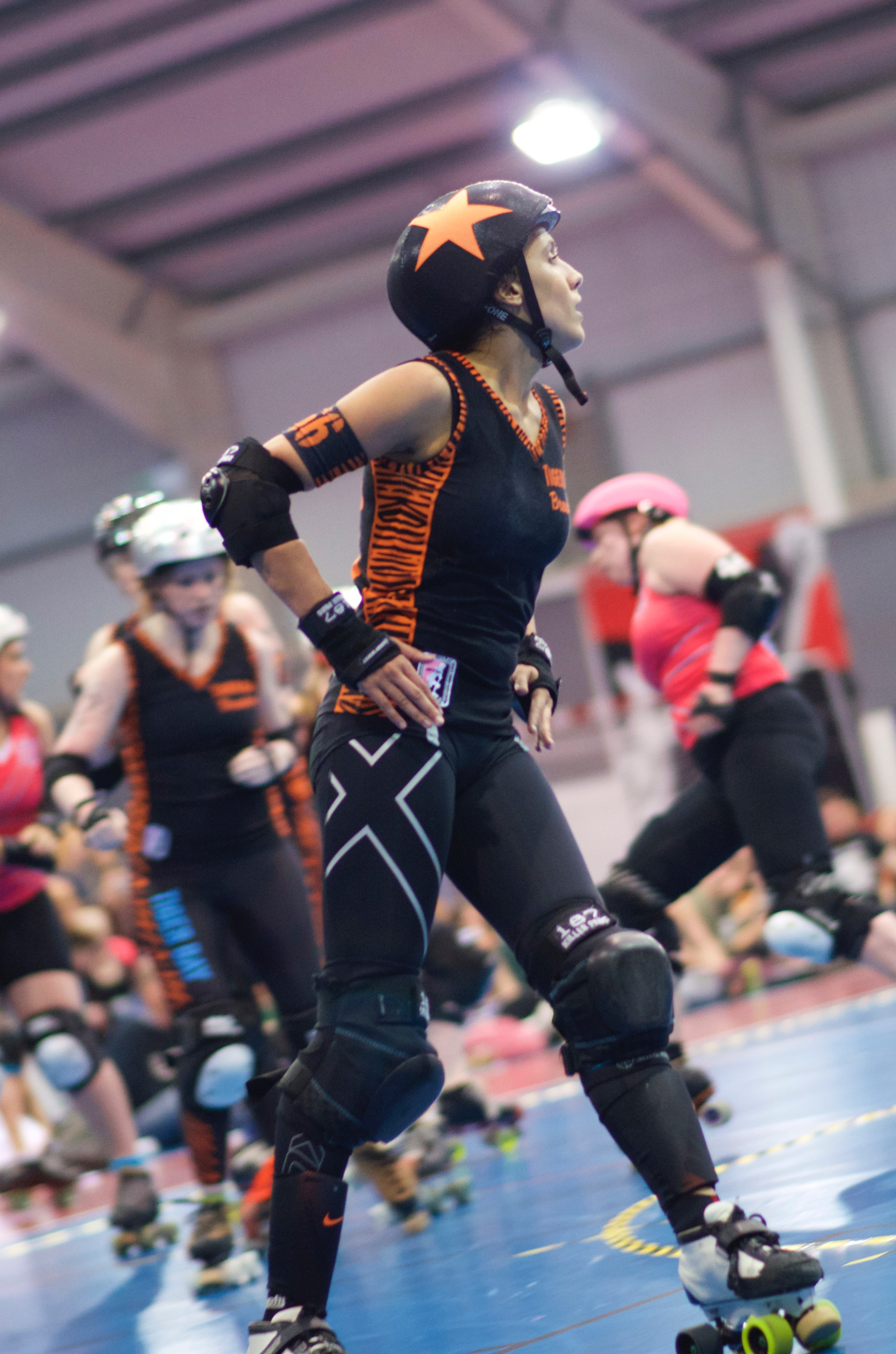 Chant-Hell started out in the Cardiff Roller Collective in 2011, before moving to coach and skate for Tiger Bay Brawlers in 2012, where she remains. She is also owner of the Skate Alley skate store. Pregnancy ruled out Chant Hell from trying out for positions in the 2014 Team Wales, but this time around she is both Assistant Coach, and also planning to try out for the team itself.

What led you to apply to coach Team Wales?

I wanted a new challenge, I think getting to know and then coach a group of skaters that I don't really know in a high pressure and competitive environment will be both fun and challenging. Obviously representing my country in a sport I love is a pretty huge bonus too!

Last time around you had to sit out tryouts. What was it like to experience Team Wales from the sort-of-outside, as a Welsh skater? (And, as Assistant Coaches are eligible to try out, are you planning to tryout yourself this time around?)

Last time around I was heavily pregnant over the Team Wales try out period so if I'm honest as I didn't skate during my pregnancy I spent a lot of time pretending Roller Derby didn't exist. I did volunteer at the first stage of try outs in Cardiff but other than that I experienced Team Wales from a complete outsider perspective and was really impressed by their performance and the progression of each individuals skater.

Yes I'm planning on trying out this time around, its super exciting!

One of the duties of the Assistant Coaching position is to sit on the selection panel for try outs. What will you be looking for in skaters trying out for Team Wales (and what advice would you give prospective applicants)?

As I'm trying out myself I have no involvement in the try outs or selection process at all, I think this makes it more exciting as I have no idea who or how many people have put themselves forward. The advice I'm giving myself is to let go of any nerves, have fun and be badass 😊

The other main duty of an Assistant Coach is to, well, assist with coaching! From your experience coaching Tiger Bay Brawlers, what aspects of training are you planning to focus on for the National Team?

Coaching and being part of Tiger Bay has taught me so much, I think focussing on team work is going to be really important as we are essentially a mixed Roller Derby team made up of skaters who have potentially never even met each other! I would think that skaters on a National squad would already have a high level of skating skills so I think strategy & team work are going to be a main focus.

Last time around, Team Wales hosted the Road To Dallas event as an intermediate tournament before the World Cup. There's a training and coaching advantage to playing a number of bouts before the Cup itself - are you planning any similar things this time around?

As far as I'm aware we do intend to host another Road to Dallas style tournament, like you said there are huge advantages of playing bouts/tournaments before the Cup and it's a great way for all of our skaters to gain tournament experience even if  they don't play in the World Cup itself. Tournaments are tough so I think we should take as many opportunities as we can to prepare.

We don't know much about Blood & Thunders plans for the 2017 World Cup yet: if you could have the tournament anywhere, where would you pick? Last time around, Wales played an eclectic mix of teams from across the world. What teams would you most like to see Team Wales play in 2017?

Europe!!! I would love for us to play Norway and Team West Indies (again!).