Our round up of the MRDWC teams continues with Team Finland! Here they tell us all about how they have prepared for Calgary and their thoughts going in. 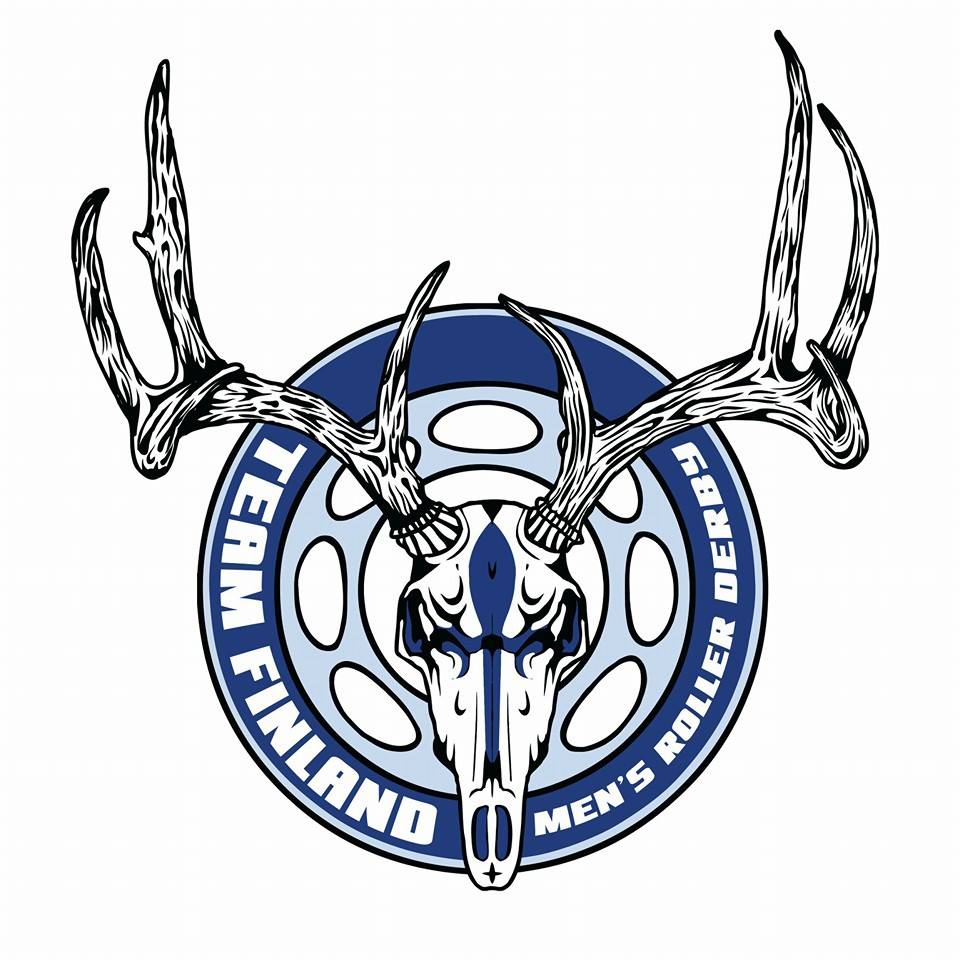 -How did your selection process for this year's World Cup differ from the 2014 selection? Did you find there were different factors you were looking for in skaters?

Dominå F. Äkt: Since we didn’t have that much men’s roller derby activity in Finland, the first 2014 try outs were more of a minimum skills test assessing if we even had enough skaters to form a team. At the first try outs session, there was max 12 skaters and only one player that knew how to plough stop. We had to have multiple try out sessions for new skaters that had joined Tampere Rollin’ Bros (first men’s league in Finland, established 2013) after the first try outs, and by the World Cup in March 2014 we had a solid charter of almost 20 skaters and we did really well placing as number 9 in the world.

All in all the level of individuals and teams has gone forward, but the numbers of participants haven’t gone up much, and while we now have new and dedicated players, many skaters from 2014 have stopped playing.

This time we encouraged everyone eligible to sign up and accepted all applicants in the training squad. The first training consisted of physical (off skates), skating skills and gameplay evaluations. The idea being to assess where were individuals at and what we needed to work on as a group. We started with about 25-30 applicants, some of them joining a few months into training. The levels ranged between non completed minimum skills to advanced players. Men’s Roller Derby in Finland is still very much in its beginning with only two teams, and only one, Tampere Rollin’ Bros, has played games so far. In February we selected our 20 players squad, and two of the main things we looked for and that made the difference between people were availability to attend upcoming trainings and motivation.

-At the last MRDWC you came a solid 9th which placed you the 5th highest European country which is definitely something to be proud of! What did you learn from the 2014 world cup?

As were said before we didn’t really have to qualify and drop people but the selection process was more like “do we even have 20 people that can afford to travel?”. Almost everyone had at least some kind of background in ice hockey so we knew how to skate but playing derby was a whole different thing. I went to the MRDWC really unsure since I had only played one small tournament against men’s teams before in Malmö, Sweden.

I learned from my first MRDWC experience that a lot had to be done but we were on a good starting platform.

-Compared to the last MRDWC you have a lot further to travel than before. How has the team been fundraising for the trip to Canada? Any unusual ways you have used to gain support?

Miika: I’m also a photographer so I made a seminude calendar for our fundraiser which turned out really great. All 200 calendars sold out but you can still order postcards from those photos from our GoFundMe account that we are using to sell merch and get more funds to travel to Calgary.

-How are you finding your team training in the run up to the World Cup? With only a few months left how is that affecting your training schedule?

We have been training every month or month and half since March 2015, and the only thing different in 2016 is that all of our practices are full weekends, where before we alternated full weekends with single days. We’re now focusing mainly on building cohesion and teamwork in our line-ups and pairs, as well as fine tuning a few things. We’ve been scrimmaging regularly against Kallio Rolling Rainbow and Helsinki Roller Derby, they’ve been really supportive and we’re honoured to train against such strong opponents.

-You have a pretty mixed group this year with the number one seed from 2014 (USA) being in the mix as well as the last placed seed (Japan). Is there anyone you are really excited to play against in your group?

I think it’s safe to say we’re keen to take on Ireland again! We won against them in 2014 but lost last summer by a few points in a rematch, so we’re really excited to face them again, they’re a great bunch. We’re also looking forward to play USA, we’re thrilled at the chance to go against the best in the world. We’re really happy with our group and looking forward to play all of those teams, we’re sure they’ll all bring interesting challenges and we’re ready to take on them!

-Do you have any specific aims for Calgary that you are willing to share with us? (We're okay if there is any closely guarded secrets you don't want to give up yet!)

We want to show that Finland is up and coming! Despite lacking the means in term of weekly trainings or game opportunities, our players are skilled and work hard, they’re smart and have been building a real team in this past year. I’m extremely proud of how long they’ve come as individuals and as team, their constant progress keeps humbling me and they’re a joy to coach and work with. We’re gonna bring our best game and make the best out of this experience, and we’re sure we’ll learn a lot about ourselves as well. We’re hoping the tournament will boost motivation and interest to help men’s roller derby develop in Finland. We’re really stoked about this event and can’t wait to meet new and old friends! 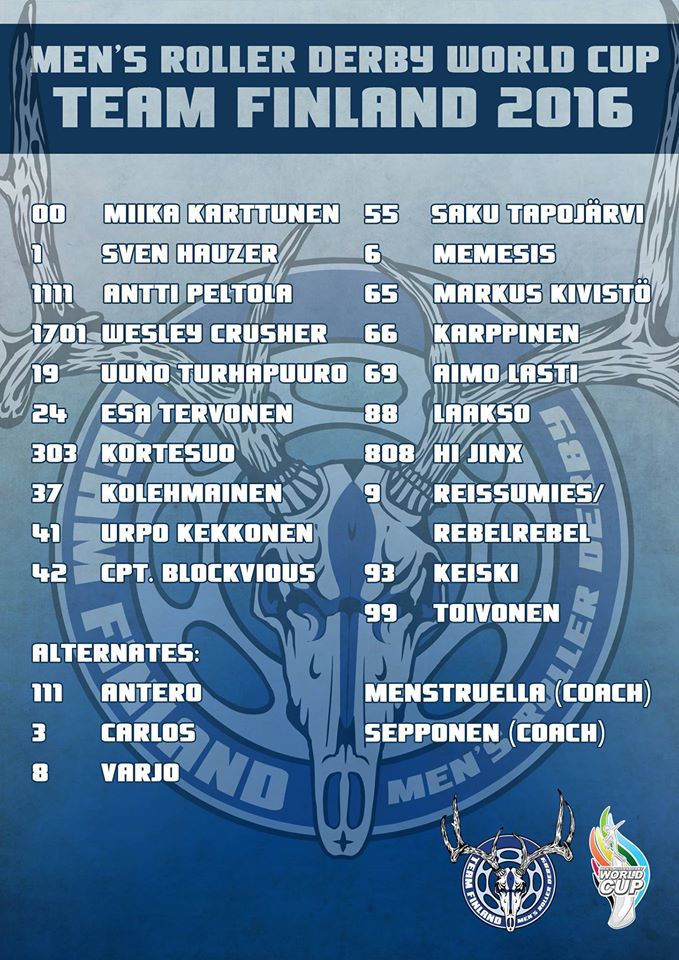 Team Finland's first fixture will be against Ireland at 13:00 local time. For the full MRDWC schedule visit: http://mrdwc.com/schedule-2016/