Every year on the blog, we have a conversation which starts with the statement "well, I guess there's not going to be any more new leagues next year...". We're pretty much always wrong.

2016 has been a "good year" for new leagues, with at least 3 we're aware of in Scotland, but the most meteoric of them has been Glasgow Men's Roller Derby (or GMRD, or, well, it stands for a lot of things, it turns out...) who have gone from a rumour to their first (closed) bout in only a few months and are holding their first bootcamp event (about which more later in the article) in only a month's time.

We caught up with Gigantic Microbe Rodeo Directors chair, Hugs (#04), to find out more about the league's year-to-date (this also sort-of counts as our first end of year review for 2016!). 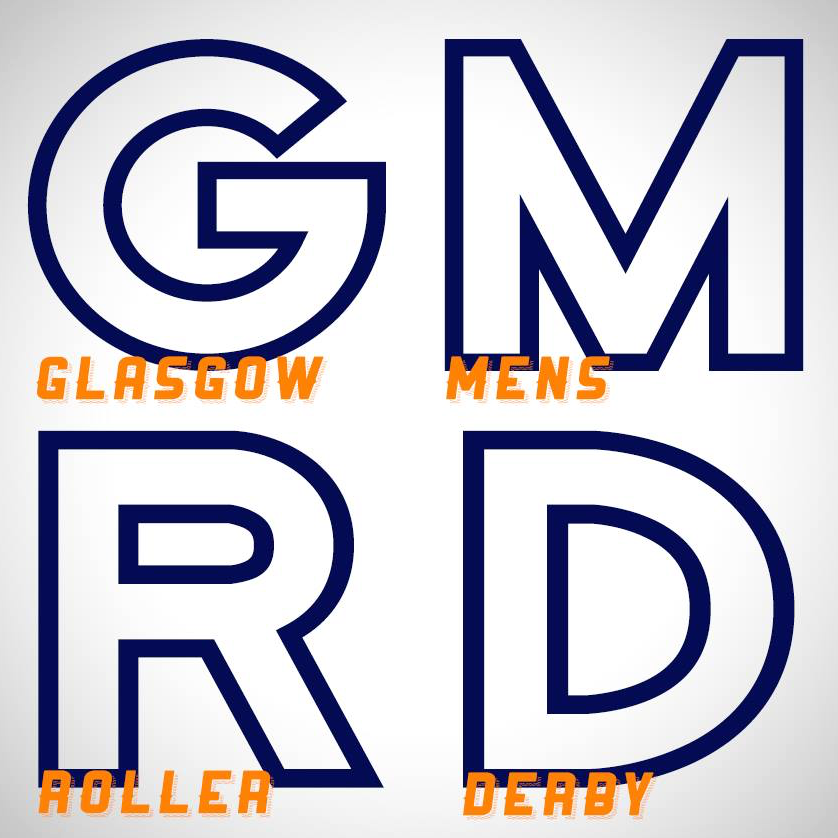 Beginnings are a difficult thing: let's start with those. How did Genitive Myelinated  Reinclined Dandies start?

JR: Gratuitous Mangy Radical Dingos kind of came about through necessity. It's a bit of a long story but it boils down to the fact that, at the end of the day, none of us are getting paid to do this hobby; so if things aren't working for you with your current situation then you have to change it, otherwise your hobby becomes a chore and then what's the point? We wanted to play as competitively as we possibly could, so decided to go the way we thought was best and everything just fell into place. For myself, personally, it honestly feels like one of the best decisions I've made in a long time. We have a group of people who all have the same goals when it comes to this sport, the same dedication and urge to get better, not just personally but for the team.

Only months after formation, Glistening Manward Right-wing Dandies are entering British Champs, solidly in the middle of Men's Tier 3 North. It's ambitious to go straight into such a committed tournament schedule... what led to this decision?

JR: So... we joined Champs to give our training a complete focus. To give us all the motivation and discipline to give it 110% at every training session we have. Our goal is to play the game we practice week in, week out. Winning would be a bonus, but as long as we can leave every match and say "we did what we wanted to do" then we'll be mad-happy.

The next Gaseous Metaphorical Roving Devils event is your festive end-of-year Scrims - the Pure Huge Chrimbo Scrimbo [event]. Tell us a bit about it?

JR: So, it was our last available training session of the year, and we were able to extend the times so we figured: why not do something fun. We're a new league but established skaters and we want to be as open to everyone in Scottish Roller Derby (and beyond) so thought we'd throw something fun just before christmas and get everyone involved. The first part will be a scrim against Grannie's Mangled Red Dog, and the second part a black vs white Chrimbo Scrimbo, where we're gunna throw in some whacky rules and game changes like backwards jams, clockwise jams, double jammers etc.! We have unlimited spaces; we have plenty of hall time so even if the teams are huge everyone will get track time

And that bootcamp we mentioned - Green Miscegenist Robot Deuterists are hosting the Scottish leg of Scald Eagle and Lady Trample's "WinTOURope" bootcamp series (as they sweep across Europe) [scheduled for 7 and 8th Jan 2017]. This is, to put it mildly, a bit of a coup. Whilst we know things are still being finalised, what's can you tell us about it now?

JR: Oh boy did we absolutely luck out on this. I'll start by giving a HUGE MASSIVE shout out to Heisen Bird of Southern Co-ed Roller Derby who is absolutely the mastermind behind this and got the ball rolling for Grateful Men, Ramp and Derby to host it up in Scotland. All of the details are still getting to me thick and fast, so I don't want to say too much in case some things change. We're working out some pricing things and want to have everything locked down so we know what we'll be selling to people but it goes without saying that it's going to be amazing. There will be a Derby Bootcamp with Scald Eagle at the helm and then a few different ramp skating classes with Lady Trample, for beginners (so if you've never done it before then there isn't a better reason to give it a shot than this!) and Intermediate (which I gather has a minimum requirement of being able to drop into a ramp and stall). The Scottish Leg of WinTOURope can be found here: https://www.facebook.com/events/1717432861812471/