Fair City Return to the Track

It's been more than 4 years since Fair City Rollers' first incarnation sadly retired from public bouting. At the time, however, the league made it clear that this was intended to be a temporary hiatus, a pause to take stock, recruit more skaters, and reorganise. 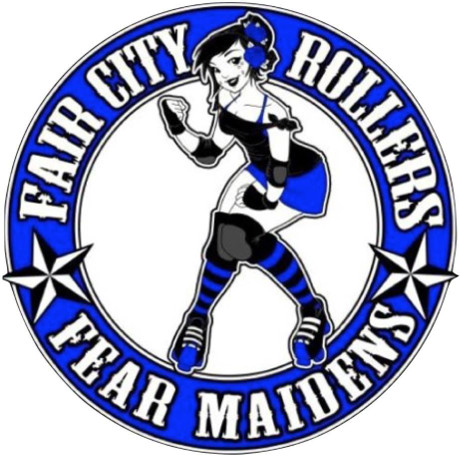 At the time, we suspect that the plan was that this would take less time than it has - there are no members from the old Fair City Rollers present in the current version of the league - but their vision has finally come to pass, as the Perth-based league has announced the details of their first bout since September 2012.

On the 16th of April, Fair City Rollers' Fear Maidens will be hosting Elgin's Helgin Roller Derby in the visitors' first ever bout, titled "Pack From the Dead". The venue will be FCR's old stomping ground, Bell's Sports Centre, famous for having the shiniest floor of all the venues in Scotland!

FCR told us: "We are absolutely thrilled to be back in what is essentially a rebirth / resurrection for the Fear Maidens,  hence the bout name ;)

We have worked long and hard to get to where we are today and are excited to show our sport to the people of Perth again in Perth's first Bout in almost 5 years! We are also looking forward to it being the first bout for our sisters from up north, Helgin!"

Stand by for more information - including event pages - as it becomes available. [The event is already listed in Flat Track Stats]