Just as we did for Nantes' West Track Story last weekend, we thought it was only proper to do a quick rundown of the teams at 2x4 Roller Derby's WFTDA Recognised Tournament: Violentango 5.

As many of these teams are pretty new to WFTDA, they have no WFTDA Rank - most of them are playing a large number of WFTDA Strength Factor Challenges [a special kind of pseudo-Sanctioned bout which counts only towards the "new" teams' rating with WFTDA] in order to fix this. Buenos Aires Roller Derby is not a WFTDA member at all, and so does not have a WFTDA Rank. The advantage of Strength Factor Challenges is that they do not reduce the ranking of the "experienced" team - so all of 2x4's games at Violentango 5 are SFCs.

A full schedule, with time-zone adjustments and links to streams when available, is hosted on our site here: https://aoanla.pythonanywhere.com/violentango5.html (a smaller article on the tournament is HERE. ) 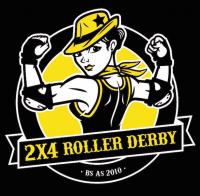 2x4 are the first WFTDA member league in Argentina. Founded in Buenos Aires, Argentina in 2010, they joined WFTDA fully at the start of 2016, at the beginning of the current trend.

2x4 has organised Violentango tournaments for the last 5 years, although this is the first WFTDA Recognised Tournament version. (We've written a little about the history HERE.)

As well as their A Team, Team OSOM, 2x4 also maintains a B Team (Las Pibas) and a C Team. After Violentango, Team OSOM are preparing for attending someone else's tournament, as they feature at The Big O, in Eugene, Oregon. 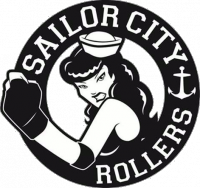 The second team at Violentango based in Buenos Aires, Sailor City Rollers were founded in 2011, and (as is a theme) joined WFTDA fully in 2016.

Sailor City also have A, B and C teams, all of whom are active around Argentina and beyond. Most recently, Sailor City played 2x4 only a month ago, losing by around 70 points - they will be wanting to show that this was a fluke, given much closer games in the past (and a win at Violentango 4!).

Sailor City Rollers will also be at the WFTDA World Summit hosted by Rainy City Roller Derby on the 21st to 23rd April, as a "Scholarship league" selected to attend. 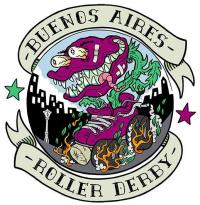 Buenos Aires Roller Derby, or B.A.R.D., is the third Buenos Aires based league at Buenos Aires. B.A.R.D. has a rather complex history, re-formed as the merger of the Cougar Rollers and Black Mambas in 2015; it could also be said to date back to the formation of the original teams in 2010!

B.A.R.D. have A, B and C teams, all of whom are active participants in the Latin American (especially Argentine) derby community. Of the teams at Violentango, B.A.R.D played Sailor City and Bx3 at the Third Latin American Tournament, losing to both. 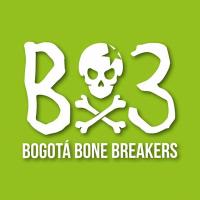 The first of two teams from Colombia, Bogotá Bone Breakers were founded in 2009, but only became full WFTDA members in 2016.

Bx3 participate in the yearly Bogotá district tournament, which is also ongoing at the moment, along with the large number of other leagues in Bogotá. (Hosting of fixtures is shared amongst all participants.) Bx3's B team, the Baby Breakers, also play in the Distrital, as well as playing the lower rated teams in Colombia. At the Third Latin American Tournament, BX3 played Metropolitan (a loss by 1 pt), and took convincing wins against Ladies of Helltown and B.A.R.D.. They took a significant 670+ pt win over R'nRQueens B ("Queens") in the Distrital... 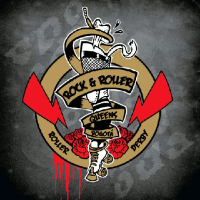 The second of the Bogotá, Colombia teams, Rock'n Roller Queens date from 2009, and are one of the earliest WFTDA members in this tournament, having been full members since 2013. (In fact, they are the first WFTDA member in Latin America.)

R'n R Queens have been very active in the development of Roller Derby in Colombia, having essentially gotten all of the "firsts" - the first bootcamp in 2011, the first tournament in 2012, and the first World Cup Qualifier in 2013. They are now active members of the Bogotá based "Distrital Torneo", as are Bogotá Bonebreakers above, along with their B-team (known simply as "Queens"), and brother-league, "Kings".

Santiago, Chile's Metropolitan Roller Derby are the only Chilean team at Violentango. In common with several teams here, they only became WFTDA members in 2016.

Metropolitan attend a large number of the tournaments organised in Latin America, as do their B-Team, the Bayonetas. (Most recently, the Bayonetas could be found at the Quad Wars tournament, competing with teams across the continent.) In the last year, Metropolitan have played BX3 (winning by 1 point!), and Sailor City (winning by more) at the Third Latin American Tournament. 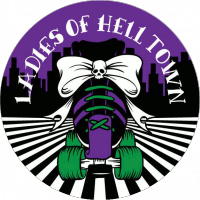 From São Paulo, Brasil, Ladies of Hell Town were founded back in 2009, but only joined WFTDA fully near the end of 2016.

As the first league to be founded in Brasil, the Ladies of Helltown have driven the development of  roller derby in the country. (Back in 2011, they arranged for Bonnie D Stroir to hold a bootcamp in São Paulo, and it has grown since then...) They have recently won the 2016 Brasilian Championship, and acquired their own permanent venue for 2017. 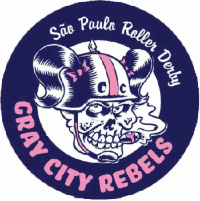 Also from São Paulo, Brasil, Gray City Rebels were founded in 2010, joining WFTDA fully only near the end of 2016. (The league like to note that, whilst they were the second league in São Paulo, after the Ladies of Helltown, they managed to be first to join WFTDA, if only by a few months.)

Gray City's travel team, The Humming, compete widely in the tournaments across Latin America. (Most recently, The Humming competed against Rio de Janeiro' Sugar Loathe - with a 206-64 victory, and "the rest of the World", a challenge team.)