We're All Going on a Summer Brawliday 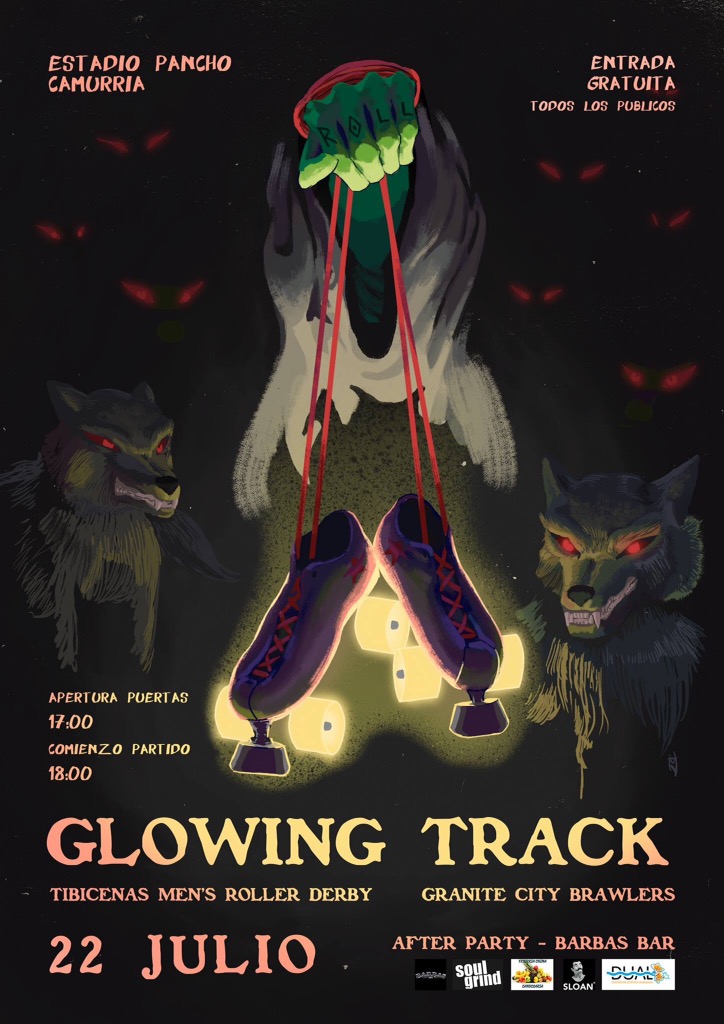 I had the opportunity to check  in with captains Pudz and Momo to ask about how the team are preparing for their next game.

TMRD have previously played Madrid MadRiders but despite some serious snooping, I can't find any teams to link GCB to TMRD. Since this makes it super hard to make any predictions about the game, there is additional excitement. [SRDRank gives the Brawlers the advantage over their hosts, but with low certainty - Ed.]

You played Oldham earlier this year and were victorious, how are you feeling about taking on Tibicenas Men's Roller Derby? Have you seen them play before or met any of the players during your World Cup experiences?

Nervous but excited at the same time. We've scoured the internet for footage to watch but come up short so are going into this game a little bit blind as to our opponent's style. Unless you count their uploads of the T Rex on skates, if the dinosaur gets rostered we'll be facing a new challenge!

We trained really hard on the run up to the Oldham game, I think we stepped up drastically from our previous game last year. We went back through the previous game and pin-pointed every weakness and focused heavily on certain aspects that were lacking; we're not perfect yet but the guys really worked hard and for the first time at the Oldham game we had in all sense's of the word: a team.

Tenerife is a complete wild card! None of us know what to expect from the team and I think a lot of the guys are underestimating how hot it's going to be; myself and Pudz have a good idea how hard it's going to be after playing in Canada [at MRDWC] last year. TMRD will have the advantage being used to playing in the heat, and I think we are only playing with 9* so it's going to be seriously tough. Whatever happens we'll do all we can do and have fun knowing we have a holiday after the game as well.

We haven't seen the roster yet and I'm not sure if anyone played in the World Cup but it's obviously quite possible.

*GCB will now be playing with 10 skaters

Five of our Brawlers are doing a sponsored leg wax to help cover the costs of skater insurance and the bus to the game in Tenerife. Whichever Brawler has the most money against their name will be getting a nice pre holiday leg wax. #waxonwaxbrawff

Whoever has the highest funds against them is going to have an itchy time in the crazy heat! 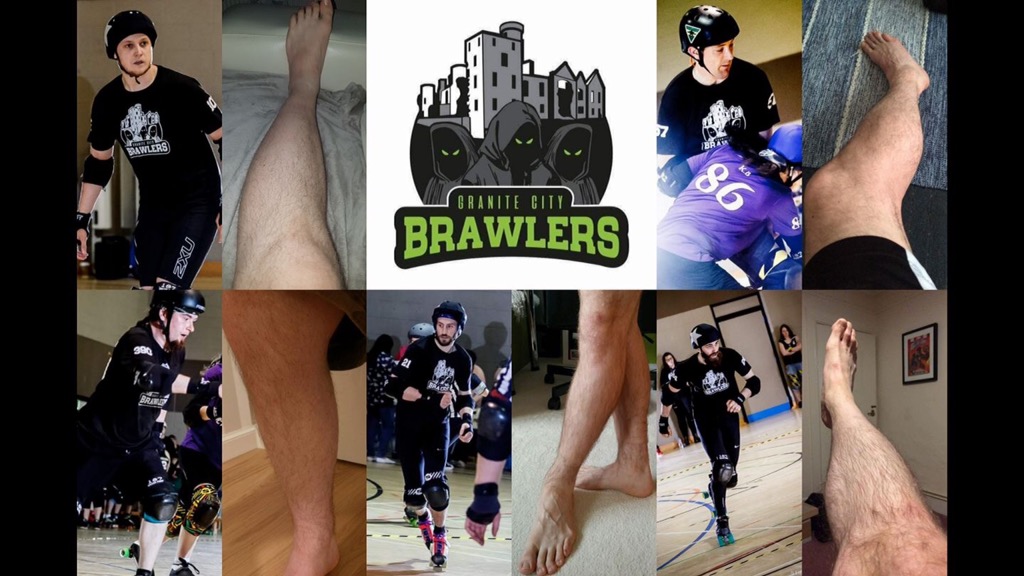 What sort of special preparation are you doing as a team/individual for playing in such a super warm place?

The team have been doing "jumper scrims" in preparation for the game to try and adjust to the heat. These have been met with sad faces from our peely wally Brawlers but have been good fun and shown off Raffers' fine selection of Christmas Jumpers.

We also invited some guests to scrim against the Brawler Tenerife roster as a warm up which went very well. Our Brawlers' hard work is paying off.

We've been training with jumpers on during scrims to help with heat training and our scrims are generally quite intense, almost "iron man" if you like, so it's good for the endurance, especially since we're playing with 9.

We had a scrim with the "Tenerife 9" vs the rest of the Brawlers, some GCRD members, and some Bairn City members last weekend, a good mixed bunch to help us prepare. They were great, totally mixed it up and they didn't take it easy on us! It went well and gave us a few more things to work on.

How does preparation for an international game differ to preparing for a local game?

We have to think about things like jet lag [not to Tenerife though! - Ed], lower roster numbers due to the distance travelled and, most importantly, the bar order; "Tres sidras por favor!"

As a team we are very excited to represent Scottish roller derby on an international scale, strengthening the roller derby community even further.

Preparing for Tenerife seems a lot more labour intensive from an organising point of view. If it wasn't for Nikki, Brawlers' Bench Manager, sorting the entire thing out I think we'd be walking from one end of the island to the other to get to the game. I did my bit as well though: I organised a rainbow of the best beach towels Scotland's ever seen! We're obviously doing our heat training and some of us have been working on our after party stamina to last the entire holiday, I guess maybe some of the guys have been working on their beach bods, not likely but maybe....

We've lost a few skaters at the start of this year/ tail end of last year but we've gained some new young blood with loads of potential and honestly the Brawlers are the strongest we've ever been.

We're looking forward to what we have planned for the rest of 2017 and can't wait to see what 2018 brings! 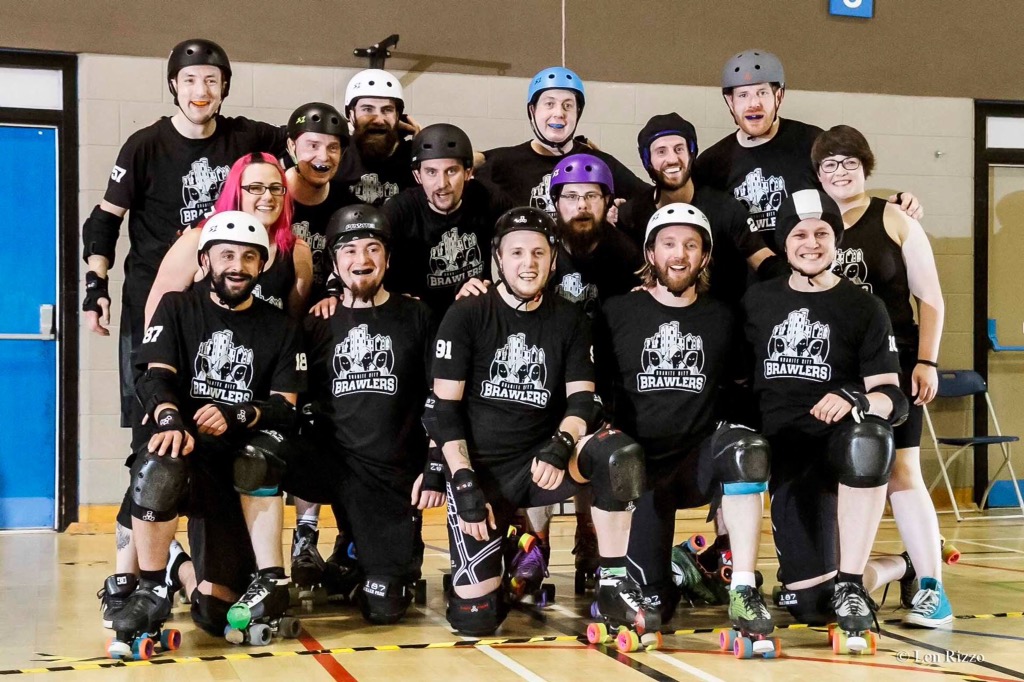 A huge 'thank you' to Pudz and Momo for taking the time to answer my questions!

I, for one, am so excited for the first GCB international game and wish the team loads of luck.