We've been a little remiss with our British Champs Northern Divisions updates since the middle of the season, so we're back a with a special catchup with our teams from each Tier, continuing with Tier 3's Granite City Roller Derby! 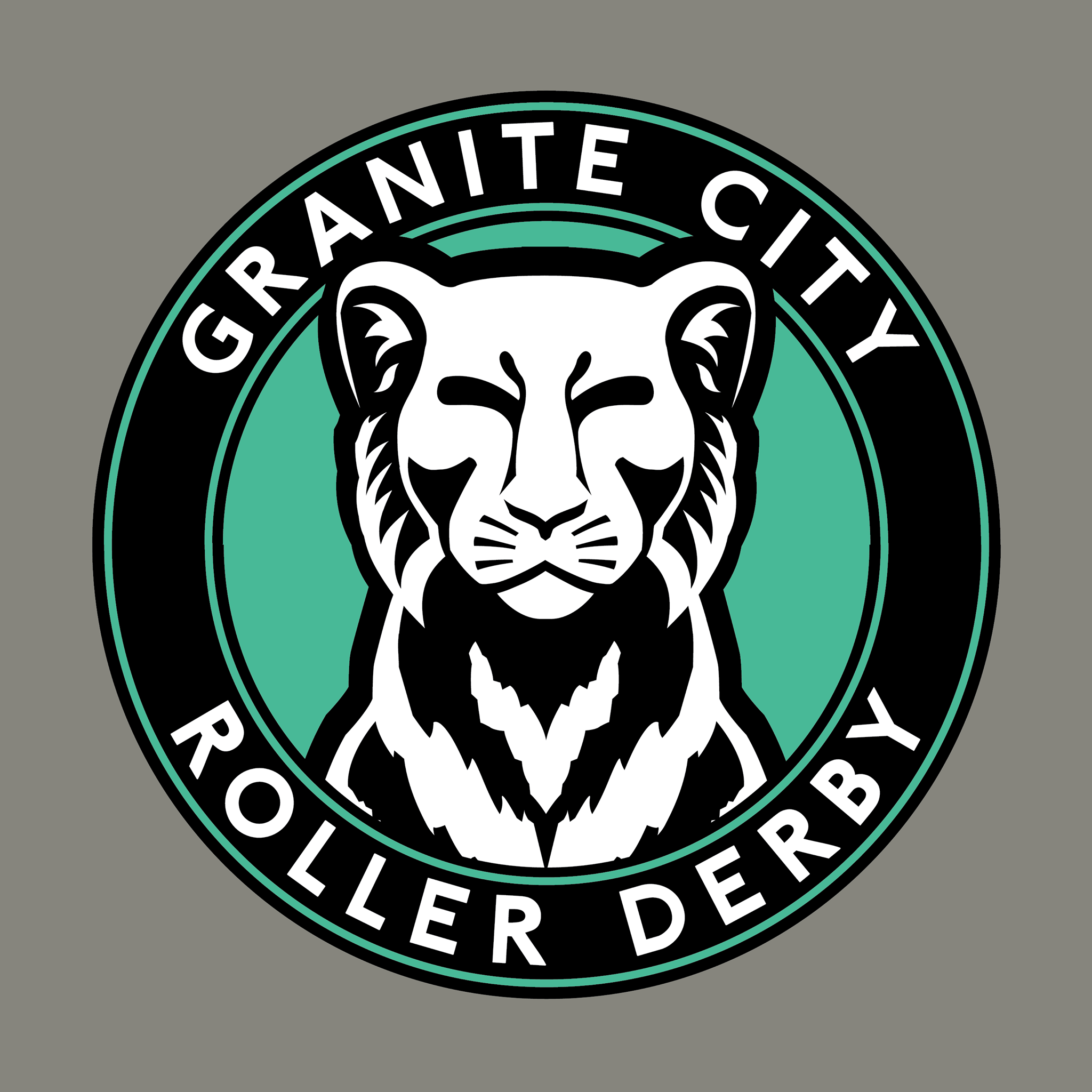 Granite City's Northern Fights had an exceptional 2016 in Champs, entering Tier 3 in 2017 by promotion after topping the table. They've continued their excellent Champs performance in Tier 3 - they currently top the table here as well, unbeaten, with extremely strong victories in 3 of 4 of their games so far. (The only close game was their first, against Halifax's Bruising Banditas.) The rest of the Tier 3 Champs table is more even at the moment with, tentatively, Auld Reekie's Reserves and the newly-rebranded North Wales Roller Derby in the most likely places to take the second top spot. We'll know more after the second-last fixtures of the Tier, today, hosted by North Wales, with the final bouts happening August in Edinburgh as Auld Reekie host.

Northern Fights co-Captain, Berocca Bama had the following to say: "2017 Tier 3 North has been a very exciting and challenging time for the Northern Fights of GCRD. As a result of hard training and solid dedication of the players and league, we have really grown and bonded as a team since Tier 4 in 2016 which meant we felt strong to compete in Tier 3 North 2017 and the results so far are far beyond our wildest dreams.

We have had so many enjoyable games, the most thrilling of which was against ARRG B. The team that ended our winning streak in 2016, we knew ARRG were going to be really tough opponents. We are sure anyone who was there to see this Champs game would agree it was a nail biter to the end!

We are looking forward to playing the Furness Firecrackers in the final Champs game in August; we know they'll bring it! It's a very important game for us, as a victory here should see us through to play-offs, if our maths is right..."

Granite City are also hosting events outside of Champs, starting with their very own tournament in a weeks time, the 29th of July! Scottish Sevens will be the most heptamerous of Sevens tournaments, with seven co-ed/OTA teams competing, each with the traditional seven skaters, in 21 minute games.

And after Champs Tier 3 North comes to an end in August (except for the Tier 3 promotion playoffs, 16/17 September), the Northern Fights will be hosting 2 games of their own, up in Aberdeen. These will also be great opportunities to see GCRD's B team, the Fight Hawks, as both events are double headers! We don't have dates for these events yet, but of course we will feature them as soon as we have more information...