Finally in our series of updates on the Northern Divisions of British Champs, we reach our Tier 1 representatives: Leeds Roller Derby.

Technically LeedsRD were new to Champs this time around, as this is their first year of competition. However, being formed from the merger of Leeds Roller Dolls and Hot Wheel Roller Derby, they have a lot of experienced skaters, and inherited LRD's position in Tier 1. The team were only just formed at the time of their first Champs games (and they are only just at the point of getting a new logo now), so this was always going to be a difficult competitive year for them. 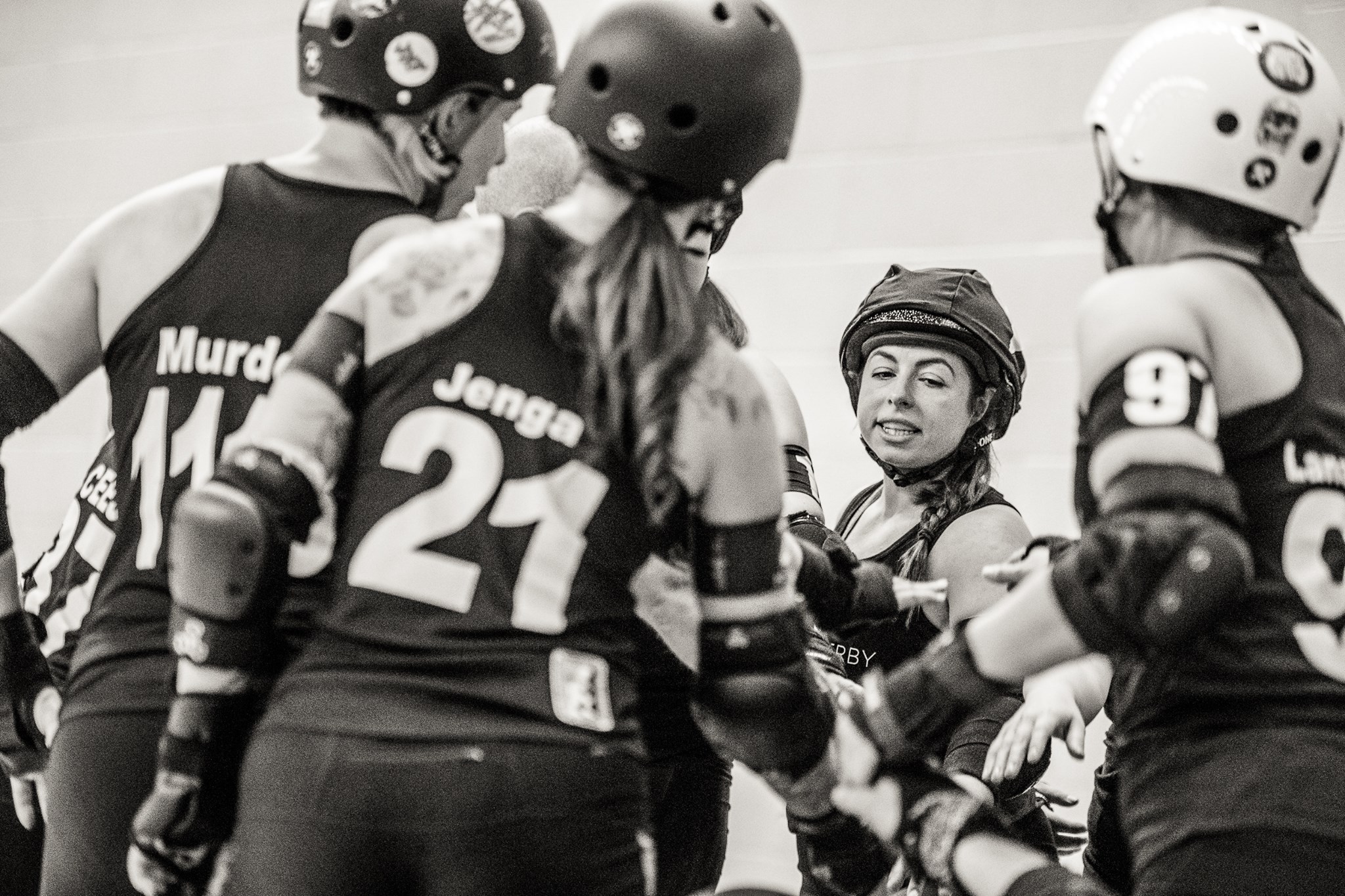 The final fixture for the Tier 1 comes in a few weeks, on the 26th August, as LeedsRD face London Brawl Saints, as do Birmingham Blitz Dames; whilst Bristol Roller Derby take on the season's likely champions, Middlesbrough Roller Derby. Sadly, the adjustments needed within LeedsRD have left them at the bottom of the table to date, but the team is positive about their rate of growth.

We talked to Leeds Roller Derby's A team co-captains, Nina and Lana Del Slay about their experience, and the future.

How has Champs been for you? Nina: It's been brilliant! As a brand new team we knew that tier 1 was going to be tough, and it has been, but we've loved it. Our first game against Tiger Bay was on 26 February - less than 8 weeks after our first ever training session as Leeds Roller Derby - and we had some key skaters out with big injuries early on. Of course it would have been amazing to have gone out there and smashed it but these are some of the best and most established teams in the country and that just wasn't going to happen - we were under no illusions about that. Lana: Back in February we said that our number one goal for the season was becoming a team, and we're really happy with how far we've come in just eight months. We've just announced our latest charter which we'll be choosing a roster for the Brawl Saints game from. We've played a few different skaters and there are a couple of new faces on this charter too. There's more and more competition for spots on the A team but also our B team too. It's exciting.

What plans do you have post-Champs? Nina: Our B team is playing Croydon away in September, which we're looking forward to... Lana: We're going to be celebrating 10 years of roller derby in Leeds in October which is a very big focus for us. There will be lots of events taking place to mark it, including the return of the Great Yorkshire Showdown, and we'll be unveiling our rebrand which we've all been working really hard on then too. 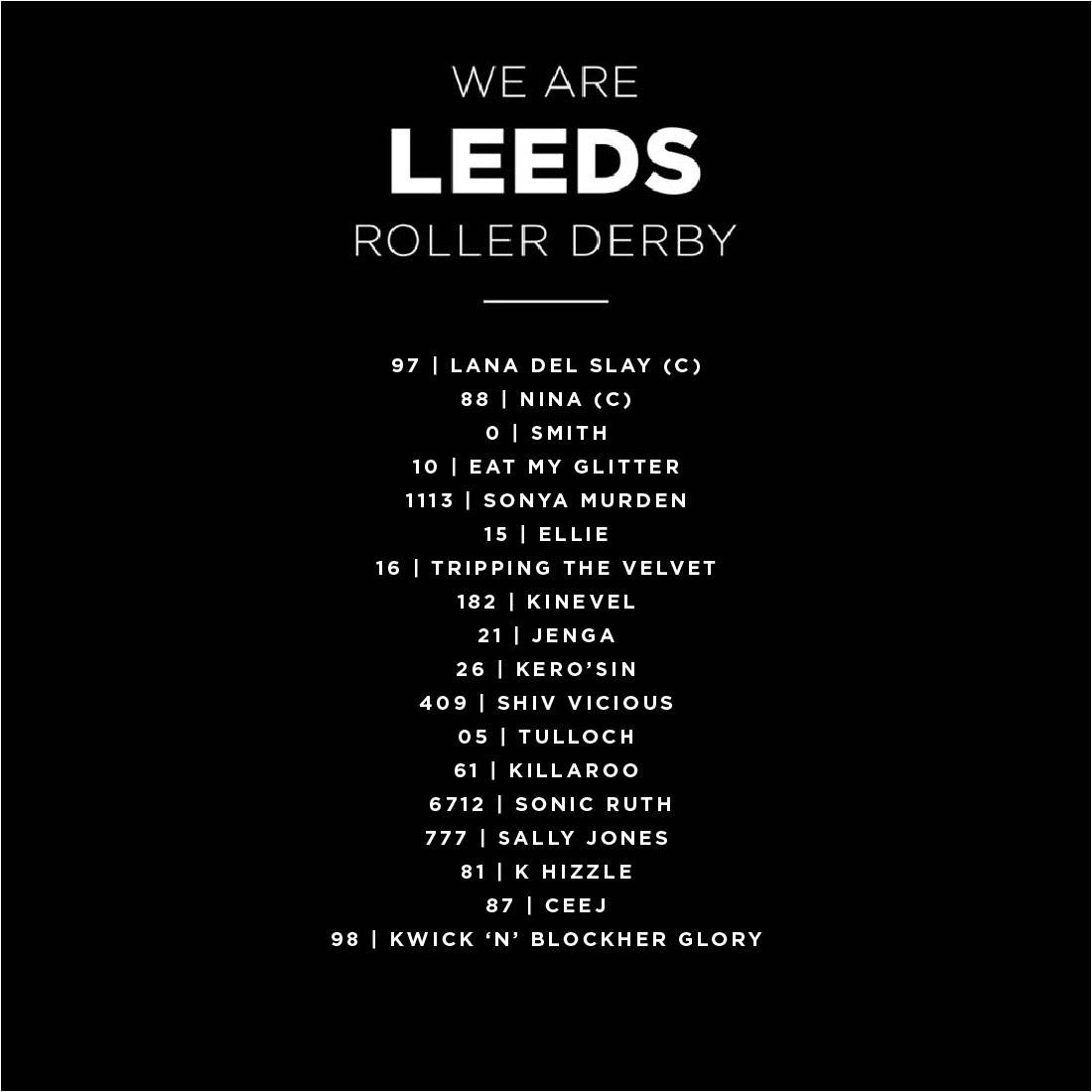 The new LeedsRD A Team Roster