Last year, the Scottish Roller Derby Community made a bit of history, by finally getting together in one place for a Big Blether. This wasn't just a disorganised chat, of course: this was the first ever Roller Derby Conference for Scottish derby, on the model of the European "EROC". On the 7th of October 2017, the vast majority of active Scottish leagues were represented by pairs of delegates [and all but one of those who couldn't make it sent statements by proxy], actively engaged in process. 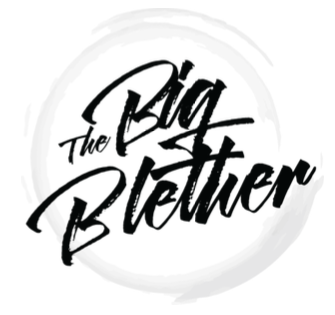 Whilst the first Big Blether was the brainchild of Auld Reekie Roller Girls' Crazylegs and Skinner, and Glasgow Roller Derby's Head Referee, Candy Moho, it was also agreed that future convocations would pass the torch onto other leagues around the country, spreading the democratic work.

So, as it goes, the first volunteers to do the hard thing of repeating previous success were Glasgow's All-Gender league, Mean City Roller Derby. Very slightly more than a year later, their iteration of the conference, Big Blether 2, is coming to central Glasgow on the 20th October.

The principal task of a repeat convention is more nuanced than that of a first meeting. The first Big Blether did great things in generating conversation; in spreading knowledge [we personally enjoyed the group discussion elements, and how well they were orchestrated] and sharing problems. More importantly, it generated actions - foci for future progress and development, mutually agreed by all those present. (It also gained Scottish derby a little bit of publicity, via an article in Five On Five magazine).

The second Big Blether will have the equally hard task of looking at those actions, a year later, and seeing what has been done, what has not; correcting course, potentially, or pushing forward.

So, it might do us well to look at what actions the first Big Blether produced, across the multiple sessions it held (these were scheduled as pairs of parallel sessions, run as facilitated group discussions):

The session on Scottish Roller Derby Oversight spread some useful information (and quashed some misapprehensions) about the existing governance structures in Roller Derby. The action produced was to develop a "Scottish Derby Lobbying Group" to provide a unified voice for the Scottish community in representing our needs and desires to larger entities. We followed up on this, and believe that at least some work was done towards this aim, but as yet there is no formal group.

The session on Game Scheduling produced some frank discussion between leagues about competition for resources; the low ratio of leagues to halls and fans (as well as to officials), the network effects which mean that smaller leagues can be accidentally outcompeted by older, more established clubs, and so on. The actions for this session were to more strongly adopt the shared Scottish Roller Derby Schedule for scheduling bouts and events (this common document is hosted on Google Docs, and made available via links in the Scottish Derby Facebook group) and to consider Sharing Fixtures with Other Leagues. We've seen use of the Schedule increase significantly since the first Big Blether, and there have been a number of "shared fixtures", so we think these actions have been broadly successful.

The session on Officiating involved some extensive discussions about the widespread issues of officials recruitment and training (and respect within leagues). The action for this session was to promote more central training and learning opportunities for Officials (on and off skates) - a Ref School to be run by Glasgow Roller Derby - and for leagues to work towards giving their officials a more "cohesive identity" to form around and generally treat them as first class citizens of the sport. The Glasgow Roller Derby Ref School has run a few sessions (and Dundee have continued to run their own series of Officiating bootcamps, extant before Big Blether); and the branding of several league's officials as their own "teams" seems to represent a start of the second action.

The session on Access to Scottish Derby revolved around the perennial issues of costs, access to halls and training certifications; as well as problems with providing kit, and burnout in "highly active" members of the community; and the less discussed issues with cultural homogeneity in derby. This session produced a lot of "personal actions" for leagues to Share More Resources, and investigate community Volunteering Schemes. It's difficult to measure how well this has been progressed without hearing from all the leagues - so this will be a point of discussion in October!

The meeting as a whole also produced actions to produce and maintain a Scottish Roller Derby Ranking, which would enable a Scottish Roller Derby National Tournament or Scottish League or Championships. These have progressed very slightly (there's an initial Scottish Derby Ranking derived from Flat Track Stats Europe ratings), but on the meat of the matter - an organised competitive structure - there's a lot of work to be done.

The second ever Big Blether will give those actioned a chance to report on their progress, as well as discussing any new topics which have developed in the past 12 months - since that year has seen three World Cups, a changing structure in other International Gameplay, and at least one new style of Roller Derby, we’re sure that there will be lots to talk about.

The 2nd Big Blether will be hosted on the 20th October 2018, in Glasgow Quakers Meeting House, Elmbank Crescent, Glasgow. G2 4PS. Final timings to be decided.

Anyone can contribute to the discussion topics on offer, and shape the schedule, via this form here: https://docs.google.com/forms/d/e/1FAIpQLSeiKb3UVcj1mKjVAeZmUVUY5krWkziPGH7HKCR4OQirmRKATQ/viewform